No Hunter investigations, no access to classified documents, and aides aren’t paid: what Republicans can’t do until they finally strike a deal to vote for a Speaker

The stalemate of Republicans in the House over who will serve as Speaker has put all other business in the lower chamber on hold, including classified briefings and investigations into the Biden family.

GOP leader Kevin McCarthy failed to win the gavel in a streak of six votes over two days. Instead of progress, he went from 203 votes to 201.

Since there are no chairmen in committees, they cannot supervise. That means the high-profile investigations into Hunter Biden, China and the withdrawal from Afghanistan have been paused.

“The Biden administration is going unchecked and there is no oversight of the White House, the State Department, the Department of Defense or the intelligence community. We cannot allow personal politics to jeopardize the safety and security of the United States,” Representatives Mike Rogers of Alabama, Mike Turner of Ohio and Michael McCaul of Texas said in a statement. 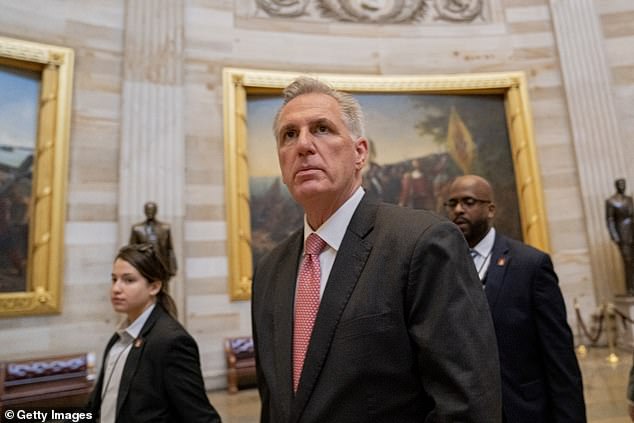 GOP leader Kevin McCarthy failed to win the gavel in a streak of six votes over two days. Instead of progress, he went from 203 votes to 201

Representative Mike Bost of Illinois, leading Republican on the Veterans’ Affairs Committee, told reporters, “We can’t organize our behavior or oversight. We cannot hold the Biden VA to account.”

He said the committee has no oversight to ensure the proper implementation of the PACT bill, passed last Congress to expand health care for veterans.

On Wednesday, Rep. Mike Gallagher of Wisconsin said he and Rep. Don Bacon of Nebraska would meet with the Chairman of the Joint Chiefs to discuss Indo-Pacific issues in the SCIF (sensitive compartmentalized information facility).

Gallagher said he was denied access to the meeting. “I’ve been told by home security that technically I’m not cleared.”

“We don’t have access to anything,” Representative Brad Wenstrup of Ohio. “The secure facility that we work in every day when we’re here, we can’t go in there right now… We’re there all the time. And right now we can’t be there at all.’

“I’m on the House Intelligence Committee. We monitor all 19 intelligence agencies. We are currently offline,” emphasized Florida Representative Mike Waltz.

There will be no legislation during the period without a speaker – committees cannot amend or pass bills and send them to the floor for a vote. 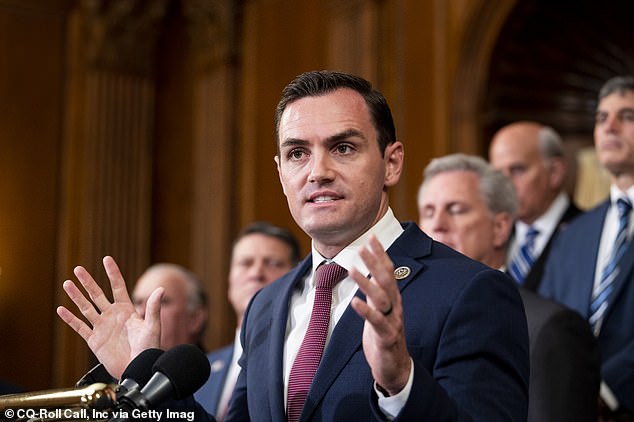 Representative Mike Gallagher said he was denied access to a secret meeting. “I was informed by home security that technically I don’t have permission”

There are also no house rules – which McCarthy negotiated with his defectors – as a speaker must oversee each convention for the rules to be passed.

If no rules package is passed by Jan. 13, the fallout will extend to staffers — those employed by committees will not be paid, according to guidelines circulated by the House Administration Committee.

The House of Representatives is entering its third day of a political stalemate that has seen little movement in a six-vote run in which McCarthy failed to become Speaker.

Overnight he conceded almost everything his dissenters had said they wanted – including a one-member motion to leave where one member can cast a vote to oust him, hand-picked committees and sub-committee chairs for Freedom Caucus members and guaranteed floor votes on border security and tenure-limited bills.

However, the concessions to the rules are unlikely to be enough to change the 20 in his opposition. The ‘Never Kevin’ faction is believed to be larger than the four votes McCarthy can afford to lose and still win the speakership.