‘We did some character building’: Twitter storm erupts after Lara Trump sends her son out into the rain

‘We did some character development’: Lara Trump comes under fire for posting video of her five-year-old son Luke crying in a dumpster in the rain during Hurricane Ian

By Ty Roush for Dailymail.Com

Lara Trump has drawn criticism after she posted a video on Instagram of her five-year-old son driving a toy vehicle in the rain as Hurricane Ian hit Florida.

Lara lives in Jupiter, Florida with her husband Eric Trump and their young son, Eric, whose middle name is Luke. The area has been battered by heavy rains and winds before Hurricane Ian makes landfall today as a Category 4 storm, with winds topping 140 mph.

In the video, Luke can be seen shielding his eyes and drawing his knees together as he drives his toy vehicle through the pouring rain.

“I thought we had a clear window, but instead we did some character development,” Lara wrote in the caption. ‘Stay safe everyone!’

Lara can be heard in the video encouraging her son, saying, ‘Oh my God, Luke. Come on, you can do it, come on. 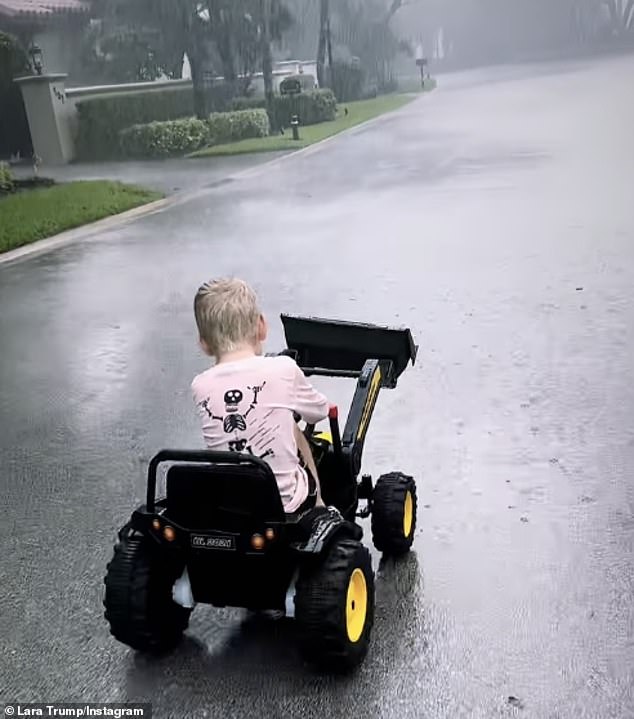 The video begins by showing Lara Trump’s son, Luke, in a toy vehicle in the rain. 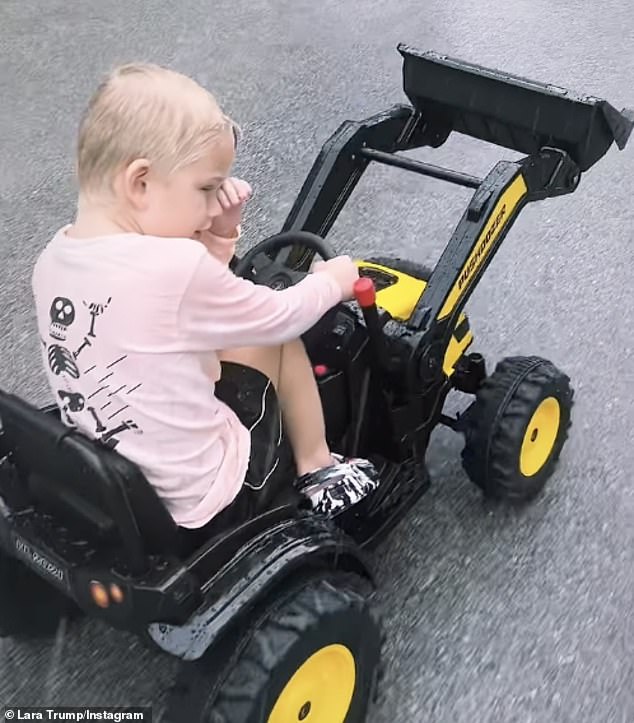 As the video zooms in on Luke, he is seen shielding his eyes and drawing his knees together. 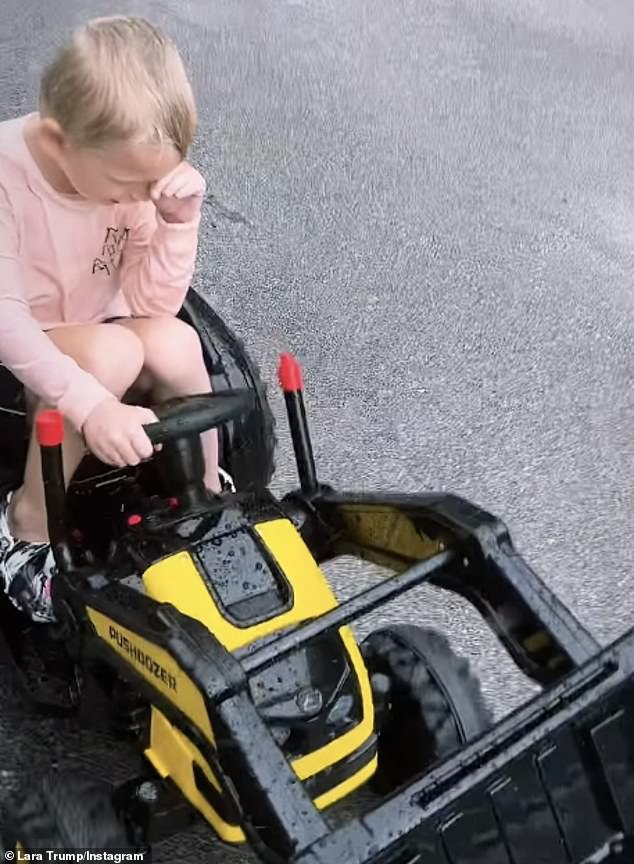 Lara then walks away from Luke to show the heavy rain caused by Hurricane Ian. 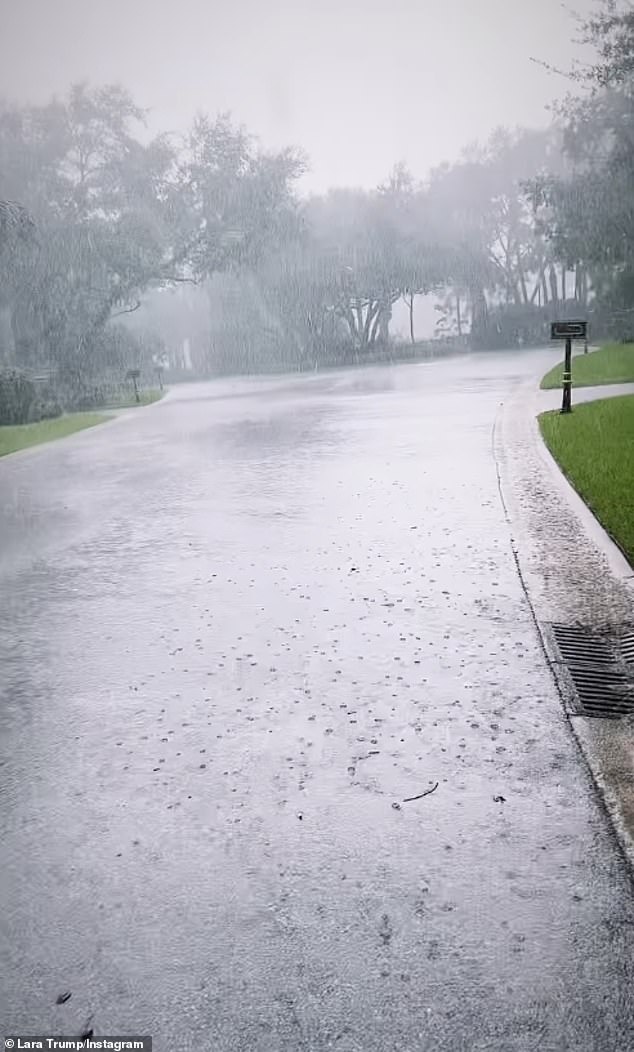 Lara moved the camera to show the heavy rain in the area. She also heard her son cheering in the video, saying, ‘Oh my God, Luke. Come on, you can do it, let’s go 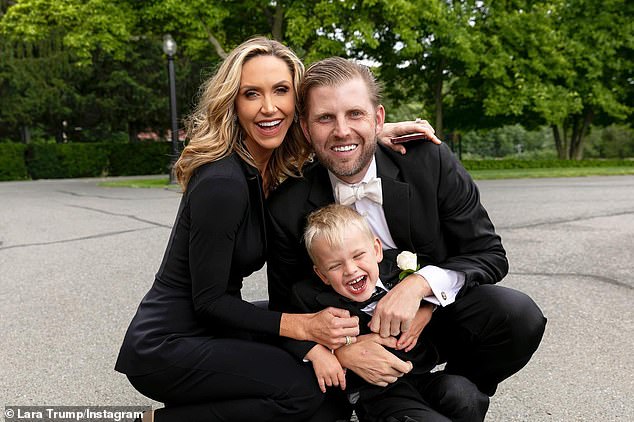 Eric L. Trump (center), whose middle name is Luke, is the son of Lara (left) and Eric (right)

After other Twitter users distributed the video, a backlash immediately ensued.

Do you agree with Lara Trump?

“I don’t know which is worse: that she did this to him or that she filmed it and then posted it as some kind of bragging,” one user wrote.

“I realized that he’s probably filming under an umbrella,” one scoffs. ‘Maybe she has enough character already.’

“That poor kid should have just kept driving until he got to the Child Services parking lot,” reads another comment.

But not everyone criticized the video: One user said they would have “loved” they could have done this when they were kids.

‘Okay, I’m going to play devil’s advocate here. This is something I would have loved to have done as a child. I loved the weather. When the hurricanes came, I was the one who wanted to be out in them,’ wrote another user, before adding that it doesn’t look like Luke is ‘having fun’. 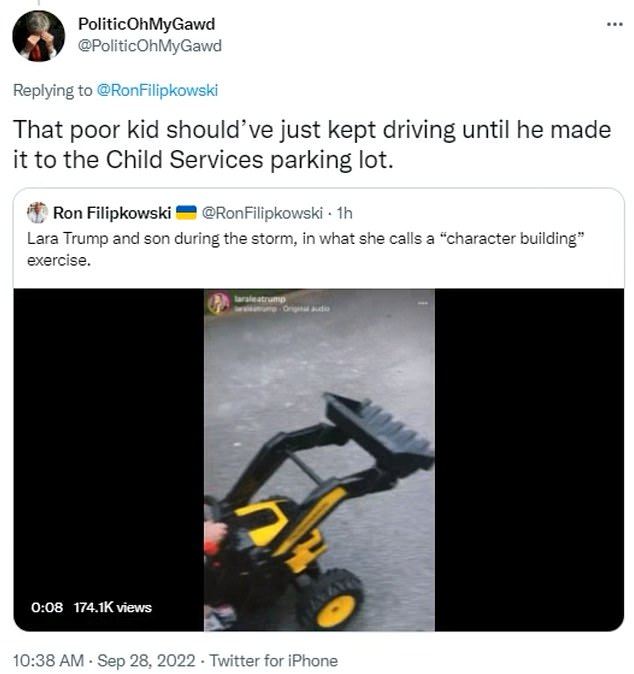 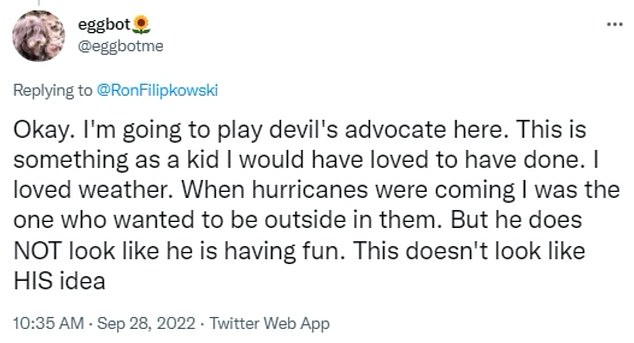 Pictured: Tweets opposing Lara Trump’s video of her son, Luke, in the rain