Detective father: Father, 38, tracked down fraudster using his bank card and chased him 550m through the city center to make a citizen’s arrest after police showed no interest in solving the case

By Ffion Haf for Mailonline

A father tracked down a con artist using his debit card and chased him through a city center for 600 years to make civilian arrests after the police showed no interest in solving his case.

Scott Dunster, 38, of Eastbourne, East Sussex, took matters into his own hands after his car was broken into outside his home and his wife’s wallet was stolen along with their joint account card.

After the New Year’s Eve disaster, he discovered that £60 had been spent in a liquor store, so he went downstairs and obtained CCTV footage of the thief using his card.

Mr Dunster took the footage to police in hopes of rectifying the problem, but when no immediate action was taken, he took it upon himself to post it on Facebook. 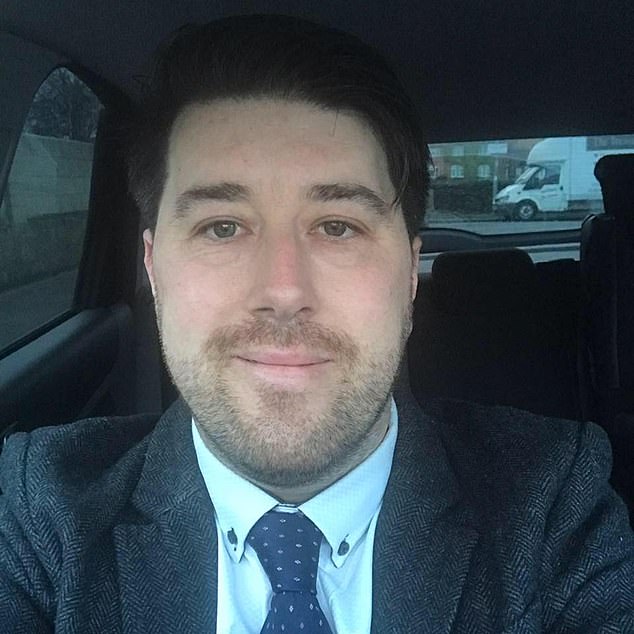 Father, Scott Dunster, 38, took matters into his own hands when police failed to take immediate action after his debit card was stolen on New Year’s Eve

The father-of-three was alerted by a friend who saw Khas on Monday afternoon, and after failing to reach police on 101, confronted the crook himself.

Mr Dunster chased the crook 550 yards through the local town centre, grabbed it and pinned it to the ground with the help of security stewards. 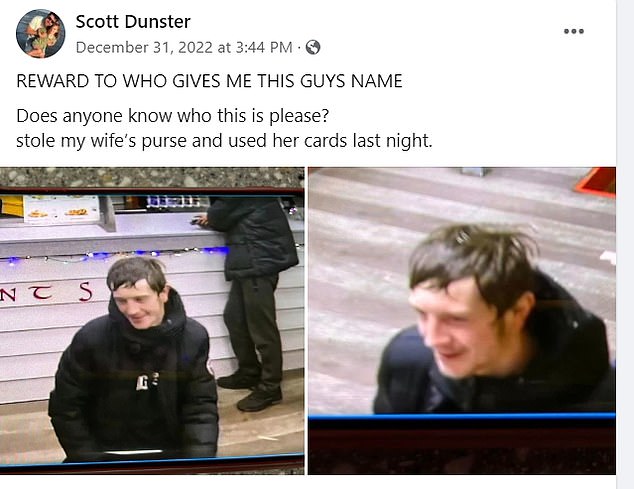 Khas was released on bail to be sentenced on February 2 – there was no evidence to charge anyone with stealing the wallet that was eventually recovered.

Mr Dunster, recruitment consultant, told The Sun: ‘I risked my life confronting him. He could be armed with a weapon. 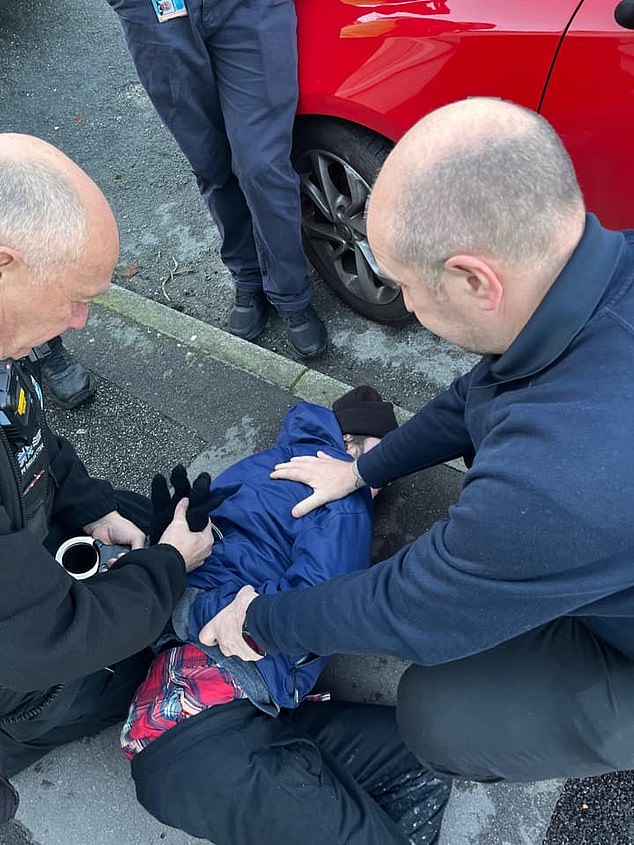 The criminal, identified as Joseph Khas, was chased through a city center where a civilian arrest was subsequently made

“But I was so angry about the lack of action from the police that I decided to do something.”

He described the ordeal as ‘two nights of hell’ and was frustrated by the lack of action by Sussex Police.

Former Met Detective Superintendent Mick Neville added: “We are seeing yet another victim of a crime that needs to be investigated.”