By Matt Powell for MailOnline

Emergency services responded to the runway at Heathrow Airport after two planes reportedly collided with each other while taxiing tonight.

It is believed that the Korean Air 777 plane collided with an Icelandair 767 plane, a witness clarified that it was not a total collision.

The incident is believed to have occurred between the two planes as they taxied.

One passenger wrote on Twitter: “I’m pretty sure we smashed another plane with the wingtip while we were taxiing.”

“We have been told that we are going to return to the gate due to a technical problem.

“But that was 15 minutes ago and we haven’t moved.” 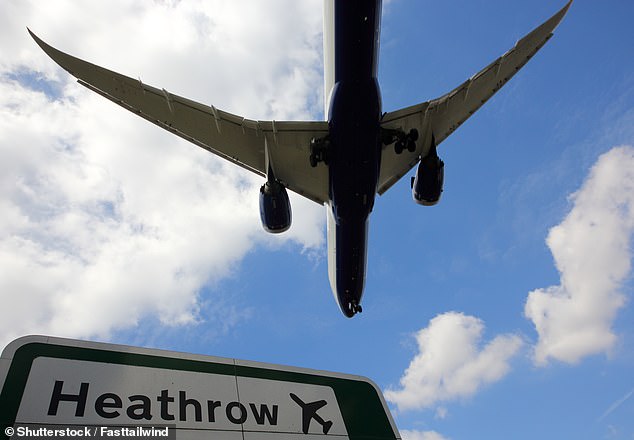 Another passenger added: ‘We hit another plane while taxiing. I saw it through the window. Wingtip jettisoned the tail of another aircraft.

While a third said: ‘Surrounded by about ten police cars and a couple of fire engines.

‘Apparently the plane has “a technical problem”.’

The same user added: ‘can’t say we felt anything from the inside. No apparent danger, no one hurt’.

Richard said on Twitter: ‘I’m on the flight they’re blocking. We were rolling onto the runway and all of a sudden we were stopped by all these emergency services.

“Now they tell us that we are going back to the gate due to a technical problem.”

This is a breaking story, more updates to follow…

Texas girl, 12, who shot her father, 38, in the stomach, dies after shooting herself