Holy well! The video shows bumbling thieves crashing into an oil change pit after robbing a Brazilian gas station, only to finally resume their flight and crash into another pit before being arrested.

By Adry Torres for Dailymail.com

A surveillance camera at a gas station in the state of São Paulo, in southeastern Brazil, captured the clumsy moment when a pair of thieves crashed into a pit where mechanics were changing the oil in vehicles.

The suspects arrived at the station located in the city of Alambari on Monday and asked one of the assistants to refuel his motorcycle before announcing the theft.

Later, the camera shows the assailant sitting in the back brandishing a gun as he escorts an employee into a store. 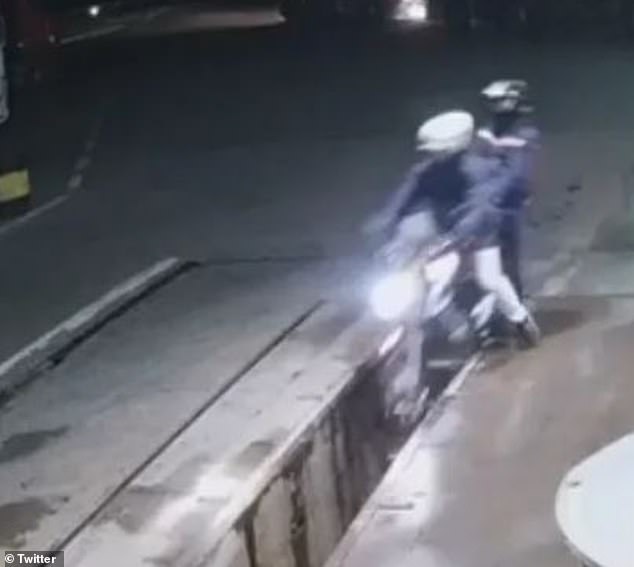 A still image from a surveillance camera shows the robbery suspects moments before they crash into a well as a gas station in São Paulo, Brazil, on Monday. 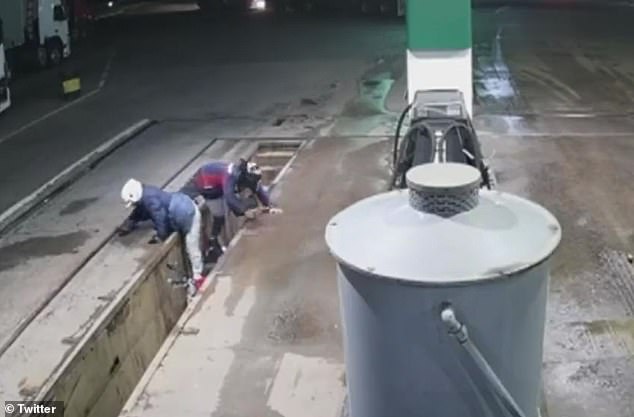 The suspects climb out of the pit they fell into while fleeing the gas station in São Paulo, Brazil, which they robbed on Monday before being arrested.

She reaches across the counter and pulls the cash out of a drawer, placing it in her bag.

A minute would pass before the gunman is seen sitting on the back of the motorcycle while his accomplice speeds up and drives around the bomb.

However, you are not aware of the large open area where mechanics perform oil changes and other services on vehicles. 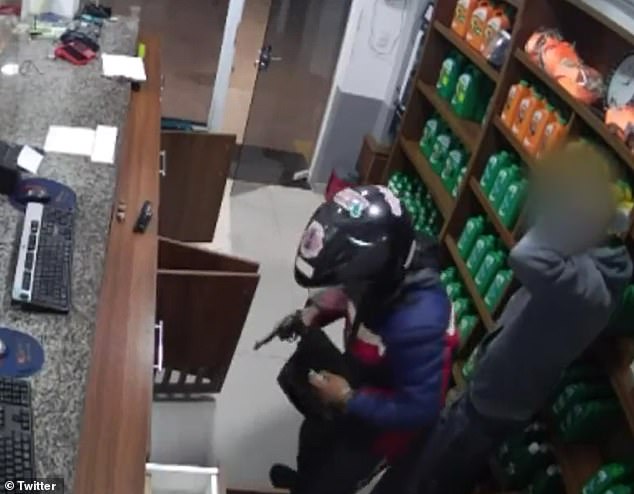 One of the two robbery suspects keeps his gun in his right hand and uses his left hand to place the cash he had taken from the register cabinet in his bag before escaping. 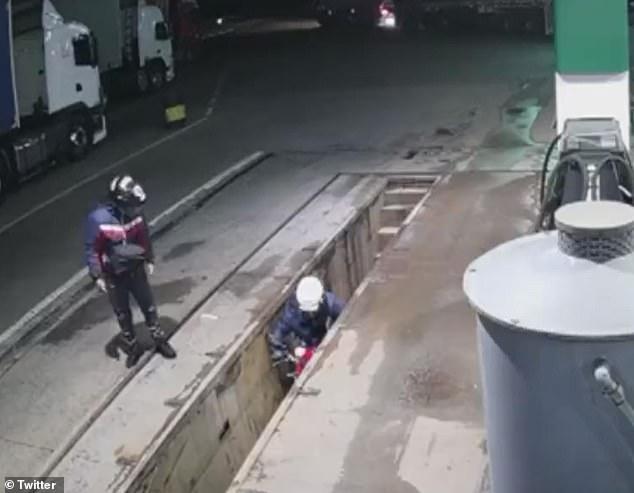 An armed robber watches as his partner positions himself to pull the motorcycle out of the gas station pit they had crashed into after trying to escape.

The suspects crash into the pit, which appeared to be about five feet below ground level, and both look at each other in surprise before the driver jumps back into the pit.

They were finally able to get the motorcycle out and continued their escape, but ran into another ditch along the road and collided, military police said.

Both suspects were arrested nine miles apart in the city of Ipatininga, in São Paulo.