The devastated family of Théo Hayez have shared heartbreaking family photos to mark his 22nd birthday.

The Belgian backpacker was last seen at the popular Cheeky Monkeys bar in Byron Bay on May 31, 2019 when he was 18 years old.

Police were alerted to his disappearance six days later after he did not return to his shelter and could not be contacted.

A massive search went through the entire area, but the only potential trace of Mr. Hayez that was found was a hat.

Investigators believe he fell from the sheer cliffs of Tallow Beach, but many others, including his family, suspect he may have been murdered.

His father, Laurent, was the first to post a photo of Mr. Hayez on the Finding Théo Hayez Facebook page. 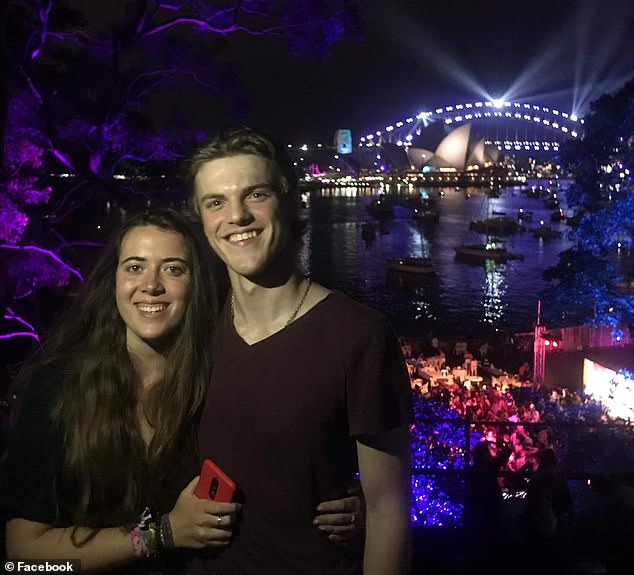 Theo Hayez (right) went missing on May 31, 2019, while backing up in Byron Bay after being kicked out of the Cheeky Monkeys bar at 11pm 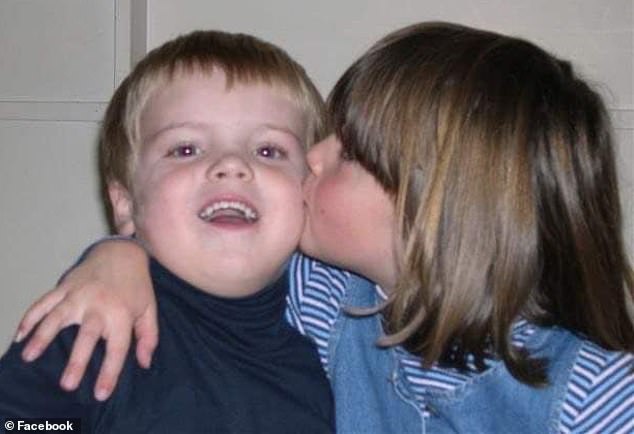 His heartbroken father, Laurent, shared a photo of Mr. Hayez and his cousin Lisa (above) to celebrate his 22nd birthday. 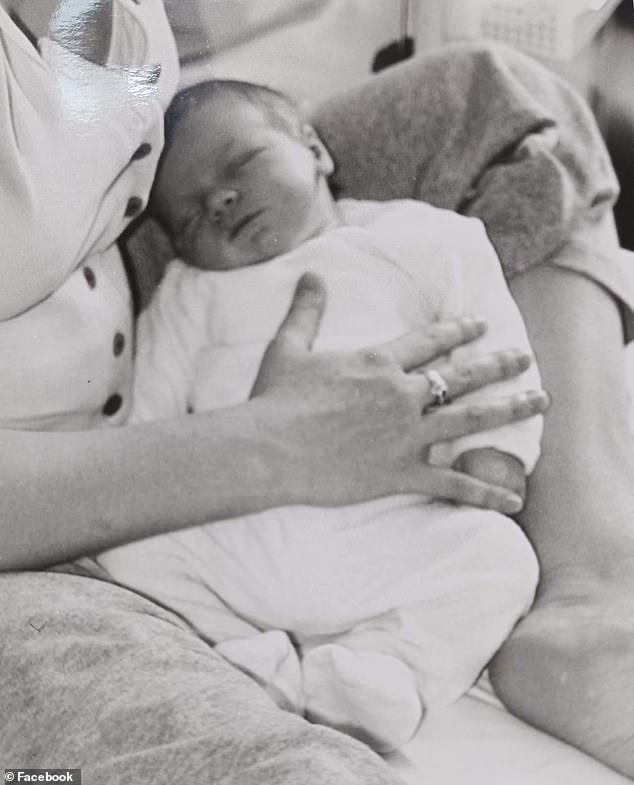 Hayez’s mother, Vinciane, shared a photo taken just hours after his birth (above) to celebrate his 22nd birthday.

The photo shows the missing backpacker as a child with his cousin, Lisa.

‘Today is Théo’s 22nd birthday. Laurent would like to share this beautiful photo of Théo and Lisa as children, as well as a song they used to listen to together, Unintended by Muse,” the post read.

‘Thank you all for your continued support and kindness on our journey to find Théo. He is so deeply loved and missed.

His mother, Vinciane, also shared a baby photo of Hayez on the page just an hour later.

“A very special photo of baby Théo, only a few hours old, of Vinciane sadly on his 22nd birthday,” he said.

An inquest into Mr. Hayez’s disappearance will hear findings from State Coroner Teresa O’Sullivan on October 21, offering his distraught family a measure of closure. 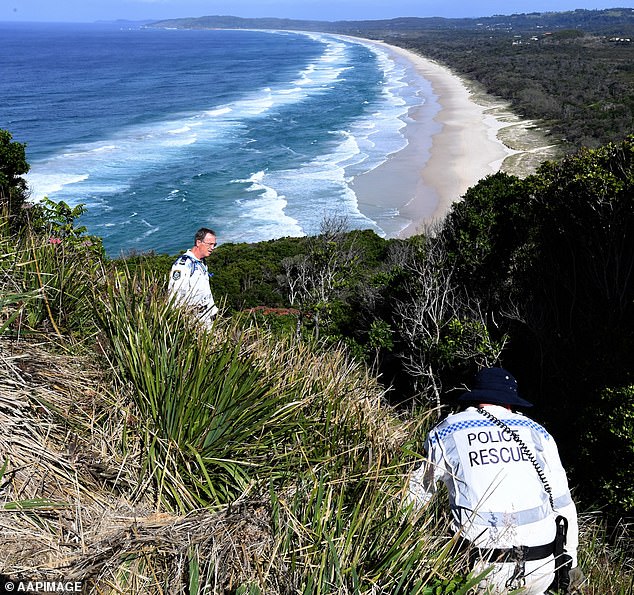 A widespread search of the Byron Bay area for any trace of Theo Hayez found only a hat (Pictured: Police search the hills around the Byron Bay Lighthouse)

His hopes were raised after private investigator Ken Gamble told the public in May that $500,000 had led to “credible leads.”

‘I am very grateful to everyone who has provided information. Some investigations are still ongoing,” he told 7News at the time.

“The recent $500,000 reward offered by the NSW government has provided new leads that are also being fully investigated.

“I’m still very hopeful that the case will be resolved.”

Mr. Hayez’s family has long believed that their son was with another unidentified person the night he disappeared.

“Each day that Théo is missing is as difficult as the day before as we navigate our endless and ambiguous grief and continue to search for answers to what happened to our son,” they said in a statement. 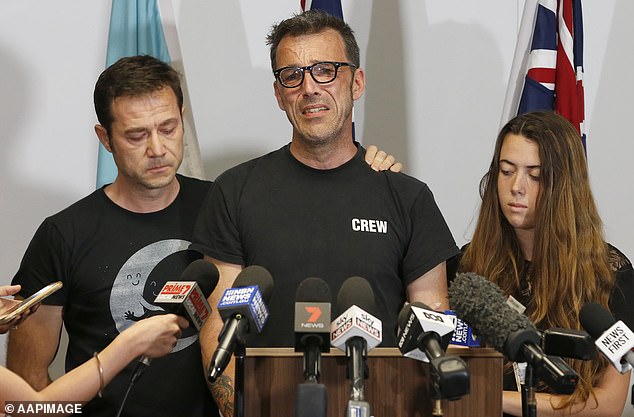 The devastated family of Mr. Hayez (above) believe he was with someone else the night he disappeared in Byron Bay 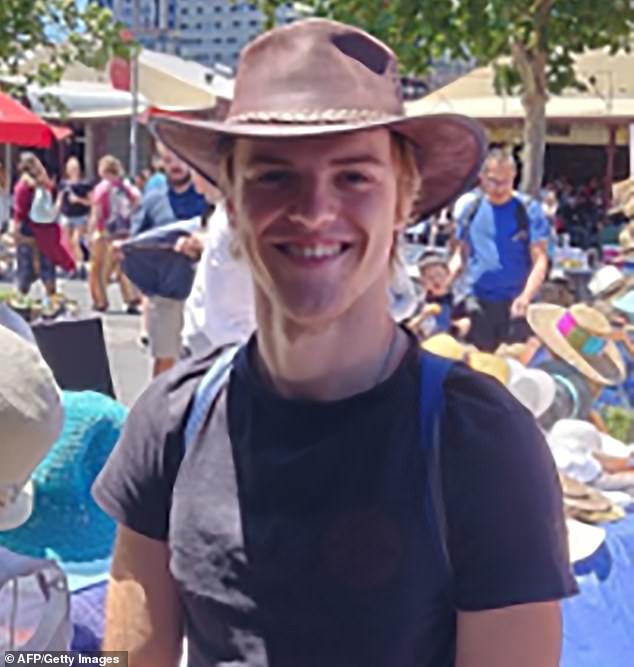 An inquest into the disappearance of Mr. Hayez (above) will be heard from the New South Wales State Coroner on October 31.

“As with all families of missing persons, we cannot properly mourn and heal as we do not have a conclusion.

“A key question we seek to address is whether she was with anyone on the night of May 31, 2019, which we strongly believe is the case considering the circumstances.

“Walking through the bushes and climbing the grassy cliff side of Cape Byron alone at night is something we think Théo would never have done unless he was with someone at the time.”

Earlier this year, the investigation heard evidence that places Mr. Hayez on a steep promontory below the famous Byron Bay lighthouse around midnight on the night of his disappearance.

Data from Google’s location services and his mobile phone connection show that Hayez walked to a local sports field after he was kicked out of the bar. 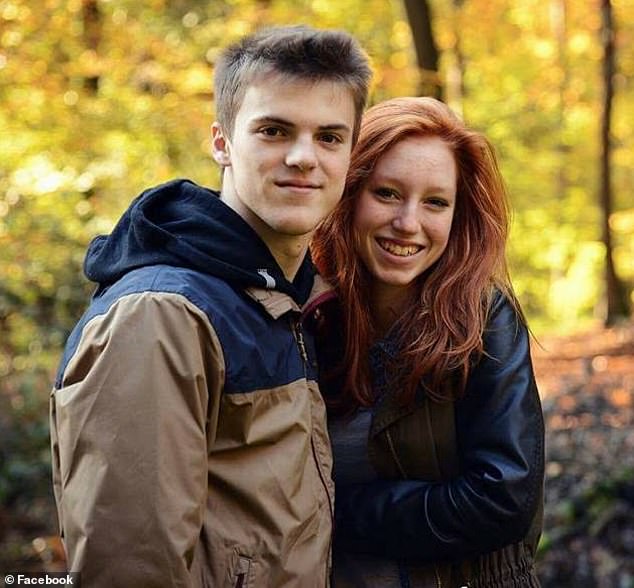 Family and friends say Mr. Hayez (left) was responsible, not a heavy drinker, kind and risk-averse 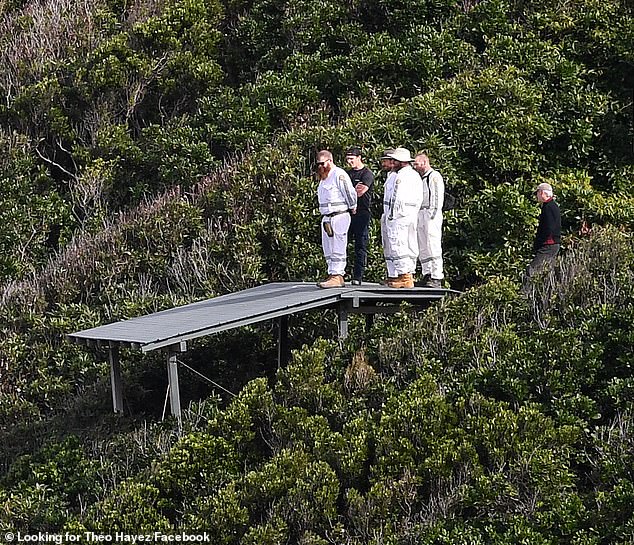 Police believe Mr. Hayez attempted to scale a cliff below the Byron Bay Lighthouse and was swept out to sea (Pictured: Police search the area)

It then made its way through Arakwal National Park to the beach below the headland, before climbing the steep climb to the lighthouse.

The phone tracking stops there.

Police believe Mr. Hayez climbed the beachside cliffs and dropped his phone before falling and being dragged out to see.

However, his family insists that he would never be reckless enough to climb cliffs in the middle of the night, especially after a few drinks.

His friends supported his family’s account of Mr. Hayez’s responsibility, saying at the inquest that Mr. Hayez was kind, responsible, and did not use drugs or drink excessively.

Other people believe that Mr. Hayez could have been disoriented due to intoxication or was trying to find a beach party at Cozy’s Corner with an unidentified person.