The war of the roads: Cyclists and drivers face each other like never before

There is a battle being waged on the roads of the nation. I’m sure you know this and it may seem low risk, but the tension between motorists and bicyclists often leads to dangerous and sometimes deadly situations.

It should not be like that. Many motorists are also bicyclists. Casualty figures from the Department for Transport released yesterday show that of the 1,558 road deaths last year, 682 were car occupants; 361 were pedestrians; 111 were cyclists; and 310 were motorcyclists. The rest of the fatalities involved other vehicles.

The Government is trying to calm things down with new Highway Code rules and moves to create a ‘death by dangerous cycling’ law. This is how arguments are drawn, or battle lines… 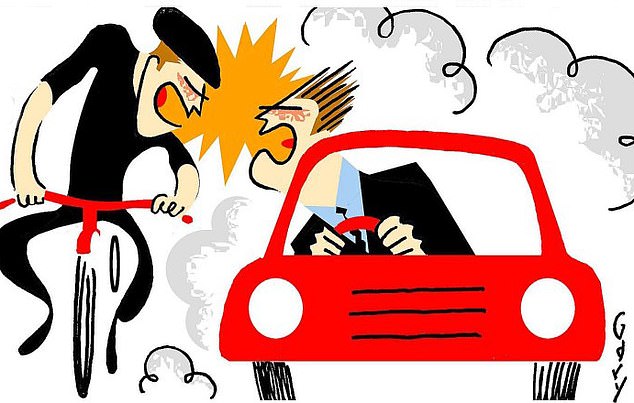 Safety campaign: The government is trying to defuse tensions between drivers and cyclists with new Highway Code rules and moves to create a ‘death by dangerous cycling’ law

But many complain that their lives are in danger every day from motorists driving too close or crossing their path, particularly those in large SUVs. Many cyclists wear head-mounted cameras, and some report offenders and use the images as evidence in court.

Motorists, on the other hand, feel that authorities seem to turn a blind eye to bicyclists’ transgressions.

Drivers are infuriated by a minority of aggressive, so-called ‘Lycra louts’ who blatantly ignore the law and traffic rules, confident that the police will rarely, if ever, prosecute them.

They pass the red lights; driving across zebra crossings at high speed, putting pedestrians at risk; and yelling at drivers who they think have been cut off or kicked into the sides of their cars.

And there was outrage from members of the cycling community when former Transportation Secretary Grant Shapps suggested that bikes should carry number plates so offenders could be easily spotted, tracked and potentially prosecuted in the same way as bicycles. offending motorists.

More fury followed as ministers announced plans to crack down on reckless cyclists with harsher jail sentences, closing an ‘archaic’ loophole that means cyclists who kill pedestrians can currently be jailed for up to two years. . 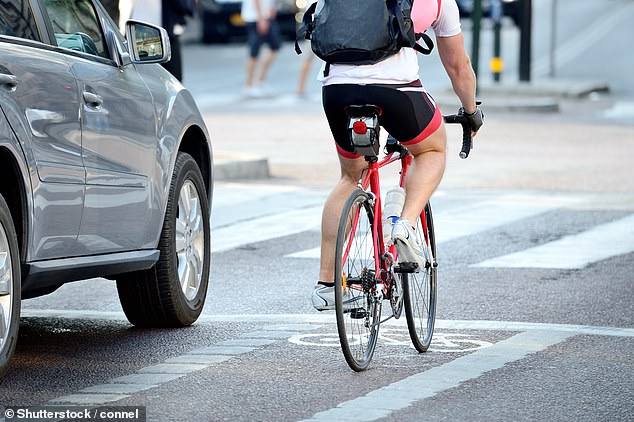 At risk: Department of Transportation figures show that of the 1,558 road deaths last year, 682 were car occupants; 361 were pedestrians and 111 cyclists

The Government seeks to treat reckless cyclists the same as reckless motorists with a new offense of causing death or serious injury on a dangerous bicycle.

The measure, as well as changes to existing dangerous and careless cycling offenses, have been consulted. The ministerial response is expected soon.

It comes after a series of controversial deaths, including that of mother-of-two Kim Briggs, 44, who was killed while crossing a road by 18-year-old cyclist Charlie Alliston in east London in February 2016. .

But he was jailed for just 18 months because there is still no legal equivalent of death from dangerous driving.

Prosecutors had to rely on the Offenses Against the Person Act of 1861, designed to cover crimes involving horse-drawn carriages, to secure a conviction for causing harm by ‘wild or furious driving’.

In contrast, a motorist can be sentenced to life in prison for causing death by dangerous driving. 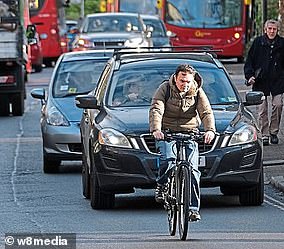 Another important change is the recently revised Highway Code, which introduces a new ‘road user hierarchy’. Those capable of causing the most harm are seen as having the greatest responsibility to reduce the danger they pose to the most vulnerable road users.

Police forces have cited this ‘harm’ argument, and its impact on reducing road casualties, in deciding who is given priority for prosecution.

The argument is that a car hitting a bicyclist will cause more damage than a bicyclist running a red light. This overlooks the fact that an errant bicyclist can cause a law-abiding motorist to swerve and hit another vehicle or pedestrians.

New Highway Code rules say motorists must be vigilant for cyclists who, in turn, must also be more mindful of pedestrians, especially when crossing the road. 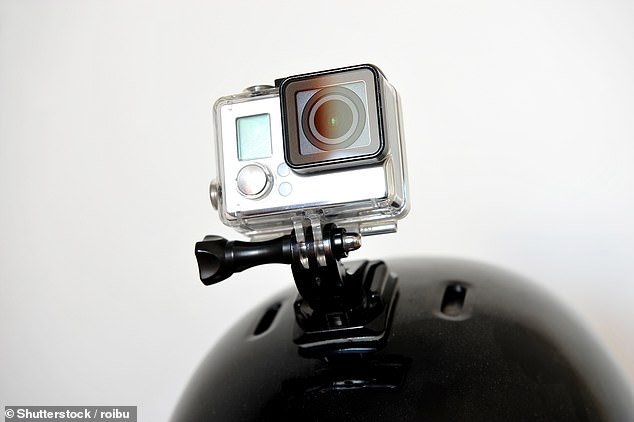 Evidence: Many cyclists wear head-mounted cameras, and some report offenders and use the footage as evidence in court.

However, any pedestrian who has been hit by a speeding bicyclist, or narrowly hit, will know that this is probably more of a hope than an expectation.

The updated Code also means that motorists turning left (as well as right) must yield to bicyclists continuing straight ahead, even if they are ‘undertaking’ inside (and potentially in a blind spot) while doing so. make.

The amended Highway Code says: ‘You must not cross bicyclists ahead when entering or exiting an intersection or changing direction or lane, just as you would not cross the path of another motorized vehicle.’

It adds: ‘Do not turn at a junction if doing so would cause the oncoming bicyclist to stop or swerve, just as a motor vehicle would.

“You should stop and wait for a safe gap in the flow of bicyclists if necessary.”

This affects the more than one in three drivers who don’t have access to off-street home charging, and makes the cost of operating an EV almost as high as filling up a car with gas. 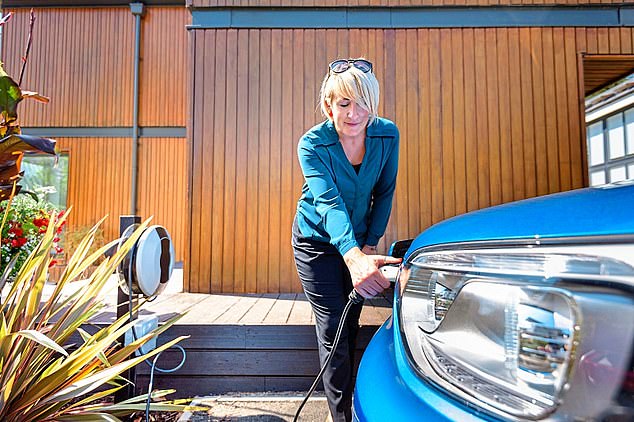 The RAC’s Charge Watch report says average pay-as-you-go rates reached 63.29 pence per kWh last week, an increase of 18.75 pence since May. This means that the cost of fast charging a typical family-size electric car with a 64kWh battery at 80 per cent has increased by £9.60 in just four months.

Such drivers pay about 18 pence per mile for electricity, up from an average of 13 pence in May. This compares to 19 pence for gasoline and 21 pence for diesel (based on an average of 40 miles per gallon).

The power price guarantee means that from October the average electric car owner will pay no more than 34 pence per kWh. The RAC says it is unfair that those who use public chargers pay 20 per cent VAT on electricity, compared to home chargers who pay 5 per cent.

A bus celebration in Brum

All aboard! It’s ‘Brum Brum’ to Birmingham this Sunday, where a family-friendly celebration of the city’s historic bus fleet is taking place at the Wythall Transport Museum in nearby North Worcestershire.

The museum’s City of Birmingham Transport exhibit is part of the 2022 Birmingham Festival associated with the city’s Commonwealth Games, and is just a fraction of its more than 90 bus exhibits. 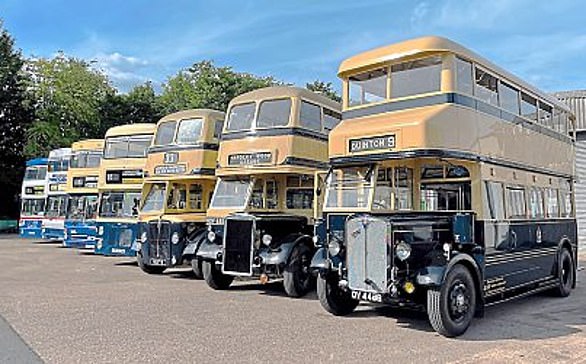 There’s even the chance to enjoy free rides on a variety of buses dating from the early 1930s to the 1990s, including a recently restored 1931 AEC Regent.

There is also a partially restored 1913 petrol-electric double-decker Tilling; a variety of Birmingham standards that served the city for three decades; and a single deck purchased for low bridge routes.

A special afternoon ‘Happy Hour’ service running from 2pm recalls the Football Specials line-up that rolled out from the Birmingham City and Aston Villa football grounds at the end of each match.

Parking is off-site with a shuttle bus, and the cafe and shop will be open all day for dining.

The museum is just south of Birmingham, near Junction 3 of the M42. Find full details of the exhibition and wider events at wythall.org.uk.

Methane could be a bigger climate problem than previously thought, study says