As the state of Florida braced for Hurricane Ian, Miami Mayor Francis Suarez was in the Big Apple for two lavish fundraisers in his honor.

Suarez’s first stop was Casa Cipriani, a posh private club for members located on Manhattan’s South Street that offers stunning views of the Brooklyn Bridge and the Statue of Liberty, according to a source who attended the event. the new york post informed.

The mayor’s next stop was the Upper East Side’s upscale French restaurant Le Bilboquet, the source told the news outlet.

While 1,200 miles away eating good food and mingling with political donors, he was tweeting Floridians to ‘stay informed and safe’ as the storm caused catastrophic flooding, winds of up to 150mph that devastated people’s homes and businesses.

Both fundraisers were held for Suarez’s Agenda for America PAC, the news outlet said. 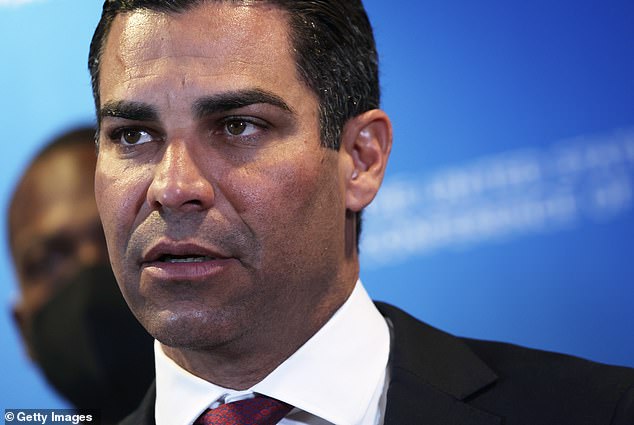 As the state of Florida braced for Hurricane Ian, one of the worst storms to hit the Sunshine State in more than two decades, Miami Mayor Francis Suarez was in the Big Apple for two elegant fundraisers of funds in his honor. 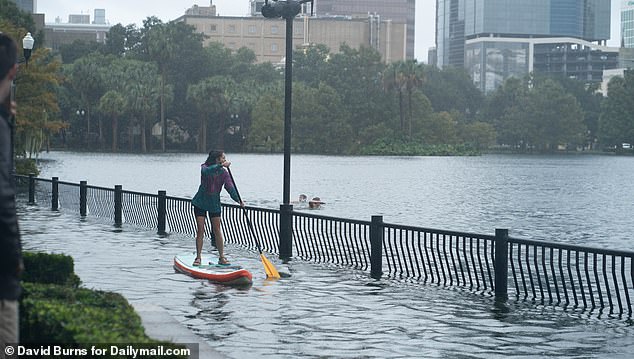 Hurricane Ian caused severe flooding overwhelming stormwater runoff. In the photo, a resident uses a paddle board to get around on Lake Eola in downtown Orlando.

It was unclear when Suarez actually reached Manhattan, but he was apparently still in New York City on Thursday morning, missing the worst of the storm as it began moving out into the Atlantic.

According to a source, the mayor was staying at the five-star Lowes Regency hotel near Central Park, but his political representative did not disclose Suarez’s agenda, The New York Post reported.

Miami was not in the direct path of Hurricane Ian’s wrath, but the mayor sent out tweets warning residents that “he and city officials were monitoring the effects of the hurricane.”

On Wednesday he tweeted: ‘In the last 24 hours, the @CityofMiami received 2.8 inches of rain and it is expected to reach up to 6 inches today and tomorrow. We should expect considerable precipitation. We are currently under a tornado watch and flood warning through tomorrow.

His Instagram featured devastating images of fallen trees and areas of Miami that were transformed into a river.

Although Mayor Eric Adams wasn’t one of those in attendance at the fundraiser, plenty of other high rollers turned out to dole out big bucks. 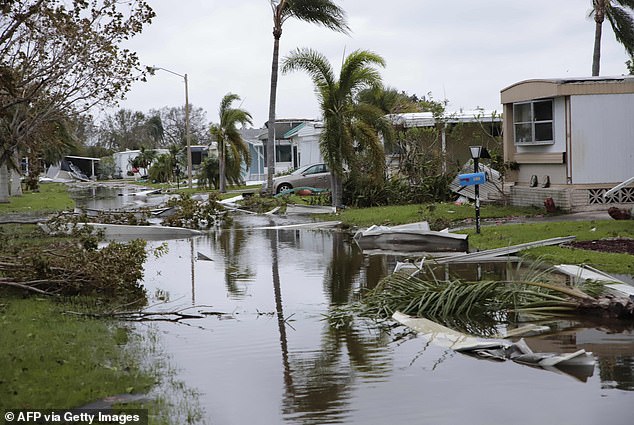 Debris covers a mobile home park in Fort Myers, Florida, on September 29, 2022, one day after Hurricane Ian made landfall. 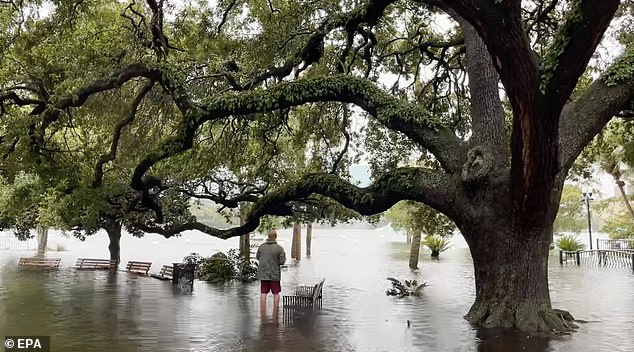 A man walks near park benches near Lake Eola in a flooded downtown area after Hurricane Ian, in Orlando, Florida

At Casa Cipriani, suggested donations started at $2,500 up to $10,000, according to an event flyer obtained by The New York Post.

Sources said about 40 people attended the event which brought together “real estate guys, developers, a lot of different people who came out to support it,” but there were no elected officials, a source said.

That event was organized by Casa owners Michael and Joe Cayre and Anthony Carone, the brother of Frank Carone, Mayor Eric Adams’ chief of staff, who is reported to be leaving at the end of the year, the sources said.

Suarez has been Miami’s mayor since 2017 and has been one of the top Republicans likely to run in the presidential race to watch in the 2024 and 2028 races, according to a report.

Mayor Francis Suarez was contacted by DailyMail.com for comment.