Texas girl, 12, who shot her father, 38, in the stomach, dies after shooting herself

The 12-year-old Texas girl who shot her 38-year-old father in the stomach dies after shooting herself in a “murder pact with a friend to kill their families and pets,” before another girl back down

By Emma James for Dailymail.Com

A schoolgirl who shot her father as part of a pre-planned murder pact she made with her friend has died after shooting herself in the head.

The 12-year-old girl died on September 22, two days after shooting her 38-year-old father in the stomach at their home in Weatherford, Texas.

He has since been released from the hospital and is expected to make a full recovery according to authorities.

Police confirmed that the girl and her friend, 12, from Lufkin, had spent weeks plotting to kill their families and pets before leaving for Georgia.

The Weatherford girl ended up pointing the gun at herself in the street after opening fire on her father.

She was discovered by officers with a gun under her, with her cause of death listed as suicide.

The second 12-year-old girl was arrested and charged with conspiracy to commit murder. 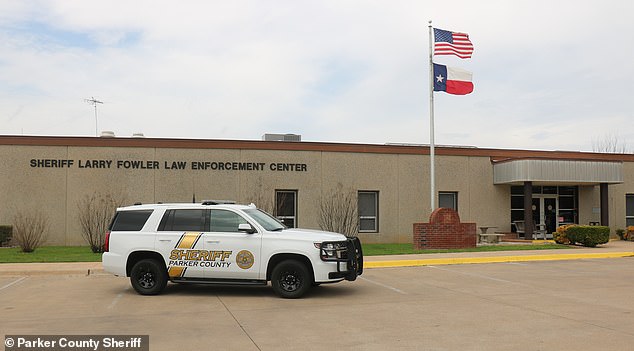 The two girls spent weeks plotting to kill their families, and their pets, before leaving for Georgia together.

The Tarrant County Medical Examiner’s Office performed an autopsy and ruled the cause and manner of death to be suicide by gunshot wound to the head.

His father, who was the victim of a gunshot wound to the abdomen, was recently released from hospital and is expected to recover.

“The second 12-year-old girl from Lufkin, who sheriff’s investigators believe was involved in planning the shooting, was arrested last week and charged with conspiracy to commit murder.”

Officers responded to reports of a shooting around 11:30 p.m. Tuesday about 30 miles west of Fort Worth.

Both father and daughter were airlifted to hospital, where the 12-year-old girl was pronounced dead two days later. 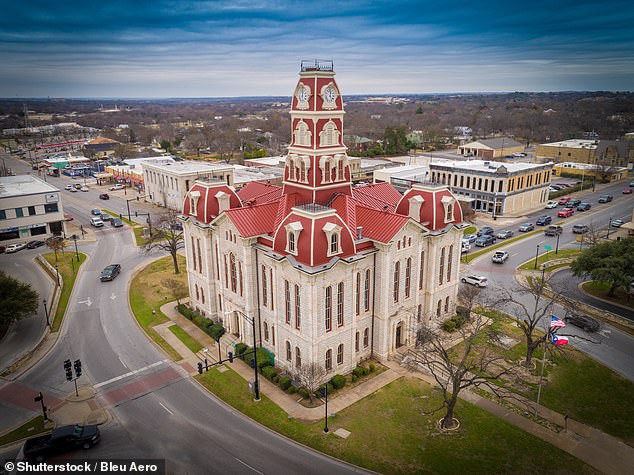 Cops said they responded to reports of a shooting around 11:30 p.m. last Tuesday in Weatherford, Texas, a small town about 30 miles west of Fort Worth.

She had planned to drive 230 miles to Lufkin to pick up her friend before the couple began their escapade.

It is not clear why the girls wanted to kill their families and flee.

‘It doesn’t matter if you live in a small town or a big city. Unfortunately, things like this can happen,’ Lufkin director of communications Jessica Pebsworth said.

“I will say that this case is definitely a time to remind parents that it’s really important to know who your kids are friends with, whether it’s in the classroom, on social media apps, Snapchat, TikTok, and then also on gaming platforms. “.