Dragons great Matt Cooper reveals why he didn’t attend the 2010 premiership meeting, as he opens up old wounds and reignites a bitter feud with the club.

St. George Dragons legend Matt Cooper skipped the club’s 2010 grand final meeting saying it would have caused problems with a former CEO and an anonymous teammate, suggesting on Twitter that he would reveal all about his nasty retirement next year.

Cooper, 43, was a key center back in the team’s 2010 premiership season, where he played all 13 years of his career with the Red V club. 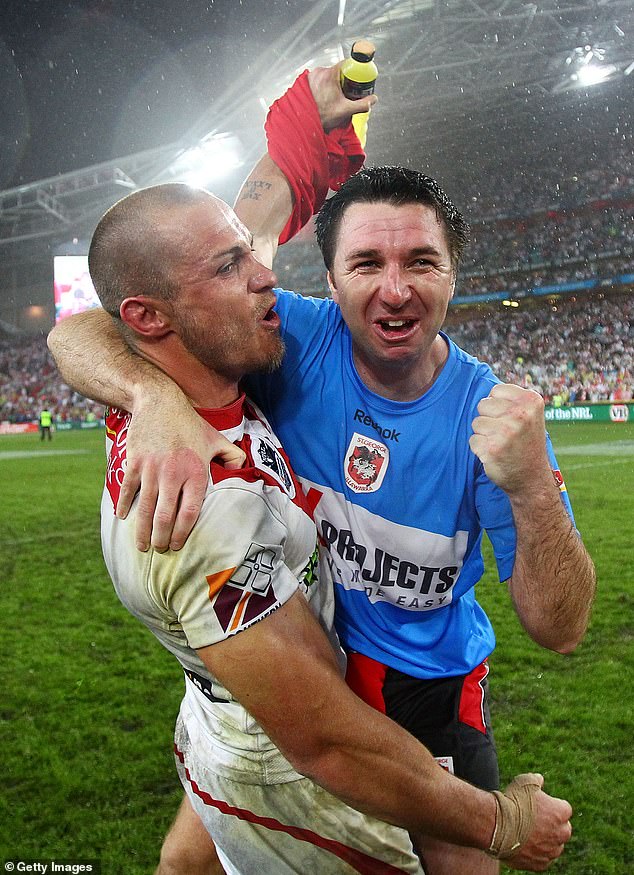 However, 12 years into a landmark year, Cooper opted to stay away from the reunion celebrations to avoid causing trouble with former CEO Peter Doust and a mysterious team member.

‘I want to apologize to my 2010 premiership team for not attending the 10-12 year meeting. The reason I didn’t attend was that I didn’t want to make a scene and ruin a special occasion! Knowing that the former CEO and a player who didn’t even play the game would be there,” Cooper posted on Twitter.

One follower replied ‘it would have been a good opportunity to be the bigger man and ignore said people’.

Cooper responded, writing “not if you knew what Doust did to me.”

I can see a lot of people wondering why I sent that tweet, it was my only way to let players know why I wasn’t there. As to why, it has to do with what happened to me when I retired, I’m not ready to share that right now, but the truth will come out next year. 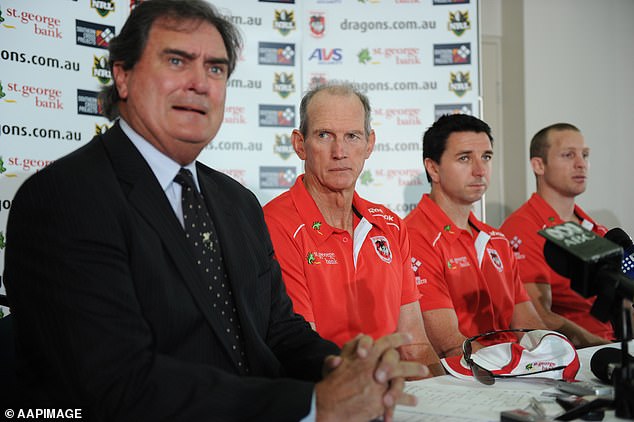 Doust retired from his executive role in 2018 after 18 years with the club, while Cooper retired at the end of the 2013 season and struggled with an addiction to painkillers when he fell out of the game.

The Australian center made 243 appearances for St. George and was emotional at his retirement press conference with Doust by his side.

“He has been an important role model and, in particular, a vivid example of our local youth development programs and an inspiration to rugby league players in our region,” Doust said at the time. 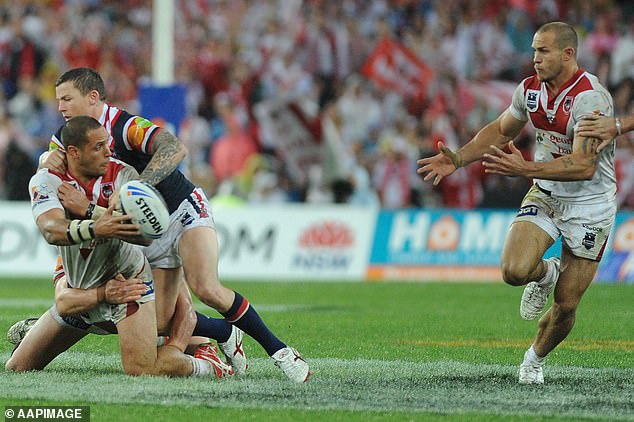 During their career, Cooper and Doust were apparently good friends and had a strong working relationship, leading the chief executive to become the longest-serving club executive in NRL history.

Doust reportedly promised the center a job with the Dragons after retirement, but backed out of the deal soon after.

I can’t believe 3 players went to the #redv awards night!!! Actually I can! The club no longer has loyalty or honor. That all stopped when Wayne Bennett left,” he tweeted.

In reference to the no-limit player that Cooper tweeted about, it is subject to speculation. 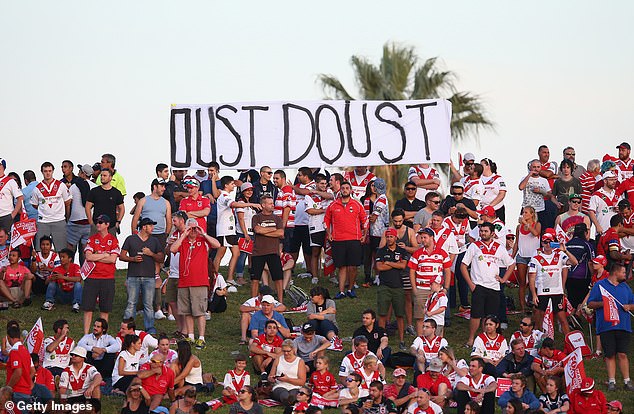 Dragons fans hold up an ‘Oust Doust’ sign during the 2015 NRL season as the club began to collapse in form and management.

Former Dragons CEO Peter Doust was eventually kicked out of the club, and it’s clear there’s some discontent between him and Cooper.

Former Dragons center Kyle Stanley was part of the 2010 roster but did not play in the grand final.

He now has a role in the St. George junior trail system with his brother Chase.

Cooper made a cameo on Channel Seven’s Big Brother VIP after his previous jobs on Dancing with the Stars and Celebrity Apprentice.

The former vanguard is working towards a career in MMA and is good friends with the UFC’s No. 1 pound-for-pound fighter, Alex Volkanovski.