A mom who felt like she had “no idea what she was doing with money” or how to manage her finances saved $100,000 in just five years and paid off half of her mortgage. She described the impact as “life-changing.”

Pharmacist Sandy Gokal, 32, from Sydney, said that when she was growing up, money was not something “openly discussed” at home with her parents, and that by the time she was in her 20s she had little experience managing of her own money.

However, this all changed after she completed an online financial education program after getting married and buying a house.

Now, five years later, Sandy and her husband have a six-figure investment portfolio, have saved $100,000 and paid off half of their mortgage. 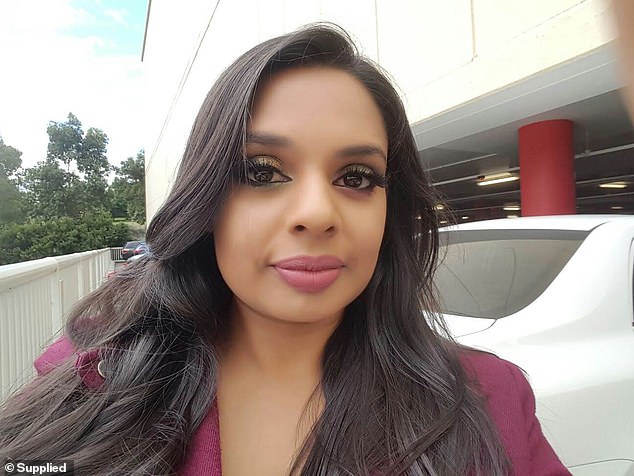 A mom who felt like she had “no idea what she was doing with money” or how to manage her finances has saved $100,000 in just five years and paid off half her mortgage (photo Sandy Gokal)

Sandy said she knew she had to change her attitude about her finances in her late twenties and financial responsibilities:

“Growing up, money wasn’t something my parents talked about openly,” she told Daily Mail Australia.

“They said it was important to save money, but that was it. Investing was a completely foreign world to me. I didn’t know it was something ordinary people like me could do.’

She added, “By the time I was in my late twenties, I had just gotten married and we had bought a house together.

“While we weren’t bad at saving money, I now had a huge mortgage and still had no idea what I was doing with my finances. It was nerve wracking.’ 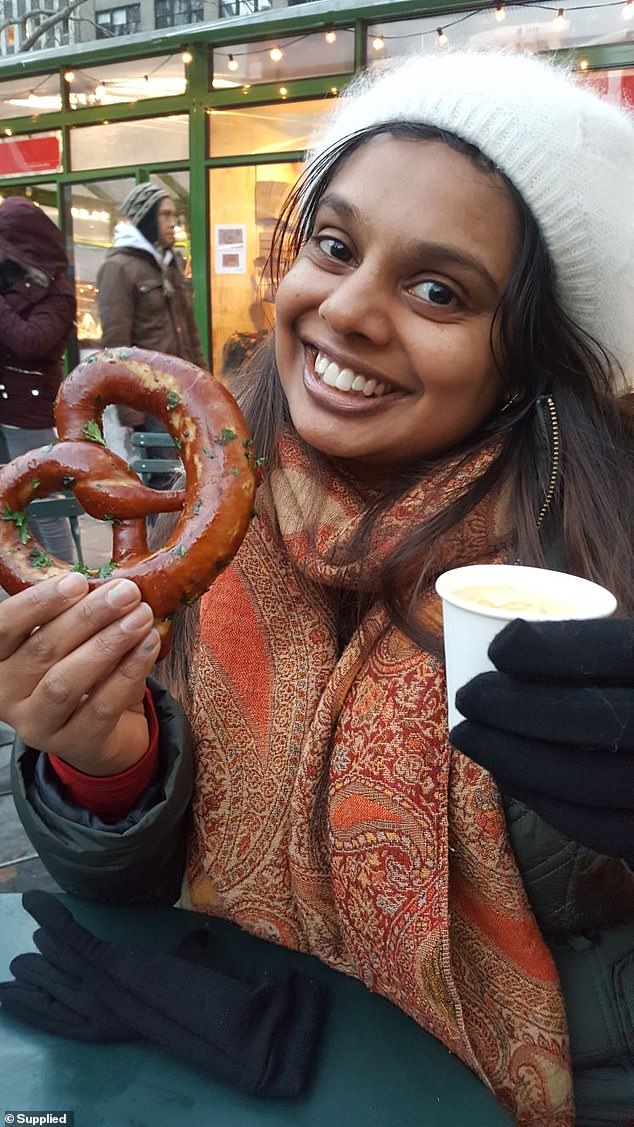 SkilledSmart is a financial education platform for adults to learn about money and personal finance, founded by Paridhi Jain after she realized that most Australians could not afford a financial advisor.

The Mastering Money online program covers all the fundamental topics of financial planning, including budgeting, investing, retirement, and more.

“I needed something that was practical and suitable for beginners because I had no experience in finance,” Sandy recalls.

“I found the Mastering Money course and it looked perfect. Within a few weeks I could already see that it would change my life.

“For the first time ever I felt like I understood my money and that was so powerful and exciting.”

She added: “It wasn’t just basic budgeting, but it went into topics like retirement, investing and taxation and it broke everything down very simply, very step-by-step, and in a practical way so that I could apply it to right away my real life’.

Sandy’s tips for women who want to save more money

1. Pay attention to the little things: It’s cliche, but the little things add up over time. Once she started caring more about her financial future, she found herself thinking twice about whether she really wanted to spend money on something or if she would rather use it for her future.

2. Create a streamlined system to manage your income and expenses: One thing Sandy took out of the program was a clearer structure for setting up her accounts in a way that made saving much easier. Otherwise, you can waste a lot of energy trying not to spend money, but still not see your bank balance change, which can be frustrating.

3. Get clarity on your goals and values: The program helped Sandy get clear on what her goals and values ​​really are, and once she had that clarity, she was more motivated to save money for the things she cared about. It’s not that motivating if you’re just saving for the sake of saving, without knowing why. 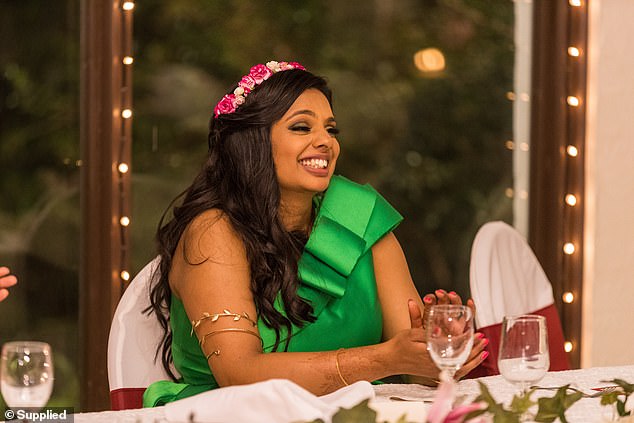 Sandy (pictured) has invested thousands in Exchanged Traded Funds (ETFs), and she’s also tripled her retirement and paid off half her mortgage

Sandy said she saw quick results from the course and saved thousands within a few months.

In fact, she found the confidence to invest her first $10,000, “fixed” her retirement by making voluntary contributions, and quickly began paying off her mortgage.

They have now invested thousands in Exchange Traded Funds (ETFs), which are listed on the Australian stock market.

Sandy said she did this even though neither she nor her husband are considered typical “big earners.”

The mother, who has just given birth, said she wants to pass on the skills to her child:

“I’m excited to have the skills to give my child the financial education I never received growing up,” she said.

“I will have open conversations about money, teach them how to start investing and set an example of good behavior from a young age.” 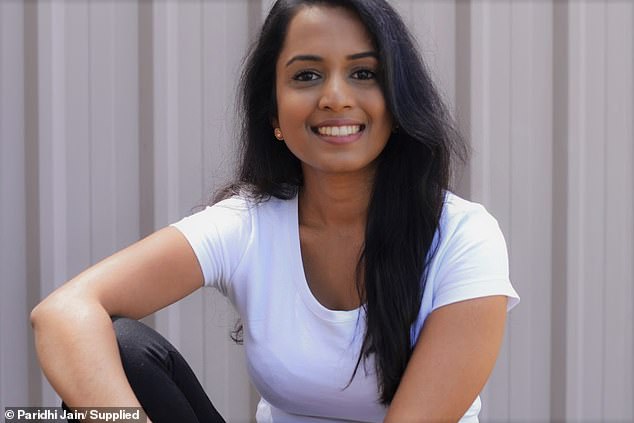 Paridhi Jain (pictured) is the founder of SkilledSmart, an independent financial education platform that helps adults learn how to save and invest their money

Sandy shared the three tips she says have helped her achieve her big financial goals in just a few short years.

Investing is the key to building wealth

The first is that investing is absolutely key to building wealth.

“Before the program, I didn’t really understand how money is used to create wealth through investing, or what the purpose of investing was, or what role it played in my financial future,” Sandy said.

“I found the idea of ​​investing intimidating because it seemed complicated and risky.”

But during the program, the 32-year-old discovered how “important it is” to invest your money to build real wealth, and “what a big impact that can have on my future.”

She said she now understands that investing is like “fast tracking” your ability to create wealth; otherwise you’ll work for a long time without ever feeling like you’re getting ahead.

The second lesson she learned is the importance of taking control of your super.

‘Before the programme, I hadn’t thought too much about my pension. It was just something my employer contributed to, and it was mandatory,” Sandy said.

“But it woke me up to the big role it can play in my financial future and how an active interest in it can have a big impact on the balance sheet I eventually retire with.”

Sandy said she learned that retirement is an investment, so she started making voluntary contributions. She has now tripled her balance. 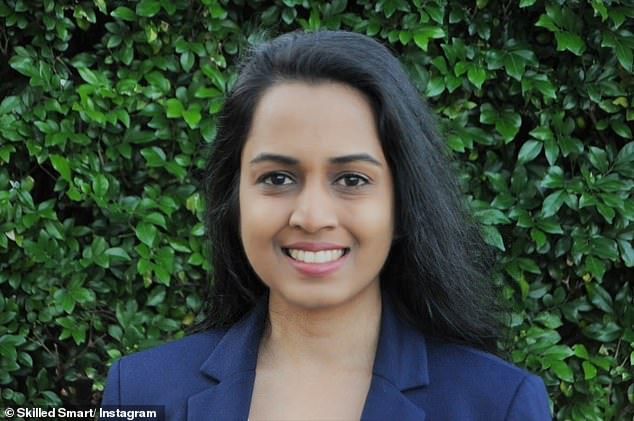 Everyone can learn to manage money well

Finally, she said she has learned that everyone is good with money – you don’t need a financial education.

‘I used to change channels as soon as there was financial news, or I started a conversation when people brought it up. It was boring and complicated.’

But now the mother said that she feels in control of their household finances and manages them successfully.

“With a little effort and guidance, anyone can learn to manage money well.”

Paridhi Jain is the founder of SkilledSmart, an independent financial education platform that helps adults learn how to save and invest their money.

For more money tips, you can get a free e-book from them on five money mistakes that will cost you thousands websiteand follow them up Instagram.

A celebration turned into a nightmare for one couple on the dance floor.