By Kieran Lynch for Mailonline

Shakhtar Donetsk sporting director Carlo Nicolini has hinted at what it may cost Arsenal to sign target Mykhailo Mudryk.

Sportsmail previously reported that the Ukrainian side are expected to reject the Gunners’ enhanced offer of £62m for the 22-year-old striker.

Nicolini has hinted that Manchester United are to blame for Arsenal’s troubles in closing the deal, suggesting that Mudryk is a “stronger” player than Antony. 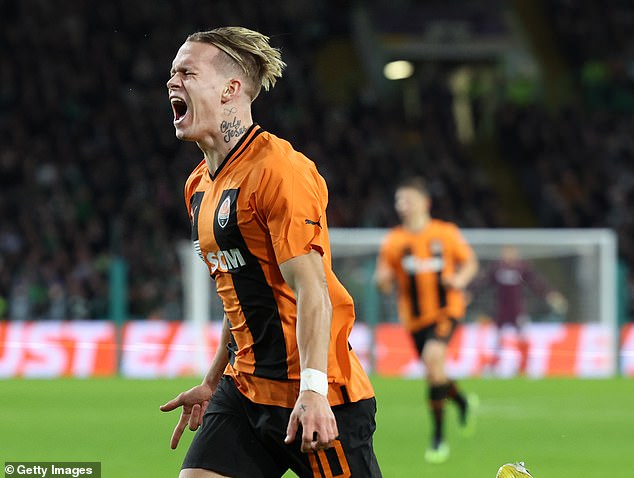 The Brazilian winger joined the Red Devils for £85m, and Nicolini’s comments suggest Arsenal will have to pay more than that to sign the Ukrainian striker.

Napoli is also said to be interested in Mudryk, and when asked if the Italian side had come forward to propose a move, Nicolini said CalcioNapoli 24: ‘Since we don’t need transfers, we said at the time that we evaluate the player stronger than some other profiles, like Antonio. This is the reference point.

The problem is that Italian clubs don’t take advantage of opportunities, like Milan with Enzo Fernández, who is now worth more than 100 million. When you get to a player in time, you have to sink the shot, otherwise the prices change.’ 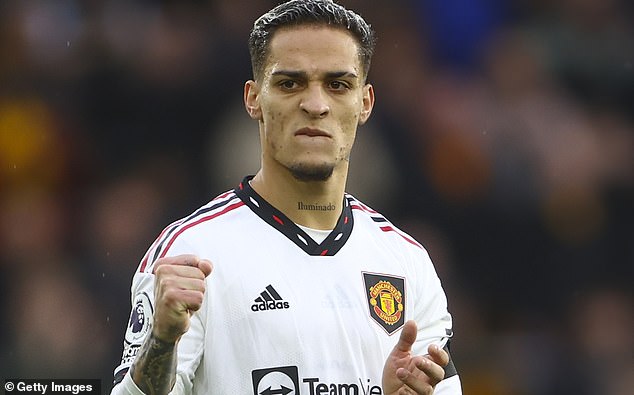 Mudryk has been hounded by Mikel Arteta’s team for the past month as they aim to strengthen their squad to boost their title hopes.

The Ukrainian himself liked a social media post showing him behind bars with the caption #freeMudryk, in a meme pointing to the Gunners’ pursuit of the winger and Shakhtar Donetsk’s refusal to allow him to leave until now.

The Ukrainian star has been hounded by Mikel Arteta’s team for the past month as they aim to strengthen their squad to boost their title hopes.

It’s not the first hint he’s given regarding his future after he also tuned in to Brighton’s Premier League clash with Arsenal on New Year’s Eve, sharing his admiration for both bosses. 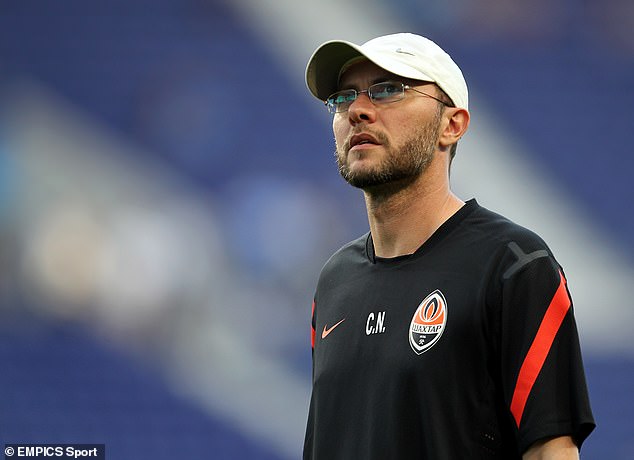 Arsenal could now also face competition from Chelsea, who are believed to be exploring a potential move for Mudryk and are set to hold talks about the player this week.

Antony, 22, has scored five goals and registered two assists in 17 games in all competitions since completing his move to Manchester United from Ajax in the summer.

Mudryk, meanwhile, has scored ten goals and provided eight assists in 18 appearances for Shakhtar this season.