Robert Sarver is expected to sell the Phoenix Suns for $3 billion before the start of the new season.

The Phoenix Suns are expected to be sold for an estimated $3 billion after current team owner Robert Sarver was fined $10 million and a one-year ban from the NBA following allegations of racial slurs. and sexist, as well as intimidation of employees.

The franchise valuation, reported by ESPN on Wednesday, would be the second-highest sale of team ownership in sports history. At the moment, the Denver Broncos’ $4.65 billion June sale to the Walton-Penner family is the North American record, surpassing the $2.4 billion benchmark set by Steve Cohen in 2020 when he bought the New York Mets. .

Sarver, 60, announced his decision to sell the team and the WNBA’s Phoenix Mercury this week after several sponsors, including Verizon Wireless and PayPal, tried to close endorsement deals with both franchises. He initially bought the team in 2004 for $400 million.

In all, the Suns have 30 sponsors on a one-year deal through the end of the new season. In total, these sponsors generated $11 million in revenue last season for the Arizona franchise.

PayPal is the main for-profit sponsor, as the online payment company generated $3 million in revenue for Phoenix last season, but its CEO, Dan Schulman, released a statement saying the company will not seek to renew its partnership with the Suns “if Robert Sarver stays.” involved with the Suns organization, after serving his suspension.’ 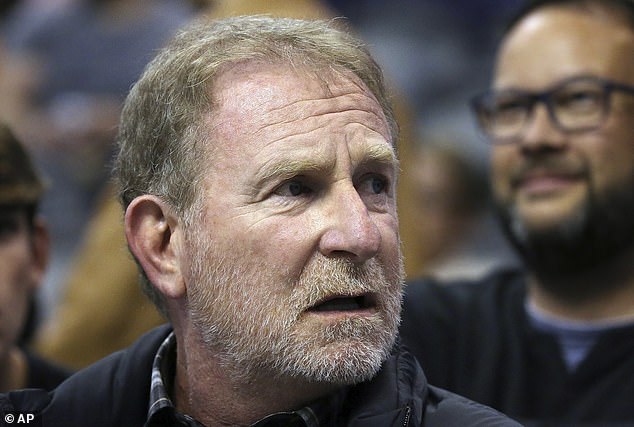 Phoenix Suns and Mercury owner Robert Sarver has announced that he has started the process to sell both franchises and is reportedly considered to be selling both teams for $3 billion. 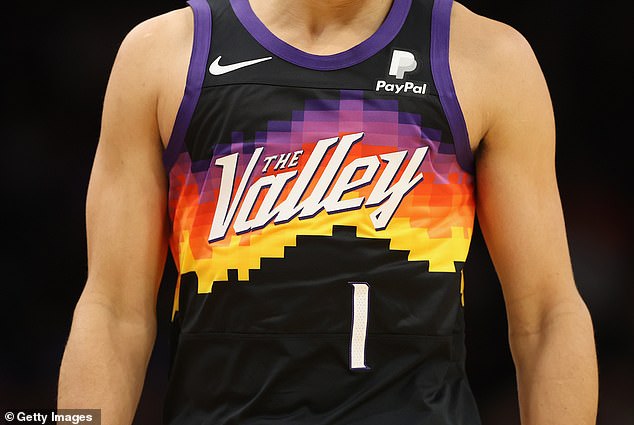 One factor in Sarver’s decision to put the Suns on the market was the franchise’s frosty relationship with its sponsors, including PayPal and Verizon. Both companies have threatened to distance themselves from the NBA team if the current owner remains involved with the organization after serving his one-year league suspension.

The Suns front office reportedly prepared for the worst outcome for Sarver, according to ESPN. Many, if not all, sponsors sought “additional attention and talking points” with Phoenix after the NBA’s final report on the allegations against the Suns’ owner, as well as Silver’s punishment, was made public.

Schulman, who is also on Verizon’s board of directors, had also sent signals to the Suns’ front office that the carrier was considering pulling the plug on the basketball franchise.

“The walls were closing in on [Sarver]’ an inside NBA source told ESPN. ‘A group of sponsors was moving towards this common position.’

Suns minority owner Jahm Najafi was one of the main voices in the front office publicly advising Sarver to step down as owner.

NBA commissioner Adam Silver had also privately advised Sarver to sell despite opining that the league’s 10-month investigation into the Suns’ owner’s misconduct was “dramatically different” from the one related to the former LA Clippers owner Donald Sterling.

In 2014, Sterling received a lifetime ban from the NBA after telling his lover, V. Stiviano, in a recording obtained by TMZ that she “shouldn’t bring them to my games,” referring to black people.

Sarver didn’t deserve the same punishment, Silver concluded, and the NBA commissioner offered the Suns owner a path back to the league in 365 days. The Arizona businessman was not recorded and there was no indisputable evidence to convict him by default, unlike Sterling. 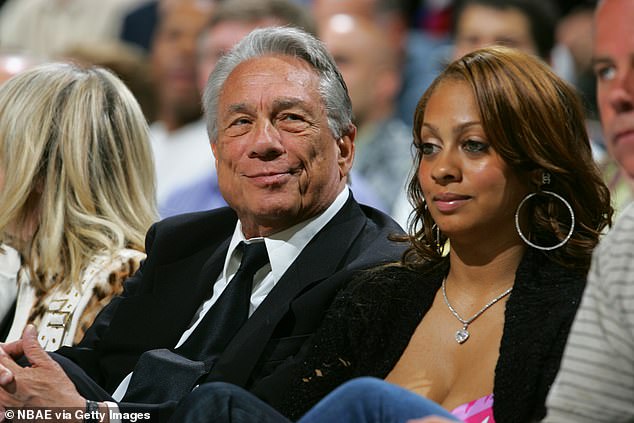 Sarver’s case has drawn comparisons to that of former Clippers owner Donald Sterling (left), who was banned for life and fined $2.5 million for racist comments against black people in 2014. 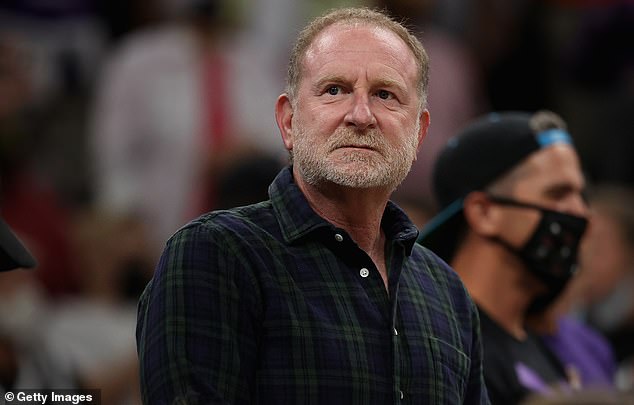 However, the 60-year-old, whose net worth is estimated at $800 million, and members of the front office were accused of racist and misogynistic behavior, including allegedly asking a trainer to fire an agent. minorities and allegedly announcing his preference for extra-large condoms at a staff meeting.

The league then hired investigators from Wachtell Lipton to further investigate the ESPN report and confirmed the truth of the claims by conducting more than 320 interviews, all of which are detailed in a 43-page report the league has shared. with the public on September 13.

Meanwhile, Golden State Warriors star Green has called on NBA owners to vote on whether Sarver should be removed as majority owner of the Phoenix Suns, calling his punishment “bulls***.”

National Basketball Players Association (NBPA) executive director Tamika Tremaglio echoed the sentiments of most NBA players about the situation, saying in an ESPN interview that they were “absolutely asking” for a life ban.

NBA rules state that to remove an owner, you need three-quarters of your board of governors to agree to start the process. In September, commissioner Silver made it clear that he cannot act alone on ‘the right to take away his equipment’, in reference to Sarver, at a press conference.

The NBA had the option of giving Sarver a longer term than the one-year suspension. The $10 million fine was the maximum allowed, as was the case with Sterling’s $2.5 million fine eight years ago; The NBA rules on maximum fines were changed in 2019.

Paul lashed out at the sanctions, believing that Sarver should have faced harsher punishment. 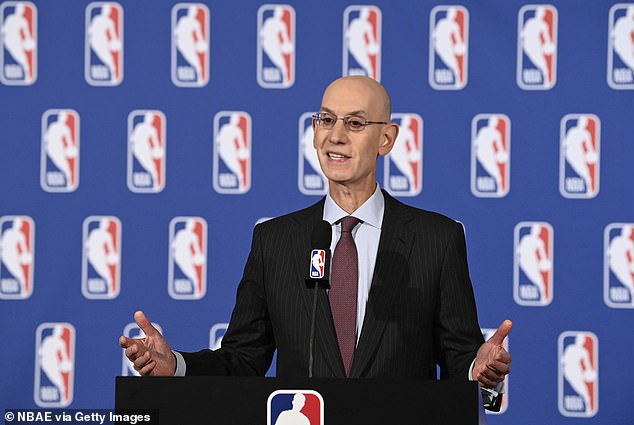 But Silver revealed that Sarver was likely spared an even heavier sanction by the NBA for his racist, misogynistic and hostile words and actions because of a key finding by investigators.

Lawyers handling Sarver’s case for the league determined that the NBA owner’s use of slurs “was not motivated by racial animosity.”

Had that not been the case, Silver said, Sarver’s punishment, a one-year suspension and a $10 million fine, would have been far more severe.

However, the Suns owner complained about the severity of his punishment on Silver, comparing it to the sanctions imposed on Dallas Mavericks owner Mark Cuban in 2018 after two law firms, Lowenstein Sandler and Krutoy Law, report on a “toxic” corporate culture. .

Silver, in response, made it clear that Cuban had not been personally accused of direct misconduct and that the accusations were directed against the Texas-based organization as a whole. 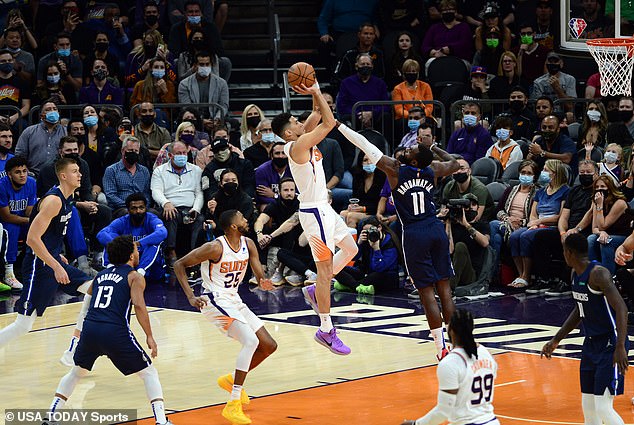 Sarver said he hoped to “make amends and remove my personal controversy from the teams that I and so many fans love” (pictured, the Suns in action against the Dallas Mavericks)

All things considered, it had become inevitable for Sarver to sell, and it took all sorts of influences to get the franchise off the market, from a business and sports perspective.

“As a man of faith, I believe in atonement and the path to forgiveness,” Sarver said in his statement announcing his decision to sell the Phoenix Suns on Sept. 21. “I was hoping that the commissioner’s one-year suspension would provide the time for me to focus, make amends and remove my personal controversy from the teams that I and so many fans love.

“But in our current unforgiving climate, it has become painfully clear that that is no longer possible, that all the good I have done, or could still do, is outweighed by the things I have said in the past.”

Rumors of a new team owner include Amazon founder Jeff Bezos and Oracle founder Larry Ellison. Laurene Powell Jobs, the wife of the late Steve Jobs, is also believed to be in the running. She currently has a 20 percent minority stake in the Washington Wizards.

Bob Iger, who has close ties to the NBA from his time at Disney (the league’s sponsor and organizer of the 2020 NBA bubble), is also considering buying the Arizona-based franchise.