‘I really didn’t like ANYTHING’: Portugal manager Fernando Santos reveals his anger at Cristiano Ronaldo over his furious reaction to being substituted in World Cup loss to South Korea

Portugal coach Fernando Santos was not impressed by Cristiano Ronaldo’s reaction to being substituted during the loss to South Korea.

Ronaldo was replaced by Andre Silva in the 65th minute of the final group stage match on Friday, and the 37-year-old striker later denied cursing Santos for taking him out.

Portugal captain Ronaldo said his comments were actually directed at a South Korean player telling him to hurry off the pitch. 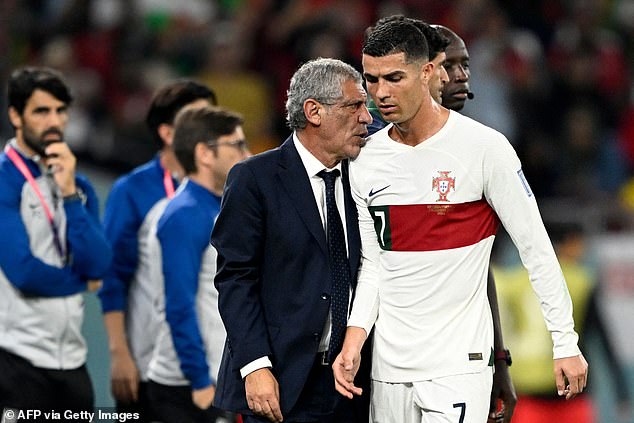 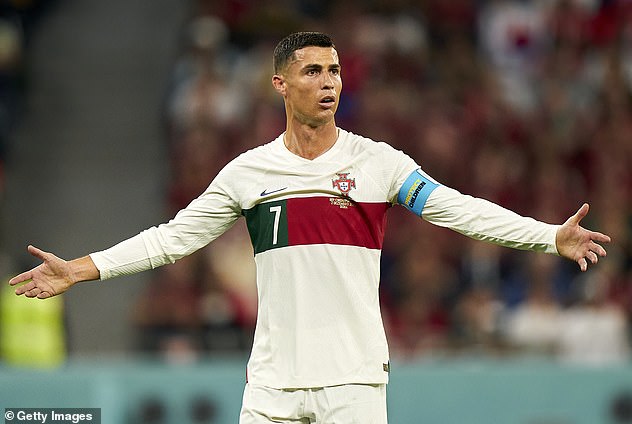 Regardless, Santos was not satisfied with Ronaldo’s reaction, but says the issue was resolved ahead of Portugal’s round of 16 meeting with Switzerland on Tuesday.

These matters are resolved behind closed doors. It’s solved. Full stop on this matter and now all the focus is on tomorrow’s game.

Portugal had already qualified for the knockout rounds before Friday’s game and the scores were level 1-1 when Ronaldo was withdrawn. 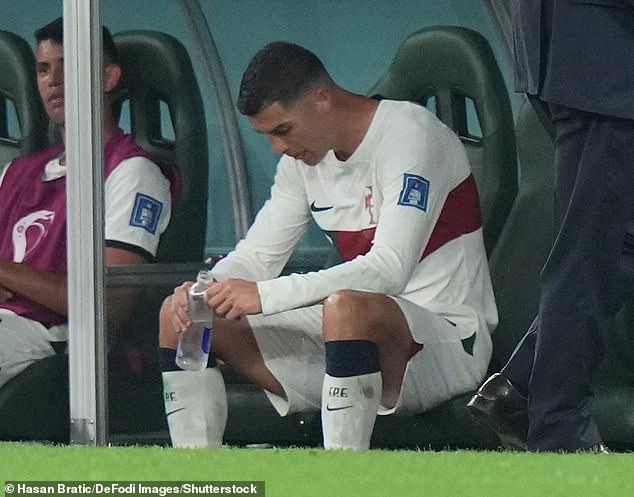 But Ronaldo said after the game: “What happened was before my substitution, the South Korean player told me to get off quickly.” I told him to shut up because he doesn’t have that authority.

‘There was no disagreement [with Santos].’

After the game, which South Korea won thanks to a stoppage-time goal by Hwang Hee-chan to book a round of 16 date with Brazil, Santos corroborated Ronaldo’s version of events. 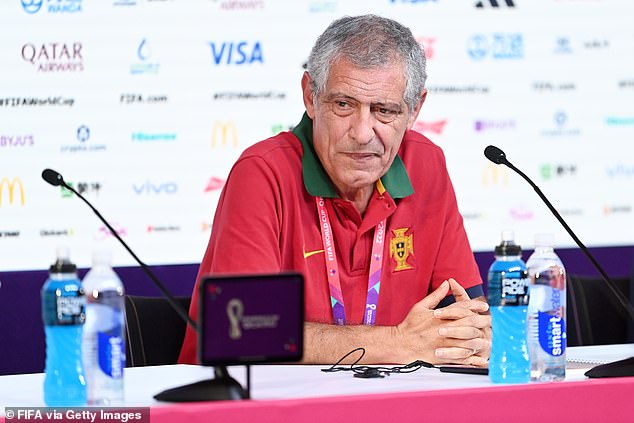 However, it seems that after watching the replays he changed his tune.

Ronaldo was forced to watch Portugal’s defeat from the bench and has yet to match Eusebio’s national record of nine goals in World Cup finals.

Santos did not want to know if Ronaldo would start the match against Switzerland, saying: “I only give to the team in the stadium, in the dressing room, it has always been like that.”

Which?: Aldi is crowned Britain’s CHEAPEST supermarket with basket of 48 items coming to £77.21

Everton and Southampton have accepted offers of £22m for Sulemana; Toffees also in…

Steph Curry launches opposition to housing for the poor…

The dangers of concussion exposed by a major new study