By Keith Griffith for Dailymail.com

One person has been shot to death at an Arkansas hospital, and the suspected shooter has been taken into custody, according to police.

Sherwood Police Chief Jeff Hagar told reporters that officers responded to a call of shots fired at the hospital shortly after 10 a.m. local time and discovered “one victim had died from at least one gunshot wound.” .

He said a single ‘person of interest’ had been detained, but declined to identify the victim or suspected shooter.

“It’s still very early preliminary research at this stage, so that’s all the information I can give you at this point,” Hagar said. 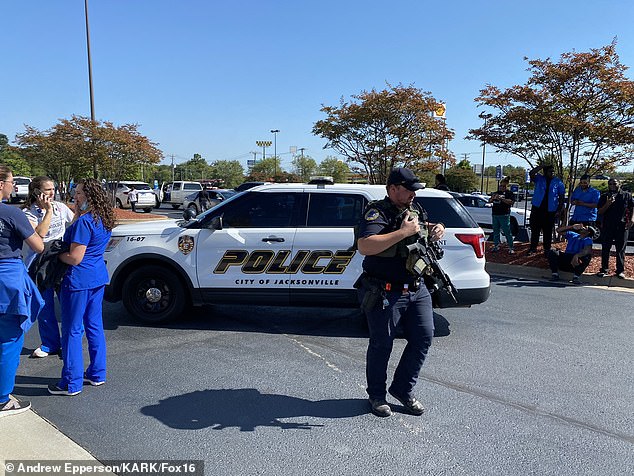 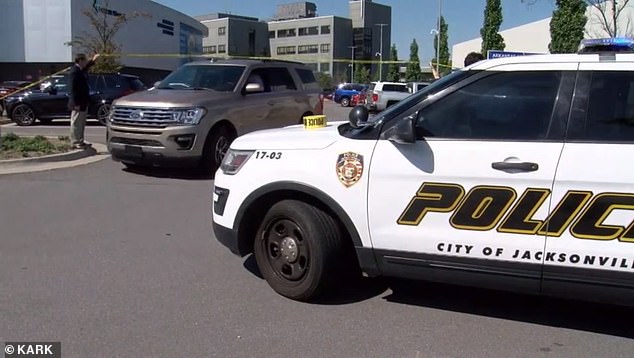 ‘We can confirm an active shooter in [St. Vincent]’ the Sherwood Police Department said in a statement. “No other information will be released at this time” 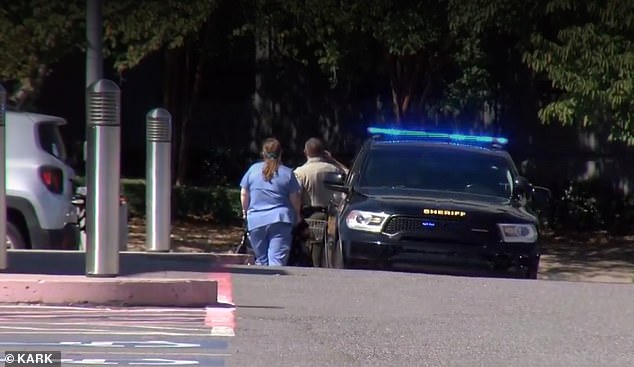 Police are responding to an active shooter incident at a hospital outside of Little Rock.

Police said more information would be released to the public later on Wednesday.

live video of KARK-TV showed a large police perimeter around the hospital.

Police from several local agencies responded to the scene, including the Pulaski County Sheriff’s Office and the Sherwood and Jacksonville Police Departments.

The Sherwood Police Department first alerted the public to an incident at the hospital at 10:18am local time, writing in a Facebook post: ‘Police activity at CHI St. Vincent North. Please avoid the area!

A follow-up statement at 11.13am CT said: “We can confirm an active shooter in [St. Vincent]. No other information will be released at this time. 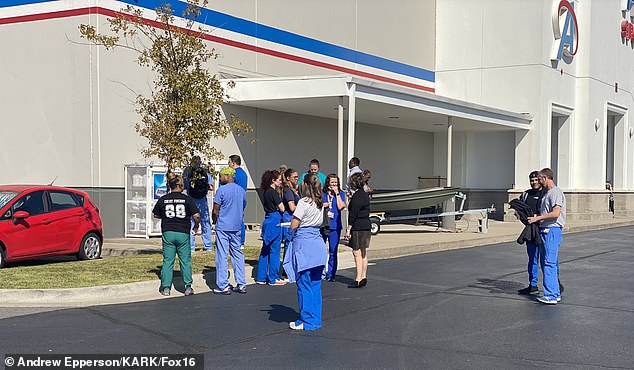 Hospital workers were evacuated and the building was closed. 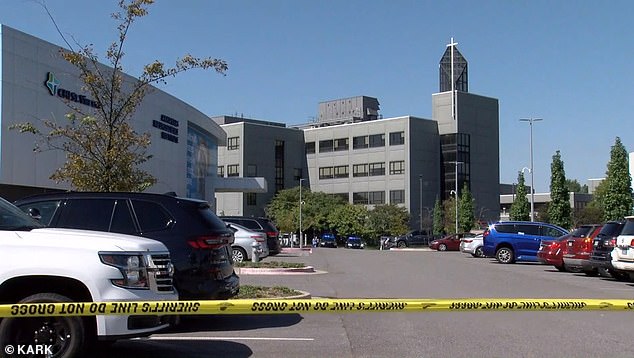 The police have established a large perimeter around the hospital and have closed the roads in the area.

Roads around the hospital were closed and a police helicopter was seen circling the building.

Witnesses told KARK that the incident took place on the fourth floor of the hospital.

“It’s crazy, I never expected it to be like this,” said a worker at St. Vincent’s main Little Rock location who responded to the Sherwood campus to check on his colleagues.

“I wanted to come here and I wanted to see how they were doing,” he added.

The woman said one of her colleagues at the hospital had heard gunshots but was able to escape unharmed.