Prummell spoke to the hosts of Fox & Friends on Thursday morning about the severe damage the hurricane wrought in Charlotte County, Florida, located near Lee County, which encompasses Fort Myers, where the storm hit hardest.

“Charlotte County is going to need a lot of support and a lot of prayers right now,” said Prummell, who would not speculate on the potential number of deaths from the storm.

I think a lot of people got left behind. Here in Florida, we see these hurricanes come and go every year and they always pass us by and miss us and people get complacent, saying it’s not going to happen here, it’s not going to hit us. And this one did… We haven’t had a hurricane since 2004 when Charley came through and Charley was devastating. This one was even worse,” he said.

Prummell declined to speak about a possible death toll, after an earlier warning that hundreds could have died across the Sunshine State. So far, the death toll stands at six.

About two-thirds of Charlotte County, roughly 120,000 people, received mandatory evacuation orders at least 48 hours before the storm hit, including a handful of barrier islands that were devastated by the storm.

The Charlotte County Sheriff’s Office has also instituted a curfew from 9:00 p.m. to 6:00 a.m. until further notice. Violation of the curfew could result in a misdemeanor charge. 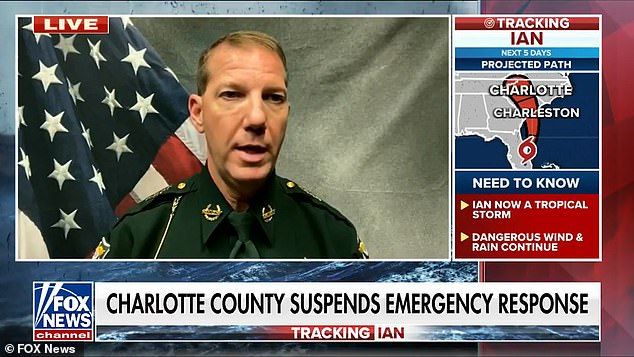 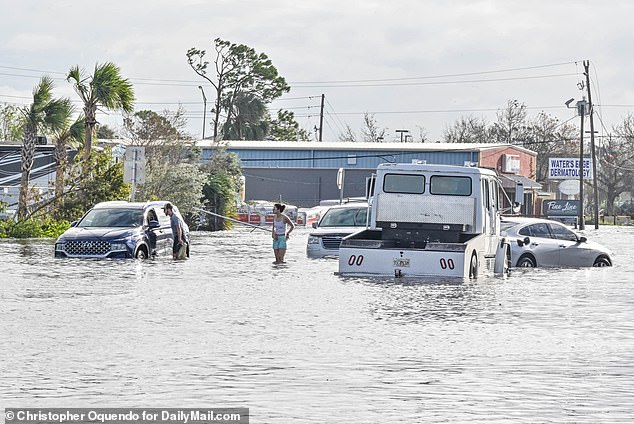 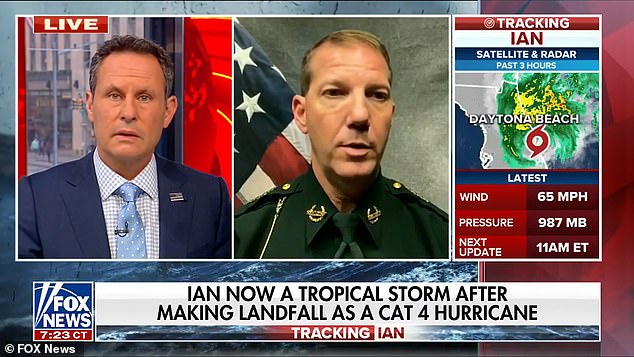 I think a lot of people got left behind. Here in Florida, we see these hurricanes come and go every year and they always pass us by and miss us and people get complacent, saying it’s not going to happen here, it’s not going to hit us. And this one did,” Pullman told Brian Kilmeade.

Ian is expected to slow down west central Florida, which could spread impacts. Charlotte County is under a tropical storm warning. A storm surge of 4′ to 7′ feet above ground level is expected on the coast. 7” to 12” of rain is expected with isolated totals of 20” possible. pic.twitter.com/rPKBAoHxxp

September 28 2 pm Update | Hurricane Ian is approaching Charlotte County. We are preparing for life-threatening storm surge, damaging winds, heavy rain and flooding. You shouldn’t be outside right now. All residents must shelter in place and stay off the roads. pic.twitter.com/lkQjNcR29H

Stay inside! You shouldn’t be outside right now. All residents should shelter in place and stay off the roads until we are no longer experiencing hazardous conditions. pic.twitter.com/Weej0dPHIH 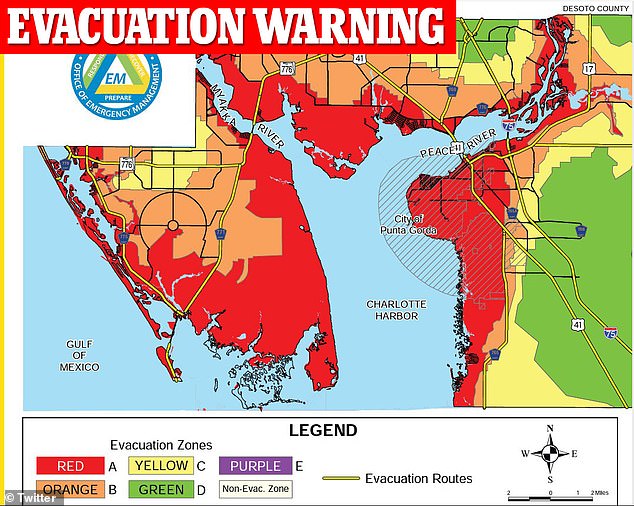 Charlotte County residents were given at least 48 hours to leave under mandatory evacuation orders.

Charlotte County residents were warned about the severity of the storm online, on TV and radio, and through repeated announcements from local government offices sent to phones.

Storm shelters opened Tuesday morning for those unable to evacuate.

Some Floridians in evacuation zones chose not to evacuate for a variety of reasons, including storm fatigue: Warnings are issued to Floridians every year during hurricane season, only sometimes are the storms as severe as they were told.

Search and rescue efforts are already underway in Charlotte and Lee counties.

Residents and officials will soon begin the arduous process of rebuilding which, for some, will mean securing home, office and vehicle insurance claims.

‘We have people who are stranded in their vehicles in the water. We have people who are trapped in their homes. Our air unit is up and running right now, rolling our eyes to the sky to try and get an overall assessment of the county. And they are informing the people on their roofs. So we’re working with our search and rescue teams and trying to get to those areas.” 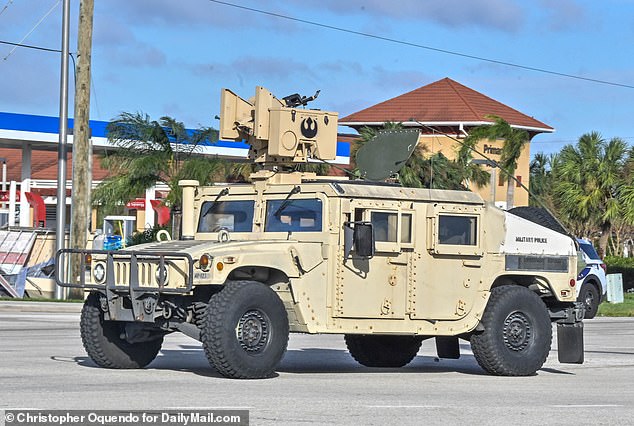 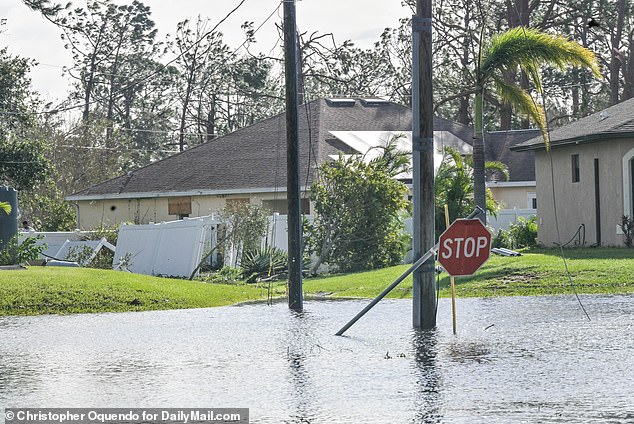 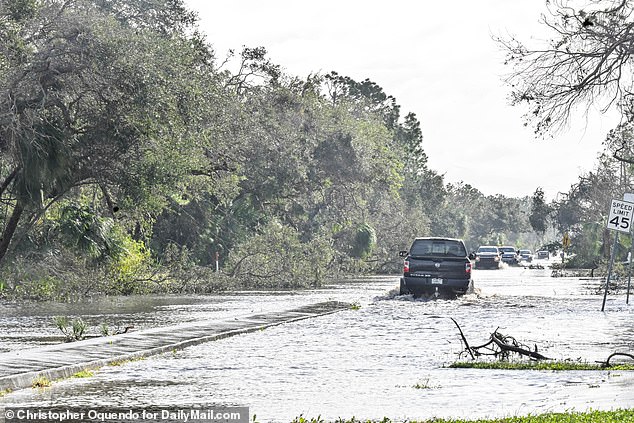 About two-thirds of the population of Charlotte County were ordered to evacuate in the 48 hours before Ian hit.

Hundreds of people in Florida are feared dead as 50 National Guard helicopters are beginning search and rescue for thousands of people left stranded or missing in the wake of catastrophic water and wind damage. 155mph.

Most of the 2.7 million Floridians are still without power and many without cell phone service on Thursday.

The Lee County Sheriff expressed fear that it was one of the worst natural disasters since Katrina with hundreds of deaths, but later toned down his comments after DeSantis and FEMA insisted the death toll is unknown.

Thousands are also trapped in their homes, with some forced to climb onto their roofs to escape rising floodwaters that engulfed two-story houses.

Horrific footage shows flames and black smoke spiraling into the sky in Fort Myers as homes were suddenly engulfed in fire.

Ian is set to unleash more devastation as he kicks up seawater in the Atlantic before taking aim at South Carolina after pummeling Florida this morning and overnight.

The monster storm is expected to recharge from a tropical storm to a Category 1 hurricane as it tracks north into the upper Sunshine State, southern Georgia and South Carolina.

The region is also bracing for more storm surge that could dump large amounts of water on major cities like Jacksonville, Savannah and Charlotte. 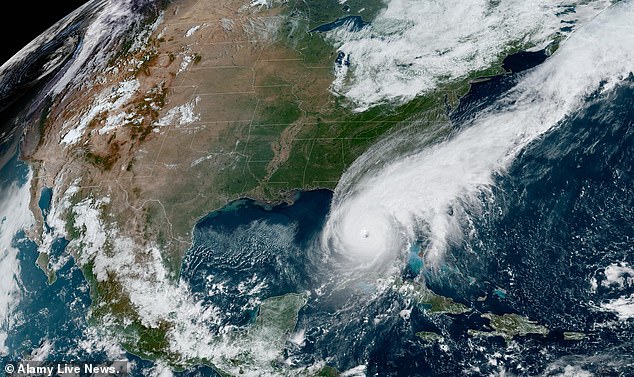 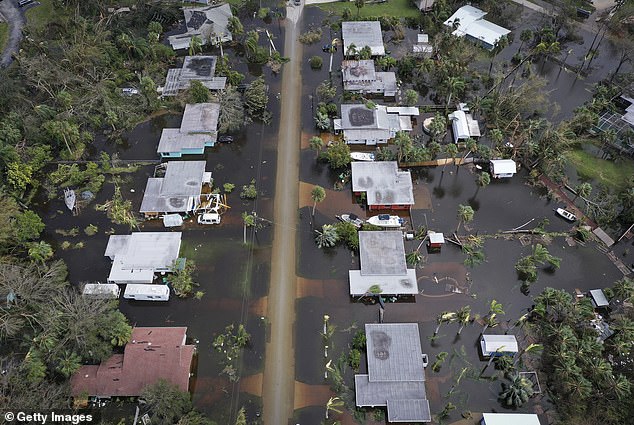 Aid! I am a nanny and my former employer did not enroll me in a pension