‘I feel good’: Neymar celebrates return to training as the Brazil star waits to take part in the World Cup round of 16 clash against South Korea on Monday after injury

By George Bird for Mailonline

Brazilian star Neymar has celebrated his return to training as he speeds up his recovery from injury.

Neymar missed Brazil’s games against Switzerland and Cameroon after suffering an ankle problem in his opening game against Serbia.

There were fears that the 30-year-old could be sidelined for the rest of the tournament. 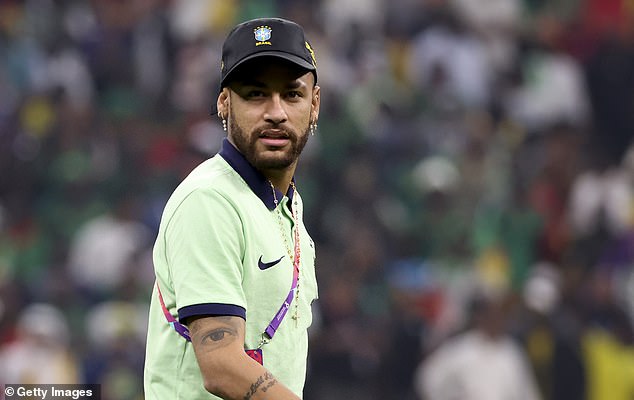 However, Neymar is hoping to show up somehow against South Korea on Monday in the round of 16.

Neymar posted two photos of himself in training on Twitter, accompanied by the caption: “I feel good, I knew I would now,” in reference to the James Brown song “I Got You.” 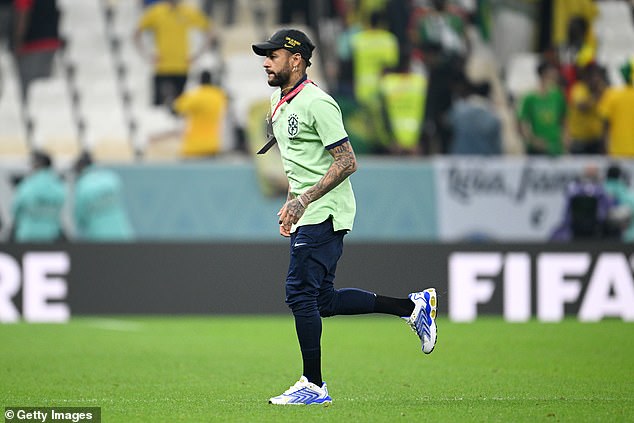 The 30-year-old has been absent since Brazil’s first World Cup group game against Serbia.

The Paris Saint-Germain attacker worked the ball again in training and scored a brilliant goal past Weverton.

Having Neymar available would be a major boost for Brazil, especially with Gabriel Jesus ruled out for the remainder of the World Cup. 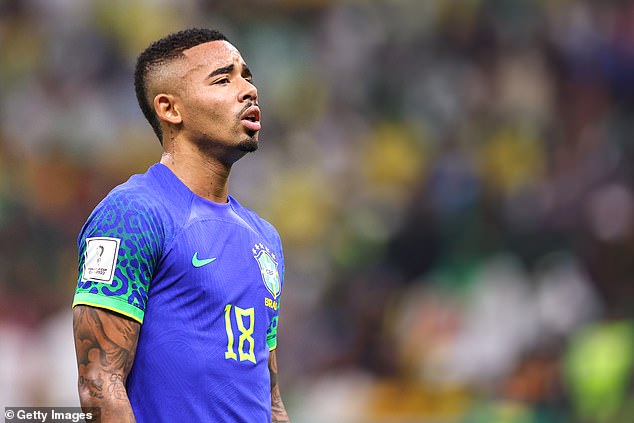 Gabriel Jesús, striker for Arsenal and Brazil, could be out for up to three months with a knee injury

Arsenal striker Jesus could be sidelined for up to three months with a knee injury.

Left-back Alex Telles, on loan to Sevilla from Manchester United, could also be out for a long period.