NSW Premier Dominic Perrottet has been laughed off on social media for saying Sydney’s live World Cup sites were better than Melbourne’s.

Tens of thousands of Socceroos fans from across the country rose in the early hours and gathered on live sites in Australia’s capital cities to watch Australia beaten 2-1 by Argentina.

The Adelaide Oval, Sydney’s Darling Harbor and Brisbane’s King George Square were all packed to watch the Socceroos’ final match in the 2022 World Cup. 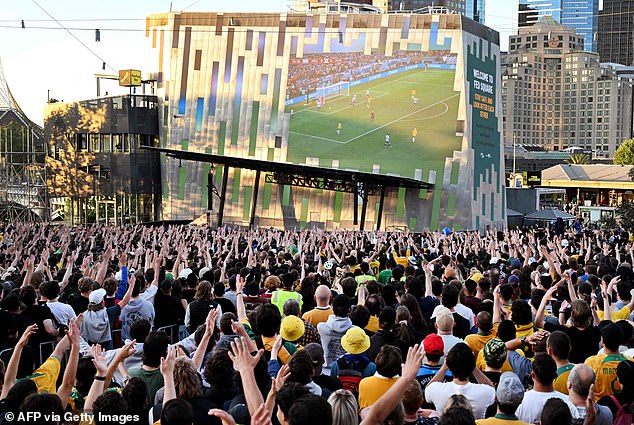 NSW Premier Dominic Perrottet was laughed off on social media for saying Sydney’s live World Cup sites were better than those offered by Melbourne (Melbourne fans photographed watching the game). 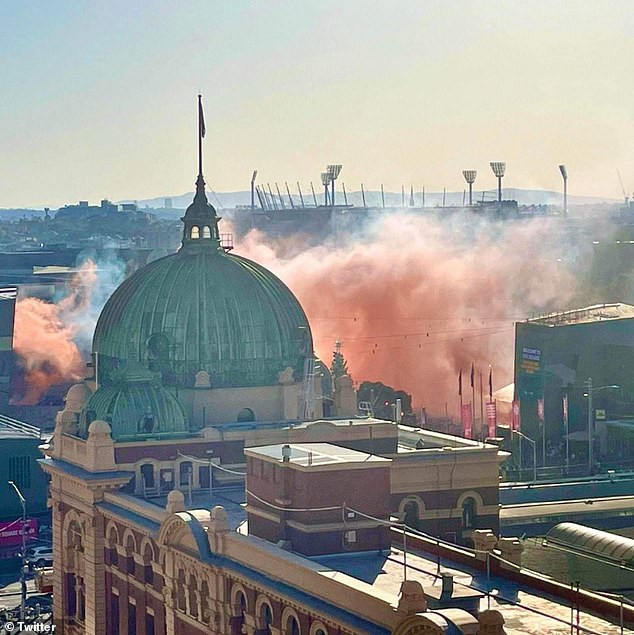 Melbourne’s Fed Square reached a full capacity of 15,000 an hour before kick-off, with fans lighting flares and chanting into the early hours.

Melbourne’s Fed Square reached a full capacity of 15,000 an hour before kick-off, with fans lighting flares and chanting into the early hours.

Thousands of people who couldn’t get in were herded into AAMI Park, where they packed the main stand, where an estimated 18,000 cheered the Socceroos and many more crowded around the area. 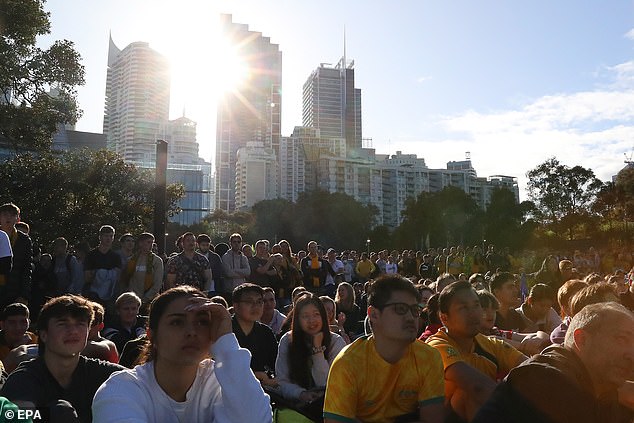 Football fans commented on the large turnout in Sydney (pictured at Tumbalong Park) on Sunday morning, but some complained about the size of the screens in the venues. 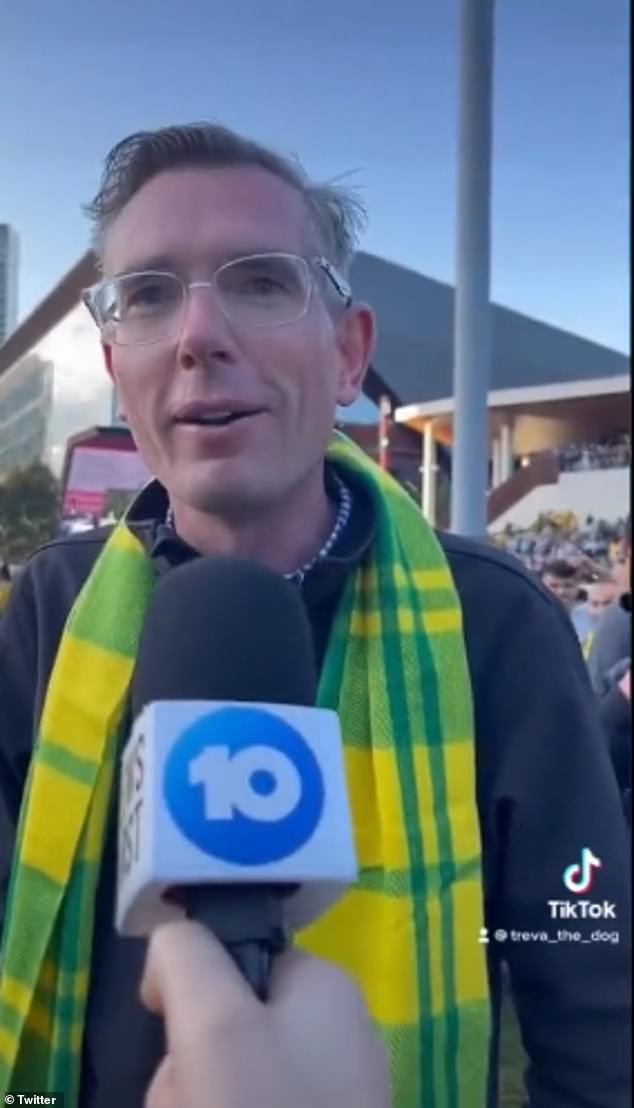 NSW Premier Dominic Perrottet has been criticized by fans for claiming that the Sydney live site was better than the Melbourne one, despite having fewer people.

Earlier in the week, the NSW Premier had made a bold claim that Sydney would have the best live World Cup viewing site ‘in the country’, despite not having a location or having made one for the tournament until the moment.

‘We’re going to have a great live site, it’s going to be the best in the country. Very soon we will have a big announcement. It’s going to be amazing,’ Perrottet said.

“I want everyone in the city and across the state to come out and enjoy the game.”

Football fans commented on the 20,000 turnout in Sydney on Sunday morning, but some complained about the size of the screens in the venues.

A video clip on social media also mocked Perrottet by showing the passionate support of Melbourne soccer fans during the World Cup, dotted with his bold statement that Sydney has the best site in the country.

Others on social media have mocked the NSW Premier for “jumping on the bandwagon” and being late with the idea of ​​live World Cup sites.

‘Oh, well done for finally joining the party, Sydney! It took them quite a while,’ said one Twitter user.

‘This didn’t need to be a dig for other Australian cities @Dom_Perrottet, it’s not a competition!’ said another.

Coach Graham Arnold believes that Melbourne’s Fed Square was a symbol of the success of the national soccer team.

“I know I keep saying this, but I always have,” he told reporters.

Fans watch at Tumbalong Park in Sydney on Sunday morning

“There is only one team that unites the nation and one sport, and that is football in Australia and the Socceroos.

‘I’m not being negative here. But the rugby league World Cup had just started. Was Federation Square like this? Were pubs like that?

“And they don’t play AFL anywhere else in the world except Australia, so it shows you how big football can be.”

Craig Goodwin’s deflected goal late in the second half sparked wild scenes across the country, but unfortunately it wasn’t enough to stop the South American giants, who now take on the Netherlands in the quarter-finals.