A Royal Mail driver has been caught on camera overtaking a car and then dangerously veering around a New Forest pony as the animal appears calm and remains completely still.

Dashcam footage captured the moment the red van overtook the car, which had slowed to give the animal room, before narrowly missing the pony on a quiet New Forest road.

The incident, which angered locals, occurred in a 30mph zone near the picturesque New Forest village of Minstead, Hampshire, and is now under investigation.

Ponies and other livestock roam freely in parts of the national park and motorists are advised to pass the animals ‘wide and slow’ and be prepared to stop, but every year the ponies are killed by vehicles.

Cattle are released onto the open heaths of the New Forest by forest ‘commoners’, local residents who have the right to graze their animals on the land.

Royal Mail says it has now opened an investigation into the incident.

The footage was captured by a member of the New Forest Commons Defense Association, a group that seeks to protect the historic grazing rights of animals in the woodlands and heaths of the area.

The ‘stunned’ group member, who wished to remain anonymous, said: ‘The post office van was parked in the village on the right [when I passed it]. 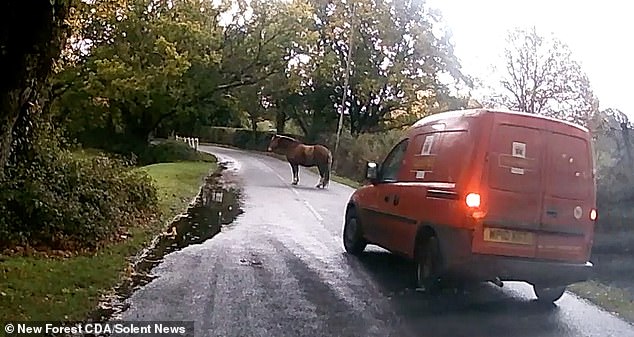 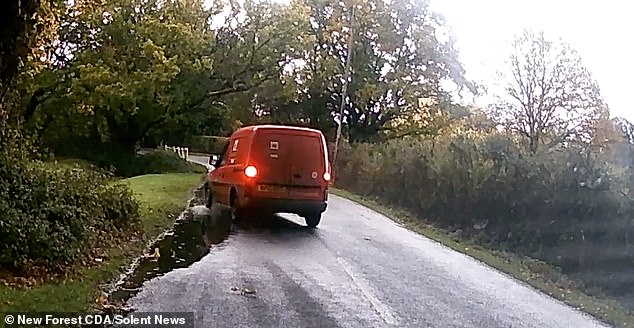 The van swerved and narrowly missed a New Forest pony standing in the middle of the road. 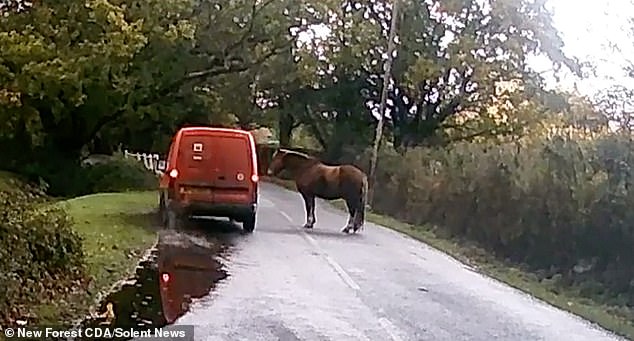 As the van continued to drive, the pony held its ground on the road, looking utterly calm.

“I was driving 30mph until I saw the animals on the road and slowed down to allow the oncoming car to pass wide and then I passed the pig on the left slowly.

I then crawled towards the pony on the trail at about 10mph.

I had yet to stop when I noticed in my mirror that the truck was coming up behind me and as far as I could see, without signaling, it passed me.

“The pony was clearly visible to me and would have been to the driver of the van.

“I was so shocked about driving, especially from a marked van where the driver may be liable.

“Overtaking, even without the pony, was quite dangerous, but to see a van dodge this animal and come to the edge blew me away.”

Reacting to the video, one angry social media user said: “Something needs to be done as some car and truck drivers just don’t care about ponies or respect the fact that they drive in the woods.”

“Anyone who said this driving by a Royal Mail employee is fine, it’s not fit for the road,” added another.

Sue Westwood, secretary of the Verderers, an elected group responsible for the protection and conservation of The Forest, said: “The driver of the postal van must drive with care and consideration in future.” 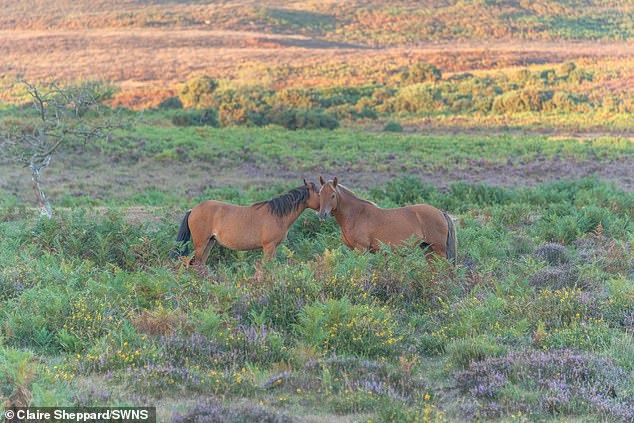 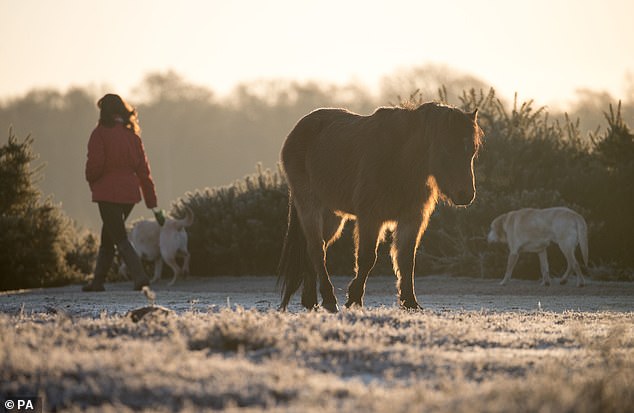 Fatal road traffic accidents involving livestock and wildlife were at record lows in the New Forest earlier this year. 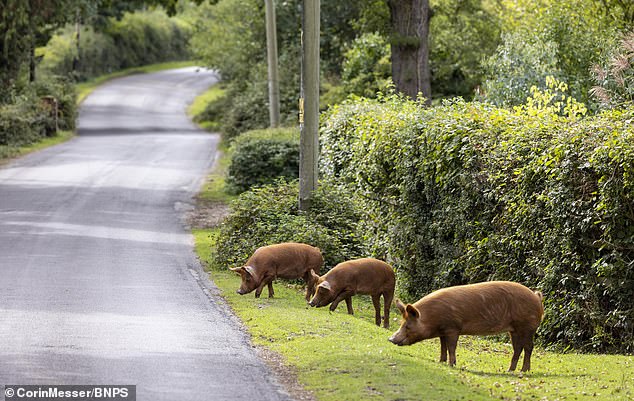 Ponies and other animals roam freely in parts of the national park. Pictured are pigs that have been let loose in the ancient New Forest for the pannage season.

In a statement, the New Forest Commons Defense Association said: “The winter months have historically been the worst for livestock and wildlife deaths.

“After a record 15 weeks in early 2022 without a fatal traffic accident, group members would like to ask the public for your cooperation and support in keeping these numbers down.”

A Royal Mail spokesman said: “We were very disappointed to see this video and are investigating what happened.”

‘Once our investigation is complete, we will take appropriate action internally.

“It is not clear from the video how close our vehicle was to the horse, and we are pleased that this animal was not harmed or disturbed in any way.”

‘The safety of our drivers and other road users is a high priority for Royal Mail, and this includes our responsibilities under the New Forest code.

“We regularly instruct our drivers that animals in the New Forest are free to roam and have the right of way, and we will now reinforce that message to local colleagues.”