Another boat trailer parking saga emerged in one of Australia’s wealthiest suburbs just days after the issue divided wealthy locals.

The debate erupted in the exclusive suburb of Mosman on Sydney’s north shore after a woman launched a scathing attack on a community Facebook page calling on the owner of a twenty-foot boat parked outside her harborside mansion to withdraw.

Laureen Ong’s post sparked a chain reaction of anger among locals with hundreds of commenters divided over who was right, while others joked about the uproar.

The saga escalated when the ship’s owner, Palle Lunoe, responded, noting that his ship was legally parked and stating that concerned locals “have too much time on their hands”.

The furor has prompted Mosman local Harold Scruby to renew calls for stricter laws by sharing photos of a separate boat and trailer that he claims have been parked on his street on and off for more than 10 years.

The chairman of the Pedestrian Council of Australia admitted to Daily Mail Australia that he never raised any concerns because it doesn’t affect him unless he has visitors and he you know that it is not illegal for the owner to leave his boat and trailer there. 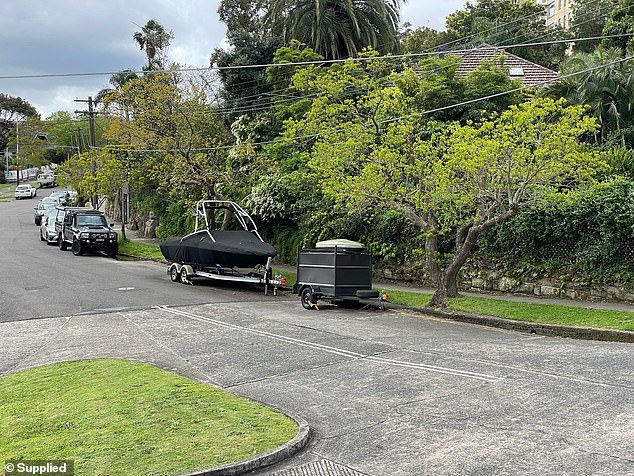 Photos of another boat and trailer parked in Mosman have emerged 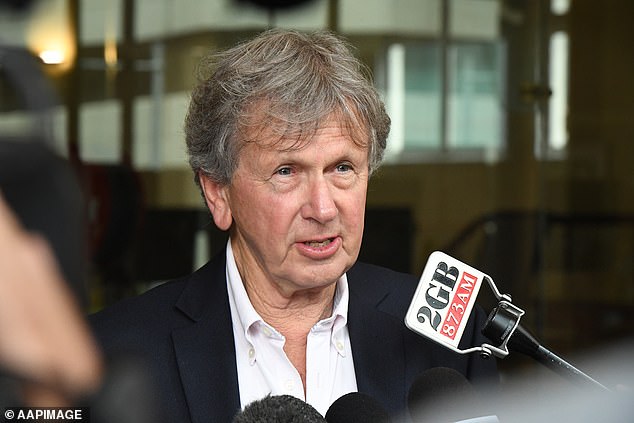 But Scruby has again called on the NSW government to toughen laws and issue heavy penalties to homeowners who leave them permanently parked on the street.

He described the problem as the “new epidemic”.

He says the boat and trailer take up three parking spaces on his street.

“It’s been there for about 10 years or more and it rarely moves,” Scruby said.

‘I have never complained because the owner has every right to leave it there.

“I have off-street parking, so it doesn’t bother me, unless I have visitors who need to park on the street.”

Scruby said it was a problem not only on the lower North Shore, but also in other parts of Sydney, including the North Beaches and the West Inland. 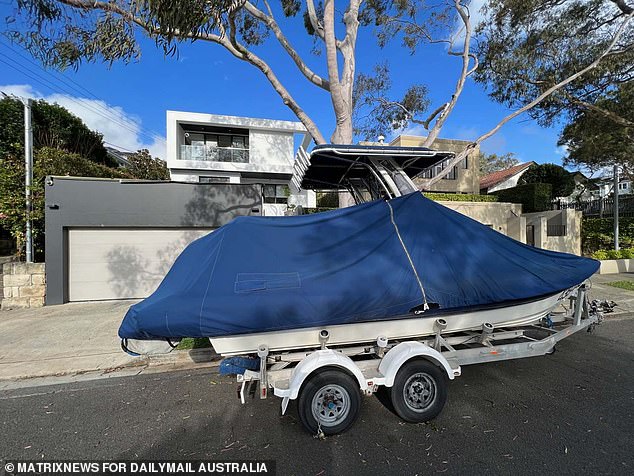 Mosman’s premises erupted last weekend after a commercial pilot parked his 20-foot-long boat on the street in front of a harborside house (above). The ship has since been retired.

‘Trailers parked on residential streets in NSW towns are out of control. It’s the new epidemic,” Scruby said.

“From a pedestrian safety perspective, because they take up an excessive amount of motor vehicle parking space, it encourages motorists to stop and/or park illegally.”

Seven years ago, then-Local Government Minister and now Deputy Prime Minister Paul Toole introduced laws allowing councils to seize boat trailers if they were parked on the streets of NSW for more than 28 days.

But councils rarely use laws, as they are too difficult to enforce.

Meanwhile, Mr. Lunoe has retired his boat which was at the center of the recent furor in the neighborhood.

Originally, she had asked Ms. Ong’s husband if he was blocking her driveway, and when her husband said no, she left the boat and walked away. 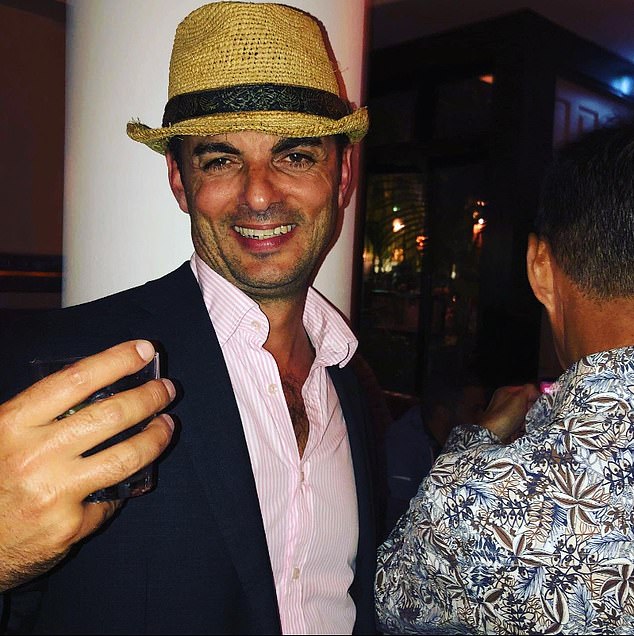 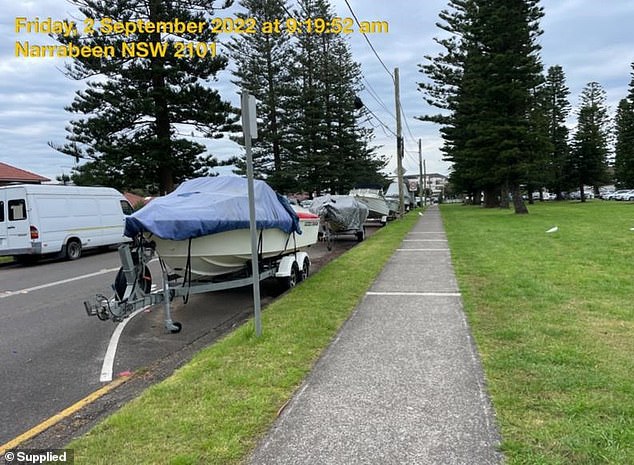 Boat and trailer parking is not just an issue in Mosman. Pictured are bpand trailers on Sydney’s northern beaches earlier this year.

But as the days went by, Ms. Ong grew frustrated that the boat blocked her view of traffic when backing out of her driveway, and then that it apparently impeded construction work on her property.

Please move your ship! If you are the owner or know the owner, I request that it be removed immediately,” she wrote on a community page.

‘We are doing construction work on my house. He has made two big deliveries with a difficult crane to unload supplies so far.’

The post sparked outrage: Several residents criticized the owner for abandoning the boat on the suburban street.

The situation escalated hours later when the boat owner responded, noting that his boat was legally parked and stating that concerned locals “have too much time on their hands.”

Registered boat trailers can be legally parked on a residential street for up to 28 days, but the issue remains controversial among Mosman locals.

ATO data recently released by Canstar listed Mosman as the sixth wealthiest suburb in the country. 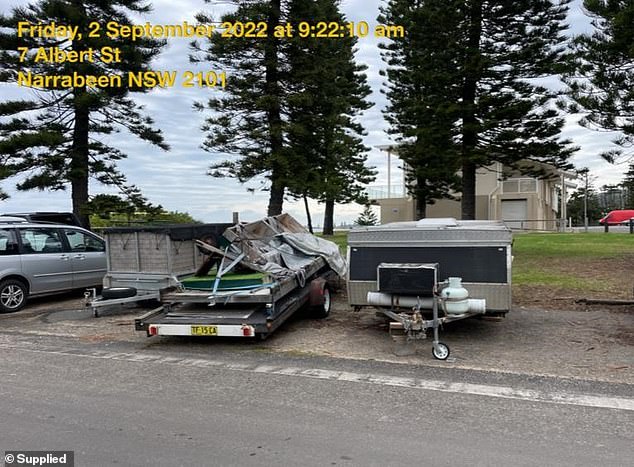 The president of the Pedestrian Council of Australia, Harold Scruby, is calling for stricter laws on boat trailers. Pictured is a boat and trailer parked at Narrabeen on Sydney’s Northern Beaches.