Mike Breen’s Long Island home is completely destroyed by a HUGE fire: The NBA’s lead broadcaster and the voice of the New York Knicks has ‘lost all his possessions,’ but no one was hurt

Mike Breen’s Long Island home has been completely destroyed by a monumental fire, and the NBA and New York Knicks lead broadcaster has “lost all his belongings.”

The Manhasset-Lakesville Fire Department shared on Instagram that its personnel “encountered a house fire completely involved” after arriving on the scene at approximately 4:03 a.m. in the early hours of Sunday morning.

Breen, who was inducted into the Naismith Memorial Basketball Hall of Fame last year, and his family were not thought to be in the burning house despite losing nearly all of their possessions.

The fire comes less than a month before the broadcaster is expected to provide commentary for ESPN’s first telecast of the new season between the New York Knicks and Memphis Grizzlies. 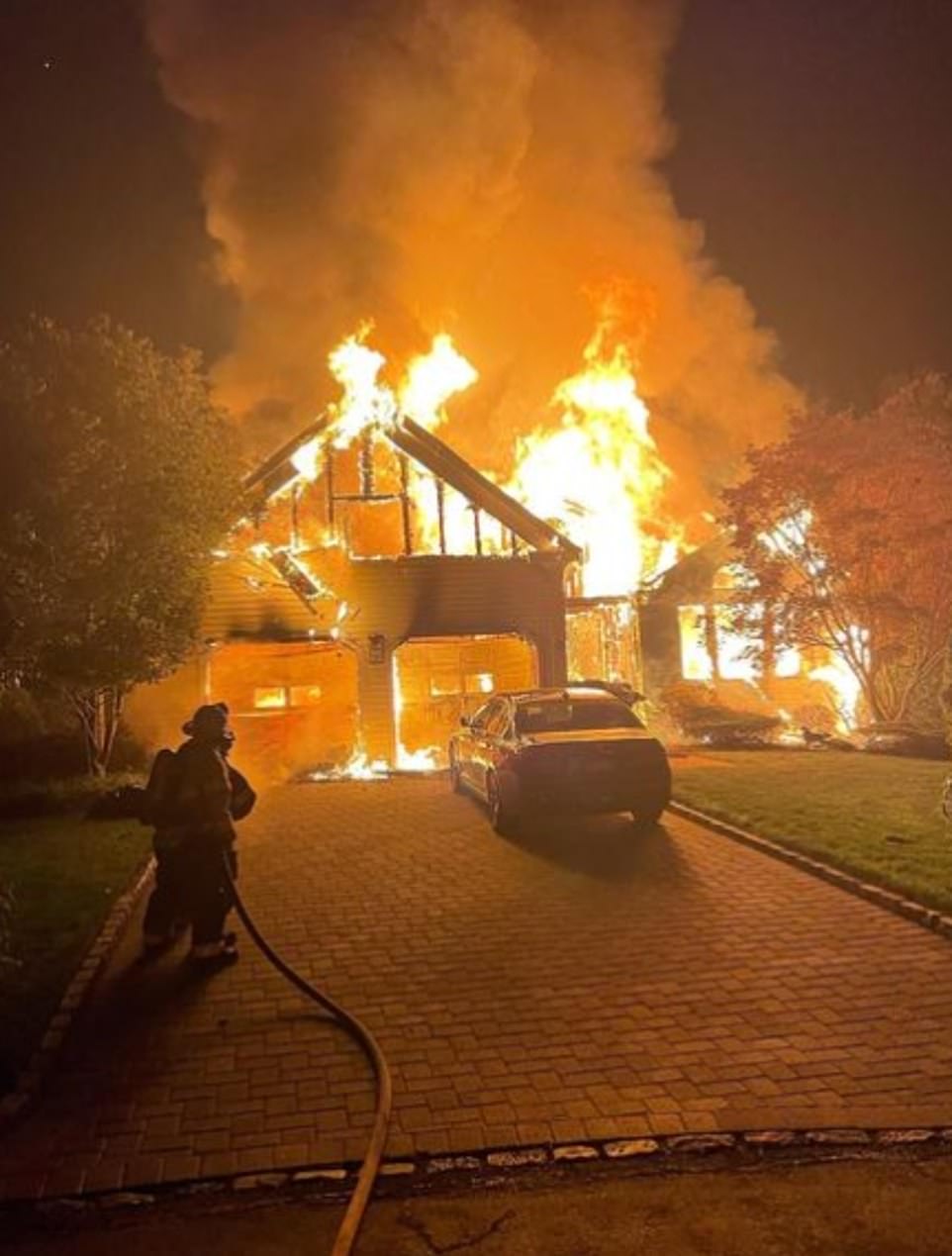 Mike Breen’s family home, which he shares with his three children and his wife, on Long Island has been destroyed by a major fire. 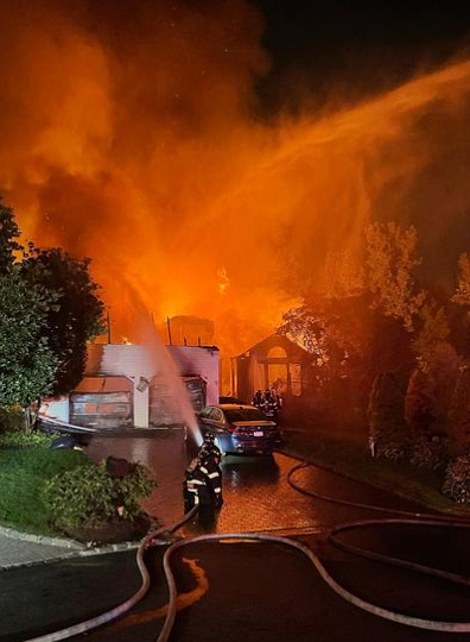 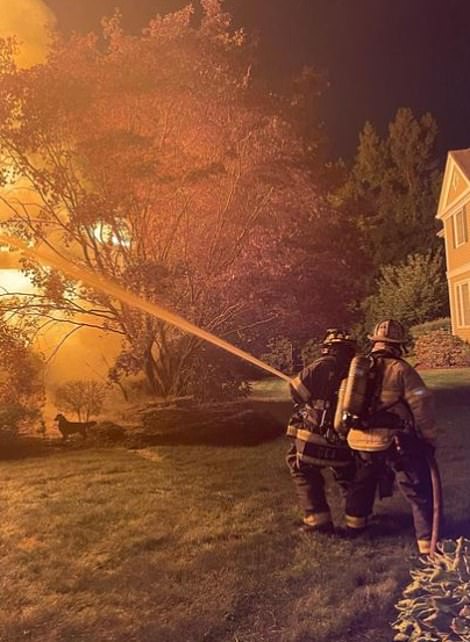 The Manhasset-Lakeville Fire Department responds to the fire after being notified by house alarms and area neighbors. 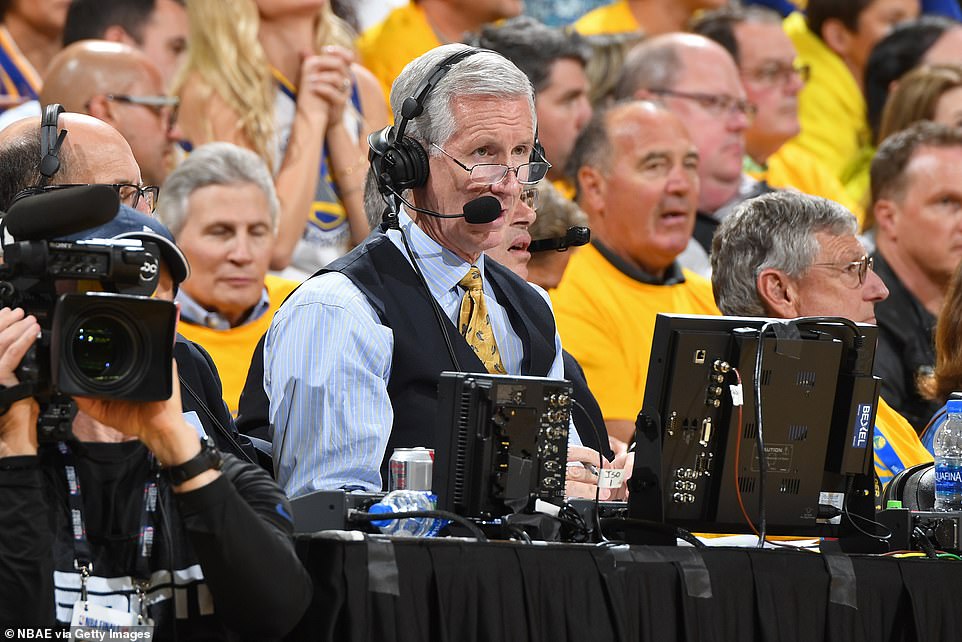 Mike Breen, 61, has been the NBA’s lead play-by-play announcer on ABC/ESPN since 2006 and has also been an official member of the Naismith Hall of Fame since last year. 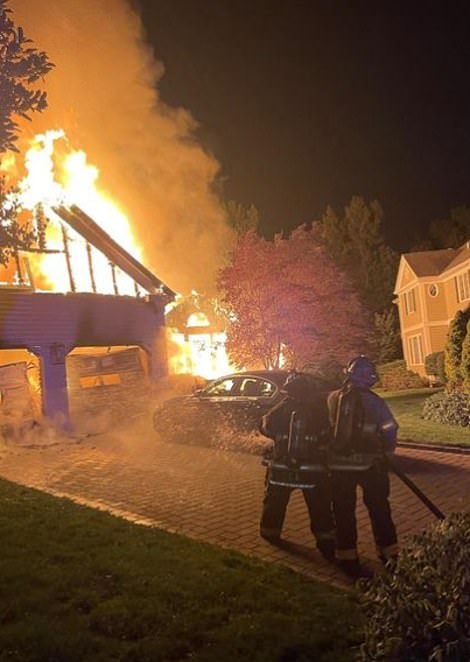 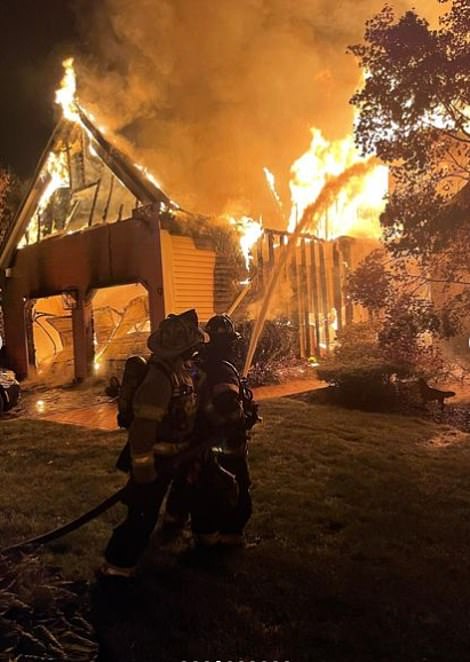 Sunday’s fire engulfed most of the Breen residence as firefighters tried to put out the fire in the garage area. 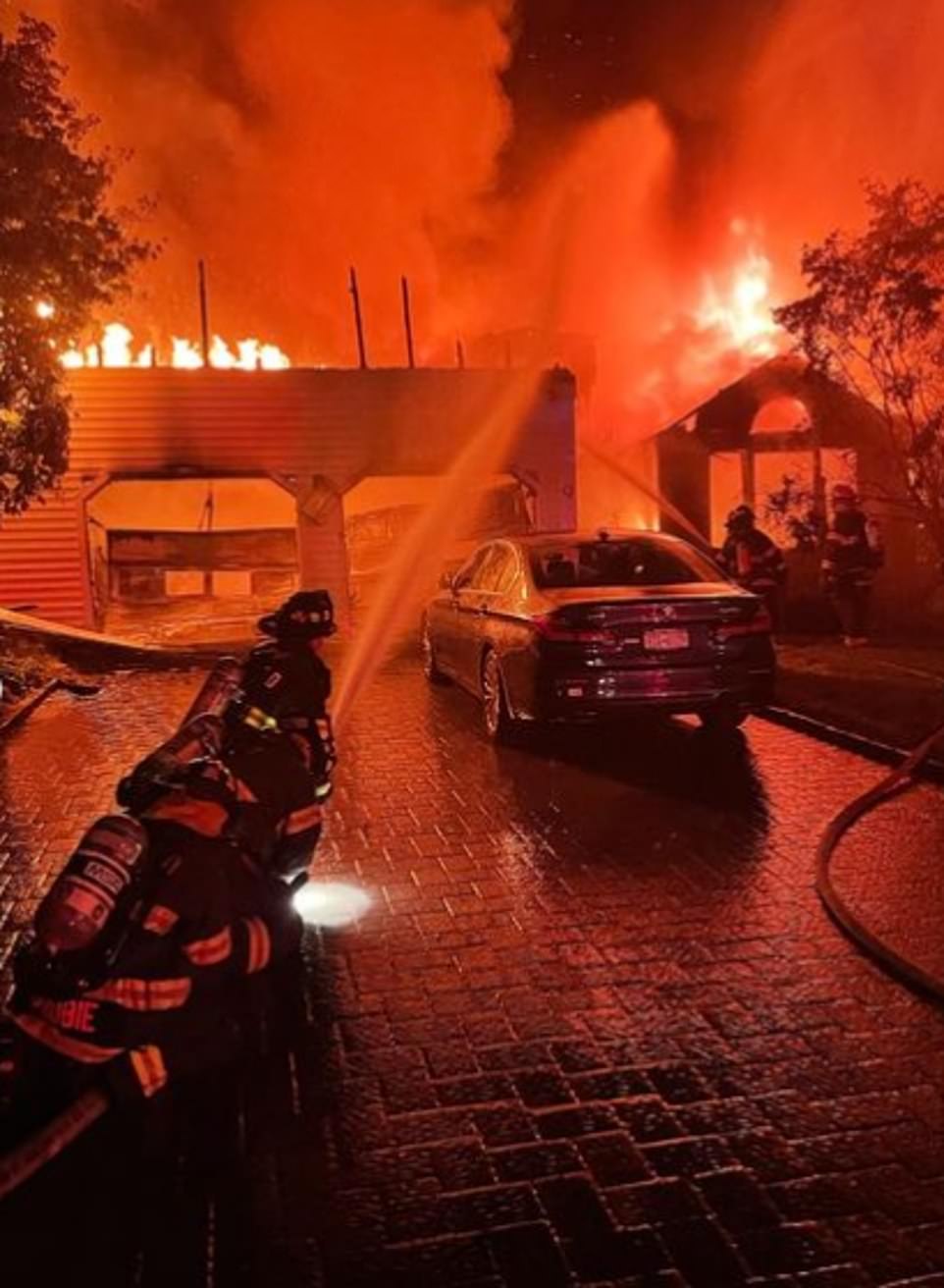 As the fire spread across the Breens’ property, smoke and flames were seen rising in an orange/red sky on Sunday.

Firefighters were first alerted to the fire by neighbors in Breen, and house alarms located inside the house were activated. The officials did not leave the property until 2:07 p.m., since they remained almost 10 hours in the place, according to USA Today.

No cause related to the incident has been released as an investigation launched by local officials continues.

Numerous hand lines were used, as well as two ladder pipes and a deck gun to fight the fire. The @nassaufiremarshal responded with their drone to help locate hotspots,’ the Manhasset-Lakeville FD shared on social media.

Breen has been ABC’s lead play-by-play announcer for the NBA Finals since 2006 and was previously a commentator for New York Giants preseason games. He has also been commentating on Knicks games for the MSG Network since 1992.

He is well known to sports fans for yelling ‘BANG!’ after clutch plays and throws to yell “BANG!” after big shots during games and has been the primary play-by-play announcer for the NBA Finals since 2006.

The 61-year-old worked out of his Long Island home during the COVID-19 pandemic, as protocols at the time did not allow broadcasters to be in stadiums, according to Bleacher Report. 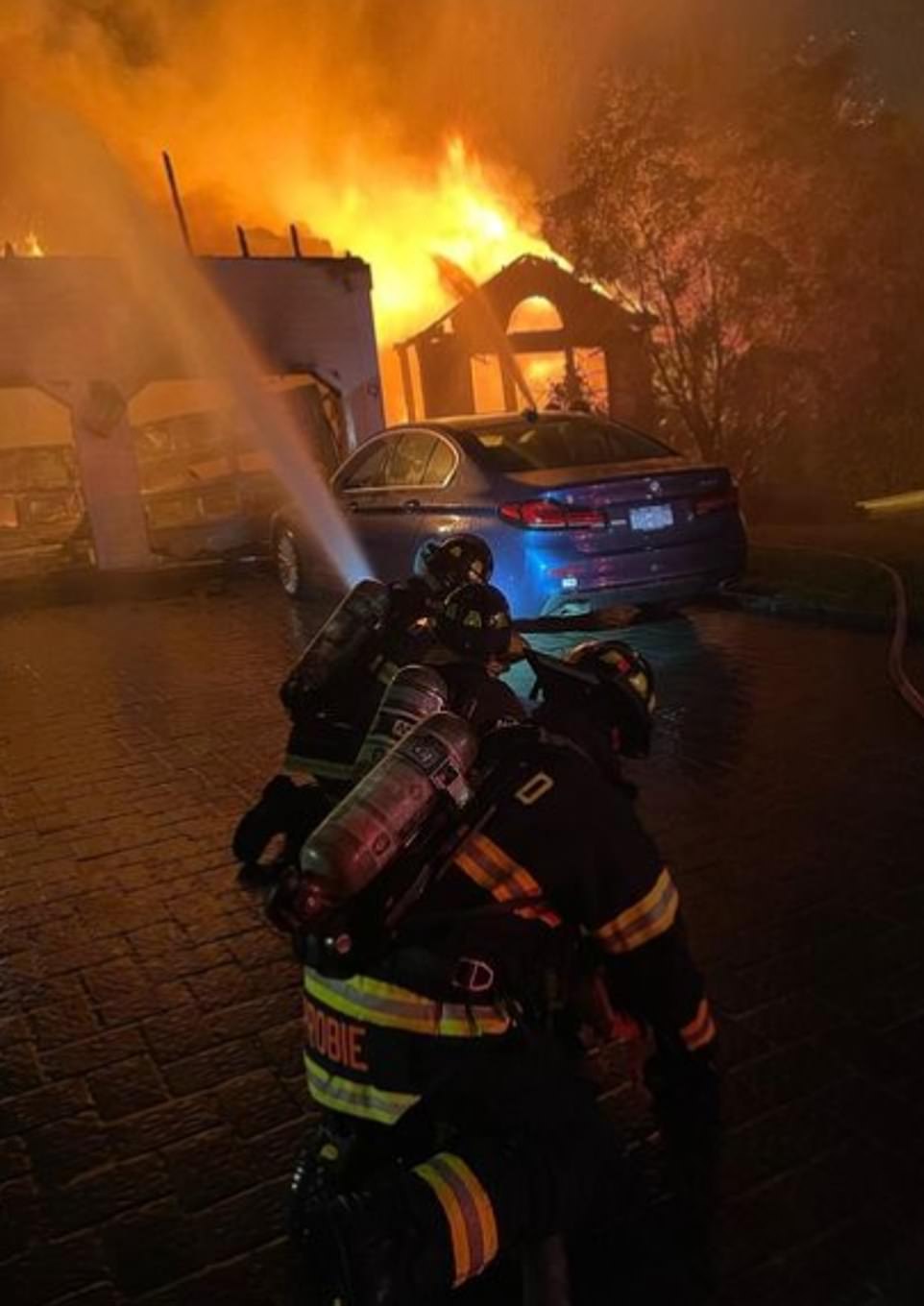 The fire caused the Breen family to lose almost all of their possessions before the start of the new NBA season. 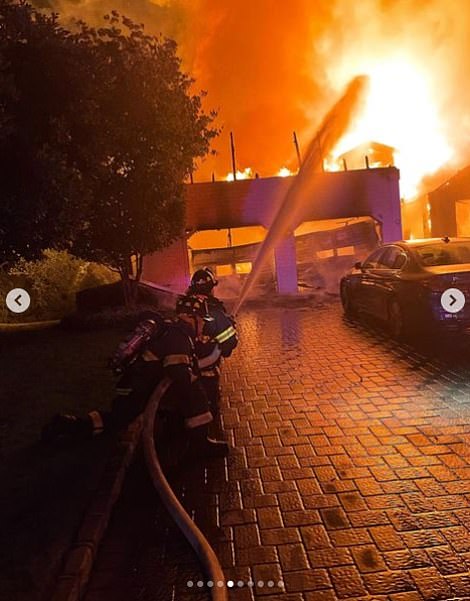 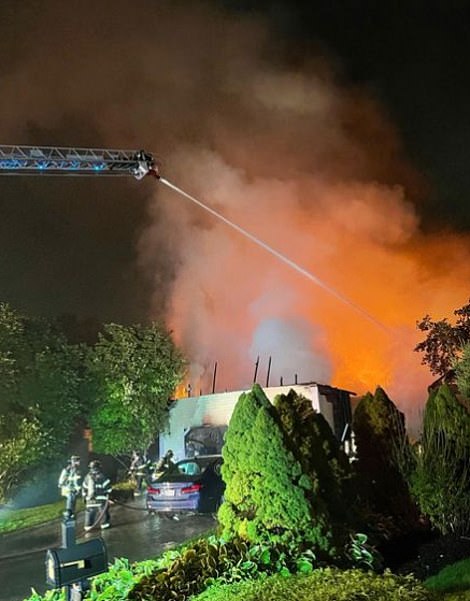 No members of the Breen family were injured in the massive fire, and it is believed that no one was in the house during the fire. 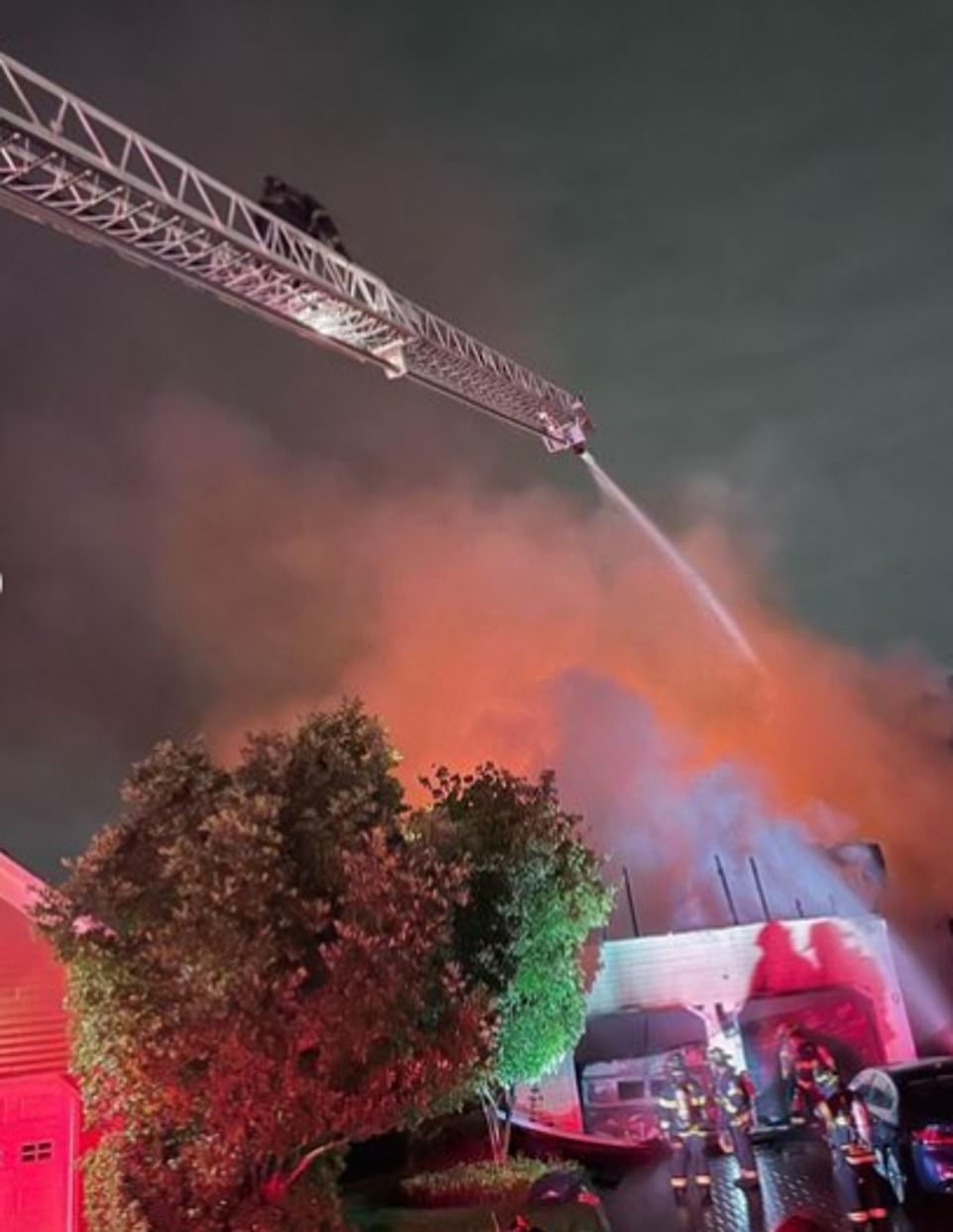 “Mike is a beloved member of the ESPN family and knows he has our full support in this terrible circumstance,” ESPN, which is the parent company of ABC, said in a statement.

“We know the damage is devastating and at the same time we are grateful that he and his family are safe.”

Breen is set to embark on his 30th season as an NBA broadcaster since being hired 16 years ago to replace Al McDaniels for ESPN/ABC.