Married At First Sight UK has been accused of prioritising ratings over the wellbeing of cast members after viewers expressed concern over a number of scenes aired in this year’s series.

Series seven of the E4 show has been plagued with safeguarding concerns after viewers hit out against couples being urged by experts to be ‘intimate’ with each other despite appearing uncomfortable and seemingly plied with booze at explosive dinner parties.

Meanwhile, questions have been raised over the thoroughness of background checks after emotional abuse allegations surfaced about George Roberts earlier this week.

It comes after other broadcasters such as ITV faced intense scrutiny over their duty of care for participants of reality TV shows following a number of deaths linked to Love Island and Jeremy Kyle, leading to stricter protocols being implemented. 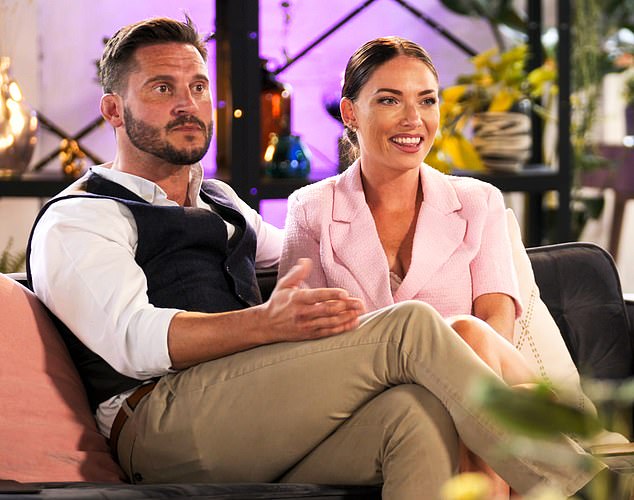 George Roberts, 40, married former Ms Great Britain, April Banbury, after they met at the altar for the first time. Pictured, the pair together

Dr Charlotte Proud, an award-winning barrister, said that ‘there needs to be a better format that puts contestants’ safety and well-being above viewer ratings’ but at the moment believes it is ‘the other way around’.

During one cringeworthy episode, partners Whitney Hughes and Duka Cav were told by resident dating expert Charlene Douglas to ‘push themselves’ during intimacy tasks such as staring into each other’s eyes, hugging and kissing.

After struggling to stare into Duka’s eyes for a full minute, Whitney said: ‘I feel like there’s pressure on me, I don’t want any pressure on me.’

Viewers were quick to notice Whitney’s unease with the task, stating she looked ‘uncomfortable’ while others said that ‘forcing’ them to be intimate was ‘just cringe’ and ‘not acceptable on any level’.

Dr Proudman said that some of the behaviour exhibited on the show, if seen in real life, would warrant calling the police ‘for harassment’. 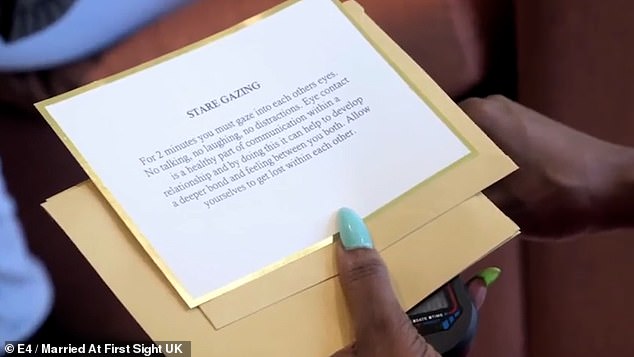 In one episode, couple Whitney and Duka were told they had to ‘gaze into each other’s eyes’ by dating expert Charlene Douglas which led to ‘uncomfortable’ scenes 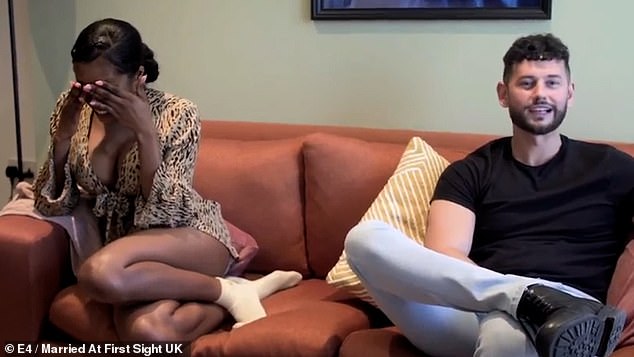 Whitney appeared ‘uncomfortable’ during the episode in which she was asked to do intimacy tasks with her husband Duka, which led viewers  branding the task as ‘cringe’ 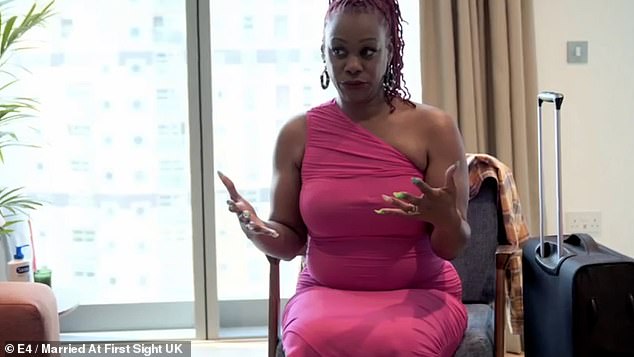 Dating expert Charlene Douglas pictured during the episode in which she said the couple should ‘push’ themselves to do intimacy tasks. C4 said ‘contributors have the choice not to take part in activities if they do not wish to’.

She said: ‘If you saw someone on the street trying to kiss a random person and asking them intimate personal questions you’d call the police for harassment and assault but put a rolling camera in front of them and call it ‘love’ suddenly it’s all fine.’

Meanwhile, one psychologist told MailOnline there was a risk that audiences watching the show could emulate problematic behaviours.

Dr John Oates, a professor of developmental psychology at the Open University who advises TV production companies, said watching these sorts of tasks ‘might normalise invasion of privacy as being an acceptable thing to do’.

Channel 4 said that ‘contributors have the choice not to take part in activities if they do not wish to’.

They added: ‘Contributor care and wellbeing is of paramount importance and we work closely with our production partners to ensure robust contributor care protocols are in place and that appropriate support is available to contributors before, during and after broadcast, including access to our experts and an independent psychologist.’

During the series, viewers have taken to social media to express their disbelief at the amount of alcohol apparently consumed at explosive dinner parties and other group activities, where blazing rows are commonplace.

People have expressed concern over the amount of alcohol participants appear to drink at the dinner parties. Cast members pictured on E4’s Married at First Sight UK 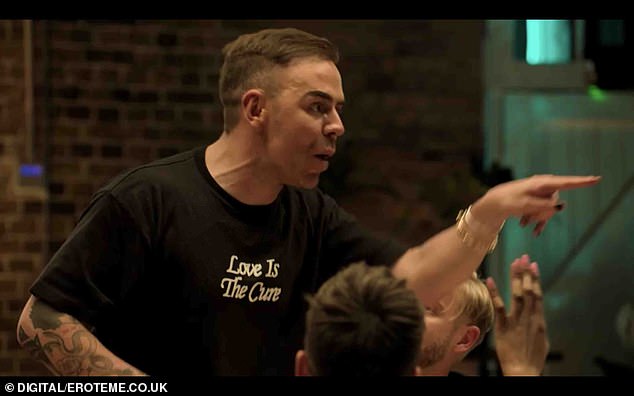 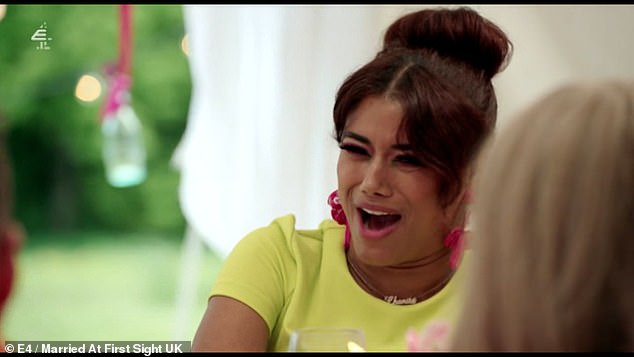 People have expressed concern over the amount of alcohol participants appear to drink. Chanita pictured on E4’s Married at First Sight UK 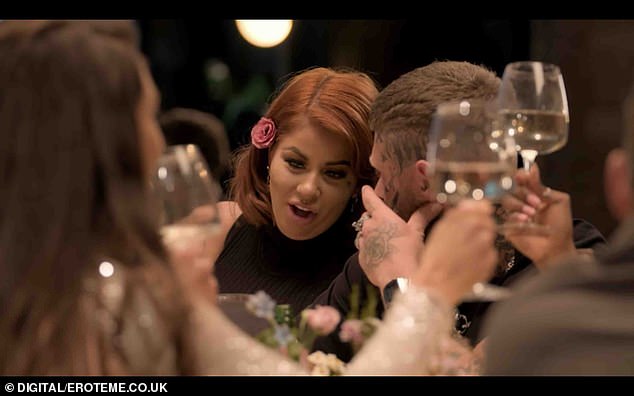 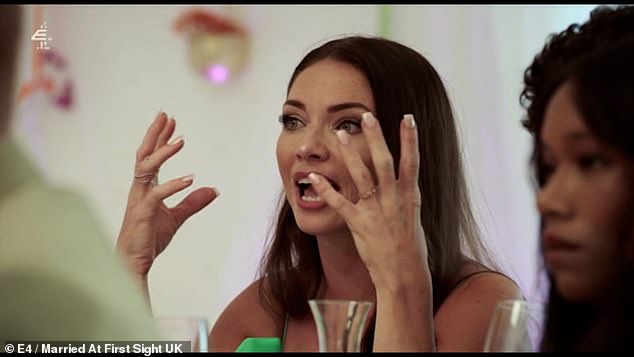 People have expressed concern over the amount of alcohol participants appear to drink. April pictured on E4’s Married at First Sight UK 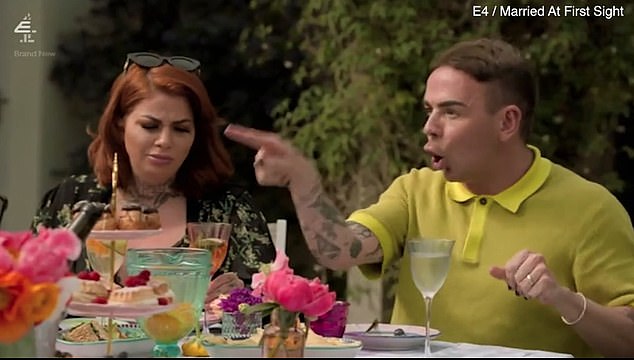 People have expressed concern over the amount of alcohol participants appear to drink. Gemma and Thomas pictured on E4’s Married at First Sight UK

One person said: ‘The producers know if they add alcohol to the mix and they’ll get the drama they want’ while others were left questioning if there was a limit on how many drinks they were allowed.

It comes as other reality TV shows such as Love Island have implemented a two-drink rule to curtail the amount of alcohol which can be drunk by contestants.

ITV’s safeguarding came under fire following the deaths of former contestants Sophie Gradon and Mike Thalassitis and host Caroline Flack on Love Island and guest Steve Dymond on Jeremy Kyle, prompting the broadcaster to publish details of their extended duty of care protocols. 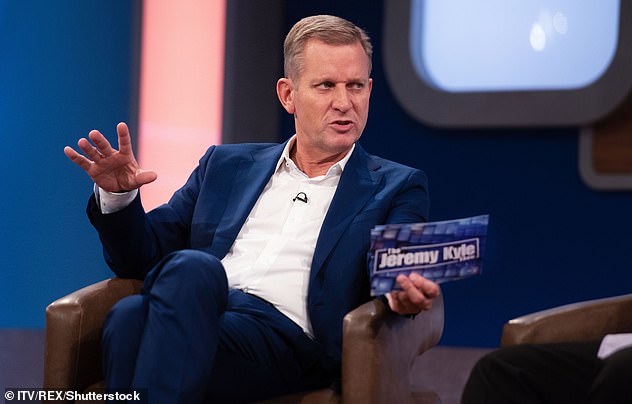 The Jeremy Kyle Show (pictured) was taken off air after Steve Dymond took his own life after taking part in the show. His episode has never been aired

Last year, Ofcom boss Adam Baxter warned Love Island and other shows could be stripped of their broadcasting licences if they fail to protect contestants wellbeing.

Dr Oates said it was ‘not appropriate’ to provide contributors with alcohol ‘as a means to generate conflictual, aggressive behaviour which shows they’ve lost a degree of control.’

‘It’s arguable it’s not ethical for television broadcasts to show people who lost control,’ he added.

Channel 4 said that ‘alcohol intake is monitored and limited across dinner party shoots, which take place during the course of a single evening, and producers prioritise the contributor’s safety and wellbeing at all times.’

Safeguarding issues have been in the spotlight 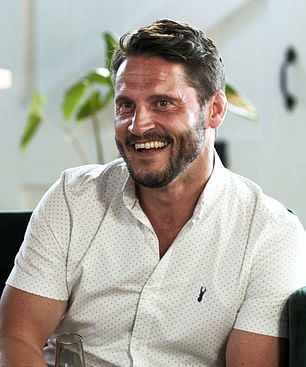 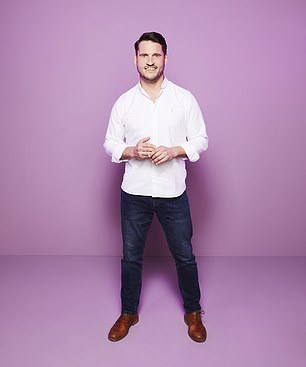 Three ex-girlfriends of George Roberts said they independently made complaints to the police, claiming to have been ‘love-bombed’ before the relationship became ‘coercive’

Earlier this week, bombshell revelations made in the Sun claim that Mr Roberts, 40, was able to marry a stranger on television despite three of his exes complaining to police about his alleged abusive behaviour.

In the show, Roberts married former Ms Great Britain, April Banbury, after they met at the altar for the first time. However three women who claim to be his ex-girlfriends said that they were horrified by his inclusion in the show.

Each of them said that they had independently made a complaint to the police about his behaviour, claiming to have been ‘love-bombed’ before the relationship became ‘coercive’.

All three said that they raised concerns with Channel 4 after seeing Roberts in  trailers for the show, flagging his ‘abusive, ‘obsessive’ and ‘manipulative’ behaviour towards women. 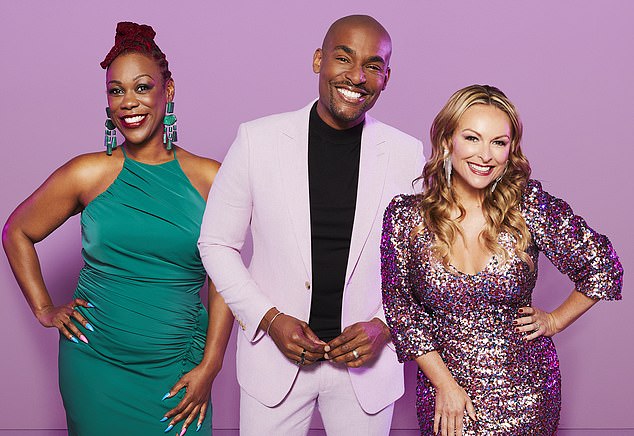 Channel 4 said Mr Roberts, like all contestants that appear on the show, was ‘subject to rigorous background and psychological checks, including the most detailed police checks a production is able to undertake.’

But amid concerns Mr Roberts was able to appear on the show, Dr Proudman, who specialises in male violence against women and girls, said that allegations of domestic abuse made to the police ‘should have rung alarm bells’.

She said: ‘Safeguarding is integral to any shows which concern intimate partnerships. If a reality TV show is pairing someone up to marry another, then they have a duty of care to make sure that they are safe.

‘Allegations of domestic abuse made to the police should have rung alarm bells. No one should be unwillingly or unknowingly exposed to an alleged abuser.

‘Three women called the police on the same individual. It is time for shows like Married at First Sight, Love Island and all other reality shows that use ‘love’ as a prize protect the safety and well-being of the contestant rather than the entertainment factor.’ 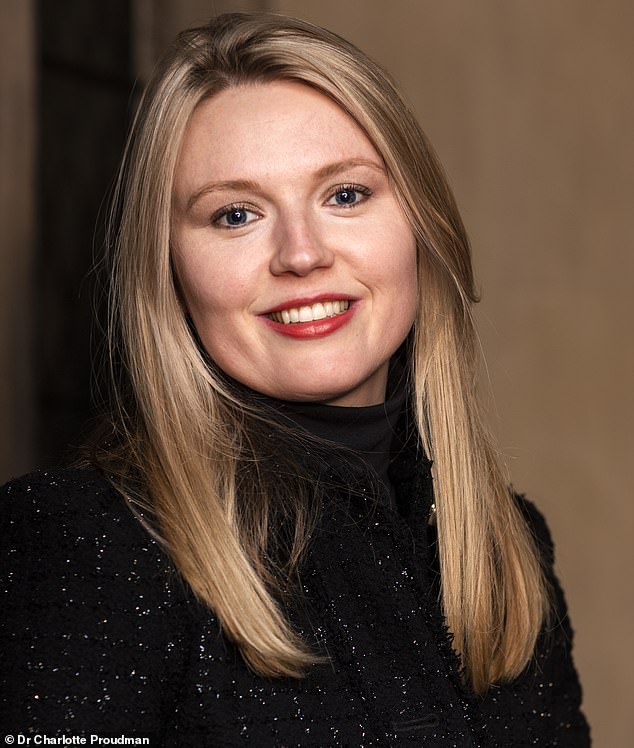 She added: ‘If the producers found out [about the allegations] after filming, why was the show still aired? Why did they allow a person accused of abuse by multiple women to feature on the TV show?’

When considering if the show should continue in the same format next series, Professor Oates said ‘the broadcaster and production company should definitely reflect on what’s happened’, adding that he recommended they ‘consult with experienced psychologists in reviewing their duty of care practices’.

Channel 4 said that ‘prior to filming, we work incredibly closely with our production partners to ensure all Married at First Sight UK contributors are subject to rigorous background and psychological checks, including the most detailed police checks a production is able to undertake.

‘Any allegations of this nature are taken extremely seriously by Channel 4.’

A spokesperson for Mr Roberts told The Sun that the television star denies the allegations and finds them ‘deeply upsetting’, adding: ‘[He] does not condone abuse nor behaves in that way.

‘These allegations were never brought to his attention, investigated or taken further by the police for good reason as they are simply not true,’ they added.