Royal Mail shares hit a two-year low as they remained mired in a union dispute.

The Communications Workers Union (CWU) has announced another 19 days of strikes between October and November in the postal group.

Shares fell 3.5 percent, or 6.85 pence, to 187.2 pence, but there was a glimmer of hope after the CWU said Royal Mail had agreed to continue talks today. If no solution is found, strikes will fall on some of Royal Mail’s peak days. 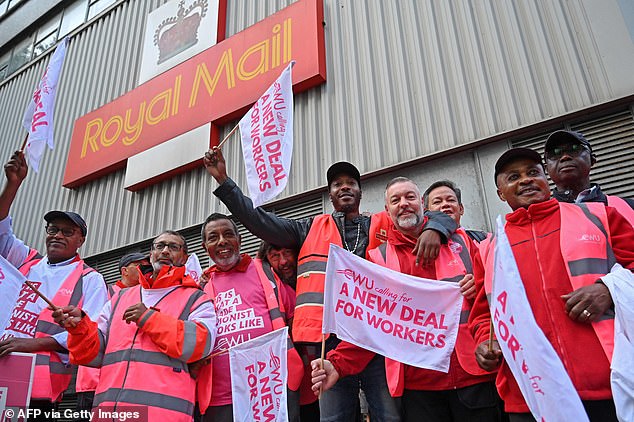 Pay strikes: Royal Mail shares fell 3.5% but there was a glimmer of hope after the Communications Workers Union said Royal Mail had agreed to continue talks.

Workers want a pay rise but, having made a £92m loss in the first quarter, Royal Mail said last week that the CWU had not outlined “viable alternatives to fund further pay rises”.

He also called for the talks to be taken to Acas, the dispute resolution service, as well as modernizing the ways it works with the union.

JP Morgan analysts believe the strikes will encourage clients to use rivals, with Peel Hunt reiterating a ‘sell’ recommendation. Royal Mail was trading at 330 pence in 2013. It is now worth about 1.85 billion pounds, and its shares have fallen 63 percent this year.

A stern warning from the International Monetary Fund (IMF) was followed by a dramatic intervention in bond markets by the Bank of England in an attempt to restore calm. 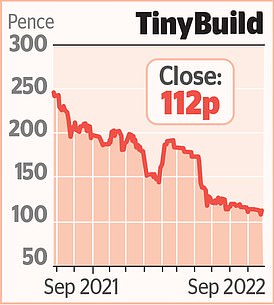 CML Microsystems rose on a positive update that buoyed investors. Ahead of its interim results in November, the electronic chipmaker said it has enjoyed “strong” trading for the six months to the end of September.

As a result, CML said it now expects revenue and profit for the year to beat market expectations. The shares rose 11.7 percent, or 41 pence, to 391 pence.

There was better news for Spirax Sarco after its £307.5m acquisition of US firm Durex, which makes temperature sensors used to build semiconductors. The engineer, which acquired Paris-based industrial heating company Vulcanic in July, was up 2.5 percent, or 255p, at 10,385p.

Wetherspoons was one of the biggest droppers in the mid-cap index, falling 4.3 percent, or 19.4 pence, to 429.2 pence, after analysts at Liberum issued a gloomy outlook.

Ahead of the pub group’s preliminary results on Oct. 7, the broker cut the price target from 600 pence to 450 pence and said the company’s current trading is likely to have remained “subdued”.

Aston Martin hit an all-time low as the luxury carmaker completed its £575.8m rights issue. With analysts unsure if its massive debt can be reduced, it fell 5 percent, or 7.55 pence, to 142.25 pence.

SSP Airport Catering fell 1.1%, or 2.3 pence, to 207.1 pence after mixed reports from brokers. Morgan Stanley raised its price target on the company, which owns Upper Crust and Millie’s Cookies, but Stifel and Deutsche Bank lowered it.

An I3 Energy co-founder stepped down as CFO.

The shares fell 2.1 percent, or 8.2 pence, to 383.8 pence. Amigo Holdings became the latest company to be rocked by a shareholder revolt over paying the big cats.

At its annual general meeting, 45 percent voted against the lender’s remuneration report. The shares rose 5.9 percent, or 0.22 pence, to 4.02 pence.