Keir Starmer today made another attempt to stamp out the Corbyn era, vowing Labor will no longer pull out the government’s ‘big checkbook’ to solve problems.

In a keynote speech to kick off a critical political year, Sir Keir praised the private sector for “creating wealth”. “Everything we say and do will be budgeted in full,” he said.

In a nod to voters’ fears that he has not “closed the deal” despite the huge polls, Sir Keir insisted that he will not “rest on our laurels”.

A poll this week revealed that Rishi Sunak has skipped Sir Keir as the preferred option for PM.

In his speech this morning in East London – just yards from where the Prime Minister delivered his own New Year’s address yesterday – Sir Keir set out his vision for ‘a decade of national renewal’.

But while drawing the ire of the hard left, he said: ‘I can see the damage the Tories have done to our public services as clearly as anyone. But we won’t be able to work our way out of their mess – it’s not that easy.

“There is no substitute for a robust private sector that creates wealth in every community.” 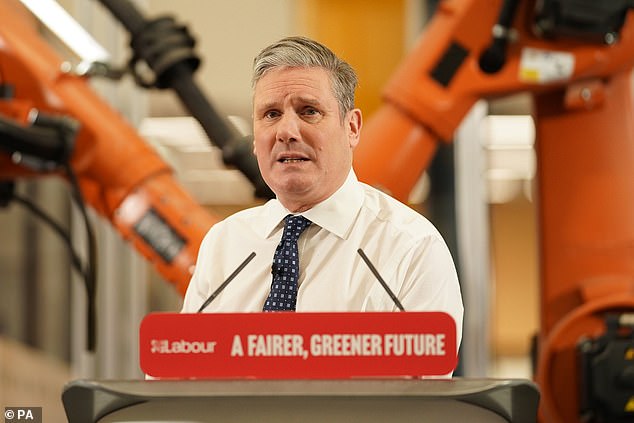 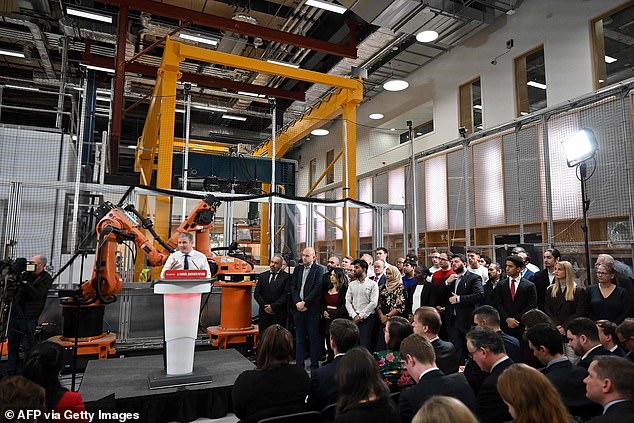 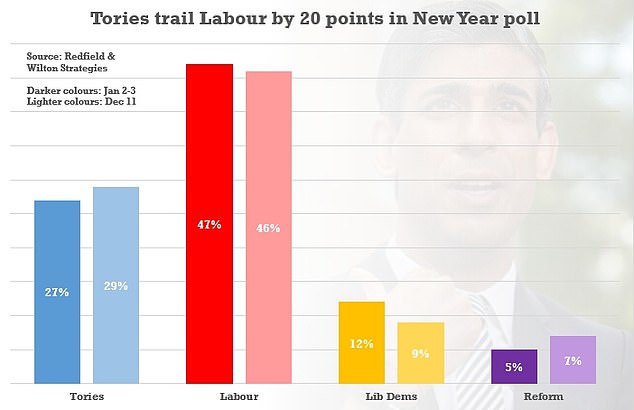 Despite Labor having huge polls, there are signs support is ‘soft’ and the public is still unconvinced by the leader 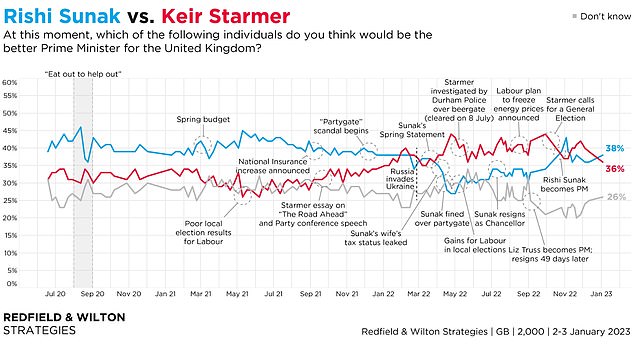 Sir Keir’s performance will be closely compared to that of Mr Sunak, who delivered his own New Year’s speech yesterday.

The Prime Minister made five commitments to judge him against the rest of Parliament, including halving inflation, growing the economy and reducing waiting lists on the NHS.

He also opened dividing lines with Labor by committing to strict anti-strike laws and stopping the flow of migrants crossing the Channel in small boats.

Sir Keir will say he can deliver the ‘economics and politics Britain deserves’ and end the era of ‘sticky politics’.

In issue #10 he would introduce “a new way of governing” that will help build a fairer, greener and more dynamic Britain.

“This is Keir Starmer’s yet another desperate relaunch – his tenth since becoming Labor leader.

“Every week he changes his position depending on what he thinks is popular – from supporting free movement to supporting the unions, he will say anything when the politics suits him.

“He needs to stop clichéd speeches and instead finally reveal a plan for people’s priorities.

“He has no say in how to cut crime, curb immigration, and reduce borrowing — that’s what the nation wants to see.”

It comes amid a rift among Sir Keir’s frontbenchers after one of them refused to endorse a ‘reform or die’ appeal to the NHS from shadow health secretary Wes Streeting.

He said he couldn’t understand why the British Medical Association union was “hostile” to the idea that with more staff should come better standards.

And he said that “we cannot continue to put money into a 20th century model of care that produces late diagnoses and more expensive treatments.”

But Dr Rosena Allin-Khan, Labour’s mental health spokesperson, declined to endorse the approach in an interview yesterday on three occasions.

When asked if she agreed with Mr Streeting, she said only that she was keeping the commitment to increase the workforce. 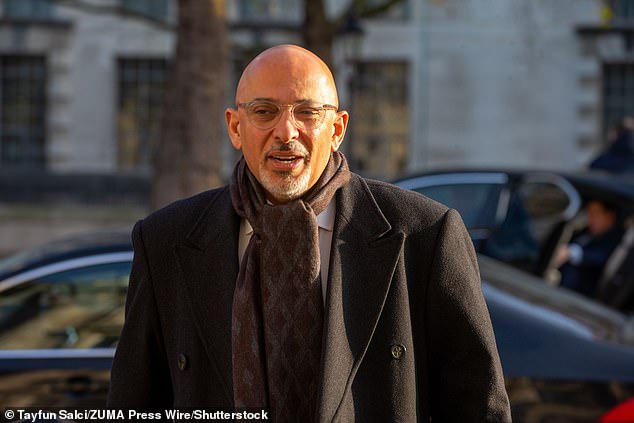