Karen’s Diner is at the center of controversy once again after a customer was told by a staff member that she looked “bulimic.”

Influencer Cherry Hart posted a video of her dining experience at the Brisbane restaurant to social media, with many offended commenters complaining that the waitress went “too far”.

The restaurant’s motto is “Great Burgers and Rude Service,” but it is increasingly being accused of “crossing the line” with inflammatory comments about people’s appearance.

Hart said that when the incident occurred, he “didn’t think it was a big deal as I thought that’s what they do.”

“When I found out (their policy is) ‘No body simulating’ is when I posted.” 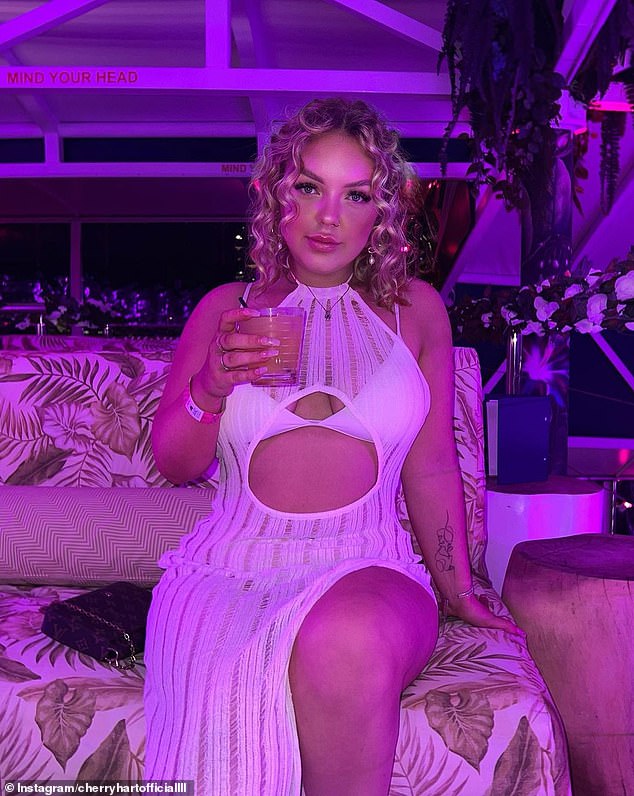 The drama unfolded when Hart and a friend ordered dessert.

The waitress gave her a disapproving look and said, ‘You realize the dessert is huge, I doubt you’re going to eat it.’

Hart responded with what she called an “awkward laugh.”

The waitress took this as confirmation and said, ‘You laughed, so I must be right.’

Commenters were quick to condemn the waitress for “going too far” and offered their support for Hart on her TikTok site. 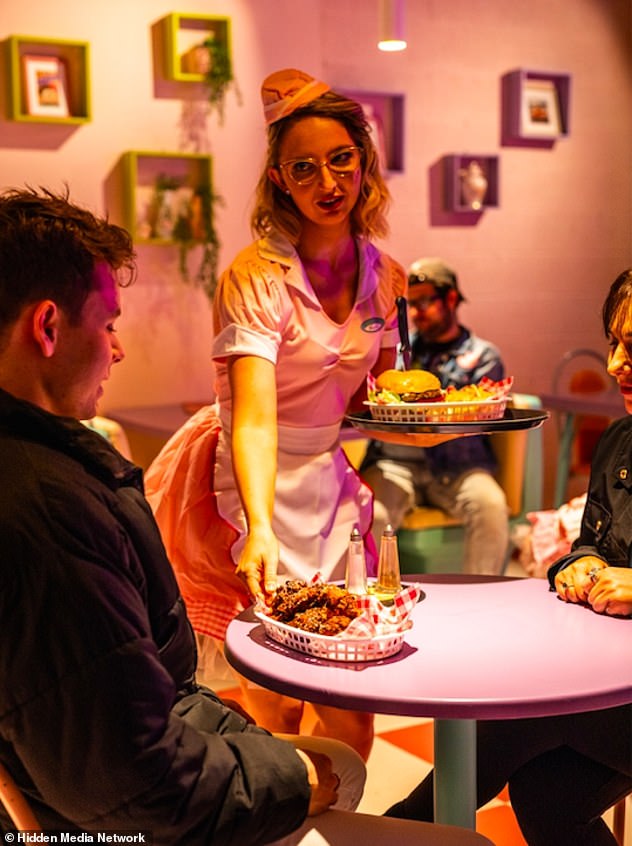 The unique restaurant plays on this stereotype, encouraging guests to bring out their ‘inner Karen’ by ‘whining until the cows come home’ and demanding to ‘speak to the manager’.

Another said: ‘Oh Jesus that’s not right, as someone who suffers from ED (eating disorder) it’s pretty hard for me to eat on a night out so this would really bother me.’

A few others turned their backs on the waitress, and one said ‘My God, if she doesn’t get fired for that.’

Bulimia nervosa is a serious psychiatric illness characterized by recurrent episodes of binge eating (the consumption of abnormally large amounts of food in a short period of time), followed by self-induced vomiting, fasting, excessive exercise, and/or misuse of laxatives. , enemas or diuretics.

Another poster read: “It’s weird how they pick on others, but they should take a look at themselves.”

Others said they hoped Hart was okay after the match, but one person said it makes them want to go to the restaurant.

“I want to go to Karen’s Diner and provoke them into saying something like that and then cry and say it’s true and make them feel really bad,” they said.

Hart said he posted the video because “I’ve been running into some stuff lately, so I thought I’d post my experience.”

He was referring to insulting experiences other people have endured at Karen’s Diner outlets.

In one case, a father was horrified when staff encouraged his young children to tell their father to ‘fuck off’, while another young woman claimed staff brought her to tears after making fun of her hair color by calling her “dirty ranga”. .

Neil Cummins took his children London, eight, and Cruz, 10, to dinner at Karen’s Diner in World Square in the Sydney CBD on Sunday, September 18.

He said he was shocked by the employees’ vulgar language, saying they openly swore in front of their young children and encouraged the children to point fingers at him.

Mr Cummins told Daily Mail Australia that he had booked the restaurant after his children saw it on TikTok, but was unprepared for how “complete” the experience was. 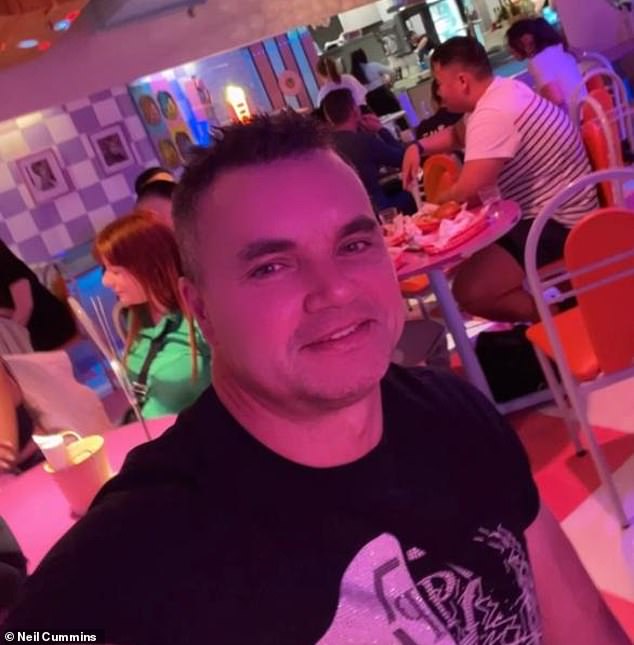 Neil Cummins, a father of two from Sydney, said he was shocked by the foul language used by staff and asked the restaurant to implement an age restriction.

“I can take a bit, but being called an idiot is going too far,” he said.

He said one of his sons was told to “fuck off” halfway through his meal and then told to come get his “damn dessert.”

Cummins said he was called an “asshole” for not tipping and a “bad dad” for taking his kids to the restaurant in the first place.

He said his eight-year-old son became “distressed” after being urged to point fingers at his father, and the boy eventually asked the waiter to “stop doing that.”

In a video captured at his table, Mr. Cummins is told to hurry up as he tries to order food and is asked if he is having difficulty reading the menu. 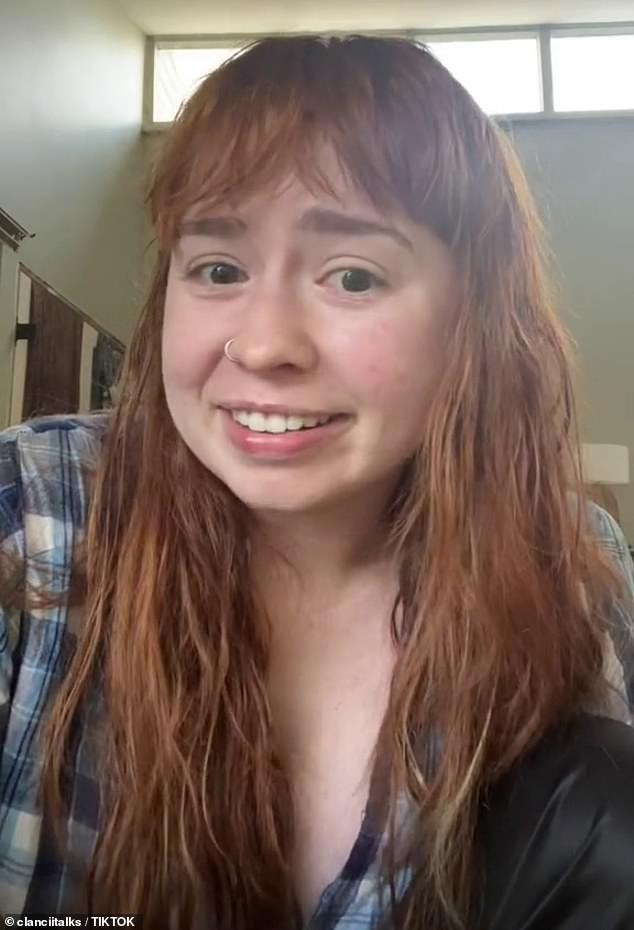 Another woman, who goes by the TikTok username @clanciitalks, said she had been “so excited” to visit Karen’s Diner, but had been “bullied” by a waitress until she cried.

He said he heard a waiter ask a nearby woman if she thought she should eat the cake that was brought to her table for her birthday.

Another woman said she had been “very excited” to visit Karen’s Diner, but had been brought to tears by a waitress.

Do you think the waiters and waitresses at Karen’s Diner are going too far with their rudeness?

“I love role-playing, improv, acting, all of that, so I was really excited,” she said on TikTok.

“But it was really horrible, it was awkward. They literally intimidated me. About my hair. They said some horrible things and they weren’t even creative about it.

She said staff called her a “dirty ranga” and told her to “get her hair done,” adding that they hadn’t spoken to her that way since high school.

“It was really triggering, I actually started crying when the waitress was talking to me like that and I asked her to stop, and she said no,” she said.

He ended the video by saying that he would not recommend anyone to go to the restaurant unless they wanted to “pay to be bullied.”

The restaurant also made headlines after a video of an angry customer yelling at the staff circulated on TikTok.

The fed up customer blew up at a waiter at the entrance to a Brisbane restaurant after an employee allegedly made fun of his hair loss. 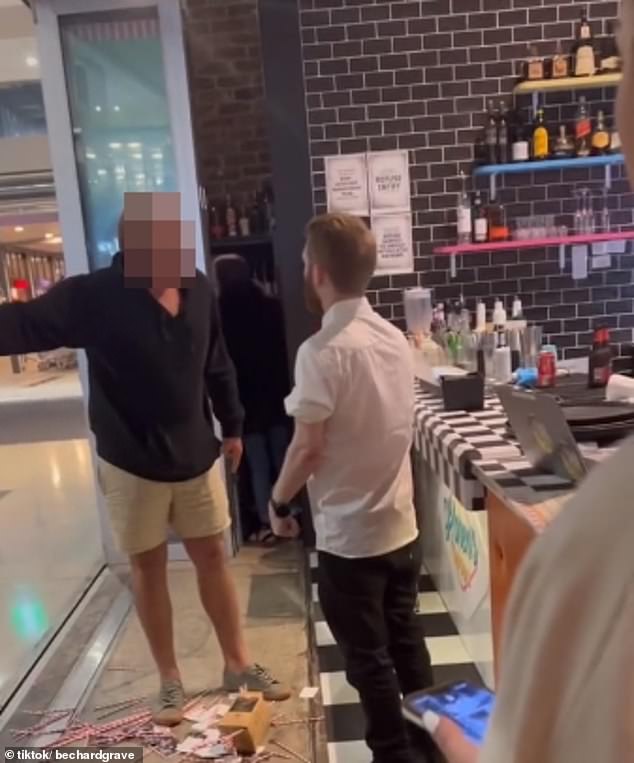 A fed up customer has blown up at staff at a Brisbane restaurant after an employee allegedly made fun of his hair loss.

Bec Hardgrave, a health coach from Queensland, uploaded the video to TikTok over the weekend with the caption: “Check this out, this guy was told he had a receding hairline and this is what he did.”

‘What’s the only thing your damn sign says? No body shaming! the man is heard screaming as he points out the house rules at the entrance.