Australian Jews have called for disgraced rapper Kanye West to be denied a visa over his hateful anti-Semitic tirades.

The Holocaust-denying entertainer has faced an exodus of sponsors and investors over the past four months after he began voicing his extreme views.

West, 45, “married” architect Bianca Censori, 27, originally from Melbourne, about two weeks ago in a non-binding ceremony in Utah.

It is believed he plans to go to Australia next week to meet his new bride’s family, but part of the local Jewish community wants him barred from arriving. 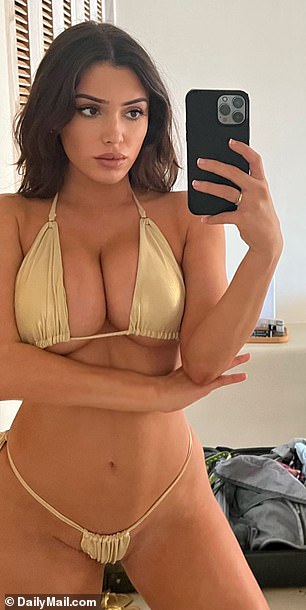 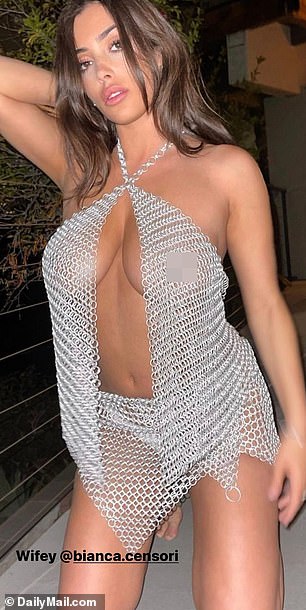 West, 45, “married” architect Bianca Censori, 27, originally from Melbourne, about two weeks ago in a non-binding ceremony in Utah

The strongly worded statement referenced three of West’s most outrageous statements and argued that “calls to violence and hatred” must have consequences.

“Australia should not spread the welcome mat and provide a platform for a hate monger who spews threats against the Jewish community and spreads conspiracy myths about Jewish power, greed and control,” he said.

“Kanye is a blatant, unvarnished anti-Semite, Nazi enthusiast, and Hitler worshiper who openly admires an evil tyrant responsible for the extermination of six million Jews, including 1.5 million children.”

“This kind of rhetoric is dangerous and has real world implications given the more than 30 million followers this person has who may come to believe he is demonizing the Jewish community and they need to act.” 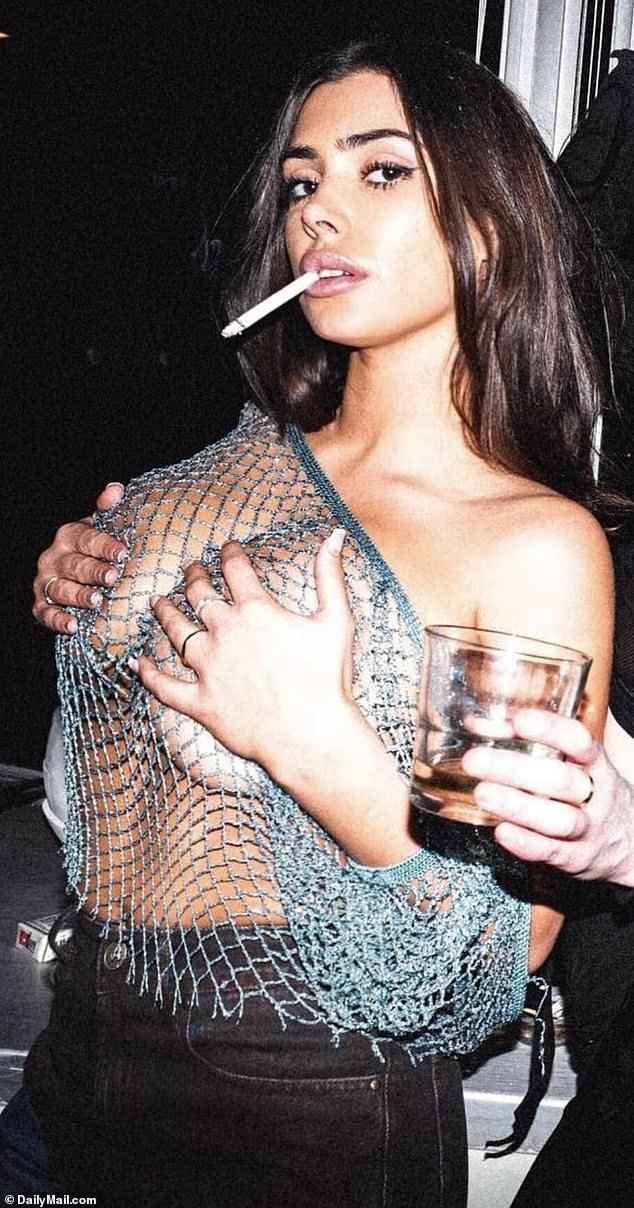 Dr. Abramovich argued that allowing West to enter the country would undermine Australian values ​​of tolerance, diversity and respect.

He claimed that anti-Semitism was on the rise and that “its presence in the country, abhorrent anti-Jewish propaganda and incitement and abhorrent rhetoric pose a significant risk to the Jewish community.”

Mr Giles has the power under section 501 of the Migration Act to refuse entry to Australia for anyone if he believes they fail a character test.

With the character test enshrined in legislation, a non-citizen may be denied entry or expelled for various reasons.

The first paragraph pertains to ‘general conduct’ that may not be punishable, including in particular ‘political extremism’.

The second paragraph provides for refusal of entry if there is a ‘significant risk’ that the person would ‘defame any part of the Australian community’.

Character tests would also fail if they were likely to ’cause dissension in the Australian community or in any part of the community’.

Americans do not need a formal visa to visit relatives under the visa waiver program, but entry may still be denied. 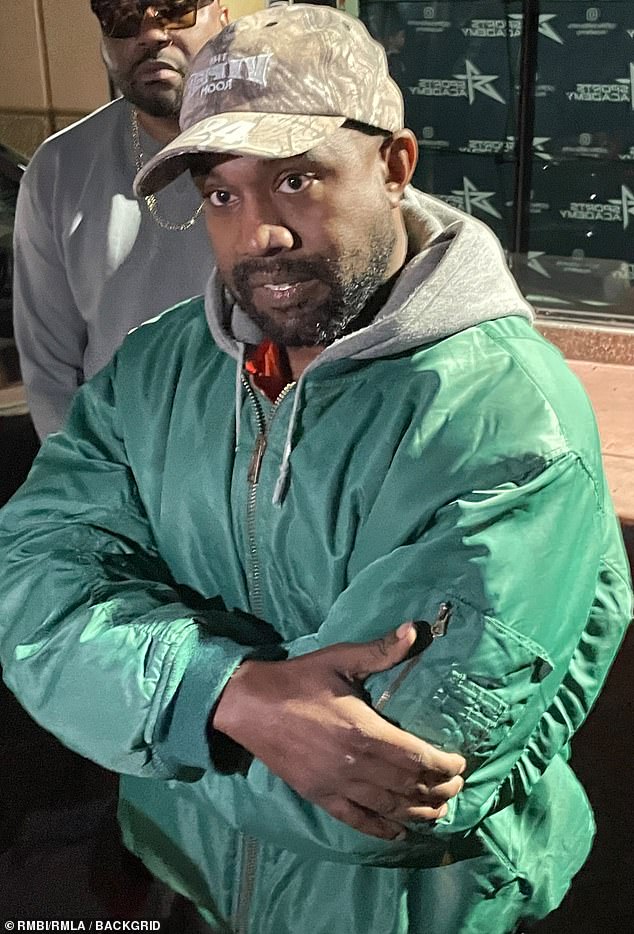 Dr. Abramovich cited three statements West made in October and December as evidence that he was barred from entering Australia.

The first was a tweet on Oct. 8 that read, “I’m a little sleepy tonight but when I wake up I’m going to die con 3 (sic) on JEWISH PEOPLE.

‘The funny thing is that I can’t actually be anti-Semitic, because black people are also Jewish.

He then attacked “Jewish media” and “Jewish Zionists” in an October 16 interview, claiming that “Jewish people hold the black voice” and that “the Jewish community, especially in the music industry… are dying.”

Finally, there was West’s infamous interview with disgraced conspiracy theorist Alex Jones, along with “his white supremacist sidekick Nick Fuente,” where he spent much of the three-hour speech spewing anti-Semitic nonsense.

Among his claims were that the Holocaust, in which the Nazis systematically murdered six million Jews, never happened, and he praised Adolf Hitler.

“I see good things about Hitler… Every human being has value… especially Hitler… We must stop insulting the Nazis all the time,” he said.

Hours later, West was kicked off Twitter “for inciting violence” after the rapper posted the photo of the swastika – the symbol of the Nazi Party – intertwined with the Jewish Star of David after the interview. 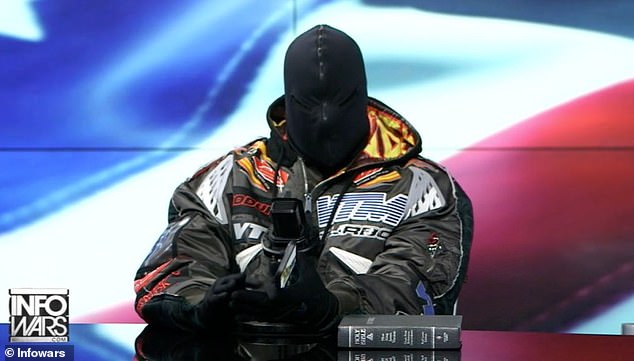 “I see good things about Hilter…every human being has something of value that they have put on the table, especially Hitler,” West said in the interview with Alex Jones

The 22-time Grammy winner was dumped by Vogue, CAA, Balenciaga, Gap and Adidas when he started publicizing his views, which cost him a whopping $1 billion.

According to Censori’s Linkedin page, she met the rapper at least two years ago when she took a job as an architectural designer at West’s Yeezy company.

Prior to that, she worked as a trainee architect at DP Toscano Architects – a firm in Collingwood, Melbourne’s inner city – and ran her own jewelery brand.

The silent wedding seemed to surprise Censori’s family, with her sister Angelina telling Announce sun it was “exciting news.”

“It’s very exciting news for both my sister and the family, but we’re choosing to have some privacy for now,” she added.

West hasn’t officially confirmed his new marriage, but seemed to hint at the relationship in his new song “Censori Overload,” a pun on his wife’s last name.

The song, which he released on Instagram in early December, has been nicknamed “Someday we’ll be free” because of the sample from Donnie Hathaway’s 1973 song of the same name.

West and ex-wife Kim Kardashian eventually settled their divorce in November, but even if they hadn’t, it wouldn’t have affected his “marriage” to Censori as it wasn’t binding. 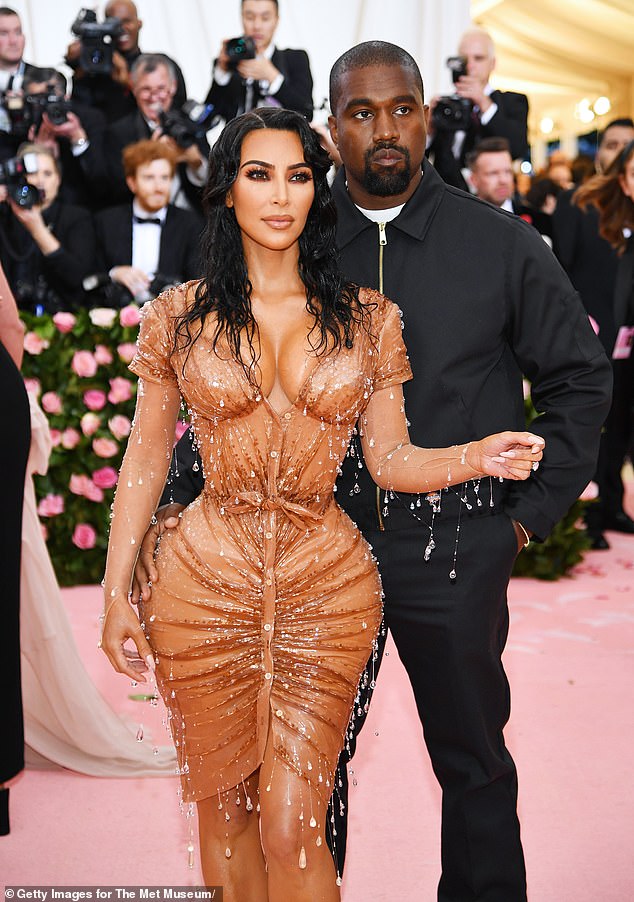 During their highly publicized legal battle, the rapper tried to resist Kardashian’s attempts to become legally single — but a judge granted her request in March 2022.

After battling in court for nearly two years, the exes came to an agreement over custody of their four children, parenting plans and the division of their multimillion-dollar real estate portfolio.

The agreement provided Kardashian with $200,000 monthly in child support, with the two having joint custody and “equal access” to their four children North, nine, Saint, six, Chicago, four, and Psalm, three.

In the months after their split was announced, West was linked to a number of models, many of whom bore an uncanny resemblance to his ex.