Aussie tennis stars John Millman and Alex de Minaur have built a strong bromance over years on the ATP Tour – and now that friendship is being put to the test on live television.

De Minaur has advanced to the fourth round of the Australian Open, taking on nine-time champion Novak Djokovic, while Millman is defeated in the second round by two-time finalist Daniil Medvedev.

Milman joined the Channel 9 panel to talk about the Open with host Tony Jones and tennis greats Alicia Molik and Todd Woodbridge when Jones thought it would be a great idea for the Aussie star to call his mate the Minaur live on air.

Millman calls the Minaur on live television after being urged on by Tony Jones (left), Alicia Molik (center) and Todd Woodbridge

“Now we want to put you to the test, you say you are pretty good buddies with him?” he asked.

“I think so,” Millman replied.

“Is it on speed dial on your phone?” asked Jones.

“Um, I have his number, but he didn’t answer me yesterday,” Millman replied.

“Try it, see if he answers,” Jones replied.

Millman hesitated for a moment and said “no, no,” but even then he reached into his pocket for his phone.

“I can guarantee you he won’t answer because he may have bigger things on his mind today,” Millman said.

To the surprise of the panel, however, De Minaur immediately picked up.

‘Hey, here he is. Look, we’re on set today Alex and we just want to wish you the best of luck,” Millman said.

Then, to the surprise of the panel, De Minaur revealed that he was watching his close friend live on television.

“You look really good on TV, I love the way you did your hair this morning,” he said.

Former Australian women’s player Alicia Molik then turned the conversation around to Monday evening’s round of 16 confrontation against Novak Djokovic.

“Do you have any words for Novak, Alex?” she asked.

De Minaur’s reaction was inaudible, but he then credited Millman for teaching him how to play against the Serbian champions.

“It’s going to be fun and Johnny told me how to play him,” said the Minaur.

“I’m about 0-4 against him, so take what I say with a grain of salt, mate,” Millman laughed. 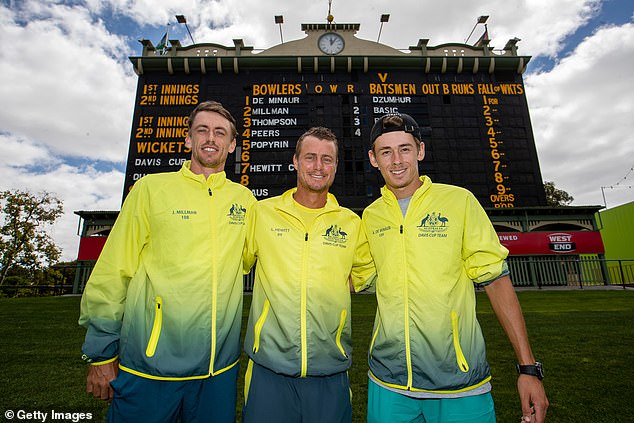 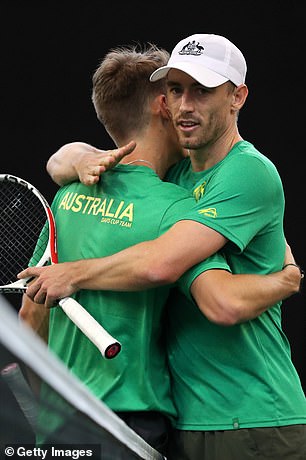 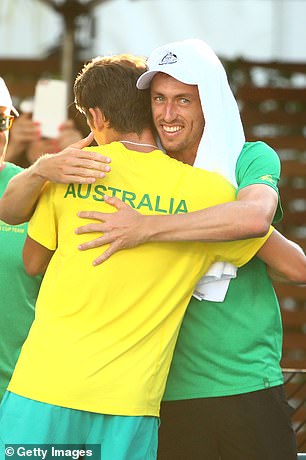 De Minaur and Millman are best friends and both represent Australia in the Davis Cup, cheering each other on and giving lots of hugs

It is not the first time that Millman has playfully challenged his Australian teammate.

Previously, on an episode of ATP Uncovered, Millman ripped off everything from the Minaur’s dance moves to his riding skills.

In a hilarious interview, Millman asked if the Minaur finally got his driver’s license.

“First of all I want to know how you managed that because I think you’re a pretty average driver from what I’ve heard,” he asked.

“I just want to let you know I’m a really good driver, okay? Six days of riding and I haven’t crashed yet,’ the Minaur replied.

“I’ve seen it first hand, you’re definitely one of the best dancers on tour and it’s not even a debate,” said Millman.

The Minaur then challenges Millman to show him his signature dance move, while his Aussie mate then drops the classic sprinkler.

“You need to put more effort into it,” laughed the Minaur.