NASA’s James Webb Space Telescope (JWST) discovered galaxies similar to our Milky Way that formed when the universe was only 25 percent of its current age, one of which dates back 11 billion years.

These huge collections of gas, dust and stars are also the first to feature stellar bars — elongated features of stars that extend from the centers of galaxies to their outer disks — shortly after the Big Bang happened 13.7 billion years ago.

Stellar rods are present in our galaxy, but this is the first time scientists have seen them in the early universe – a discovery that “will require astrophysicists to refine their theories of galaxy evolution.”

Shardha Jogee, a professor of astronomy at the University of Texas at Austin, said in a statement: “This discovery of early rods means that models of galaxy evolution now have a new pathway via rods to accelerate the production of new stars in early epochs. .’ 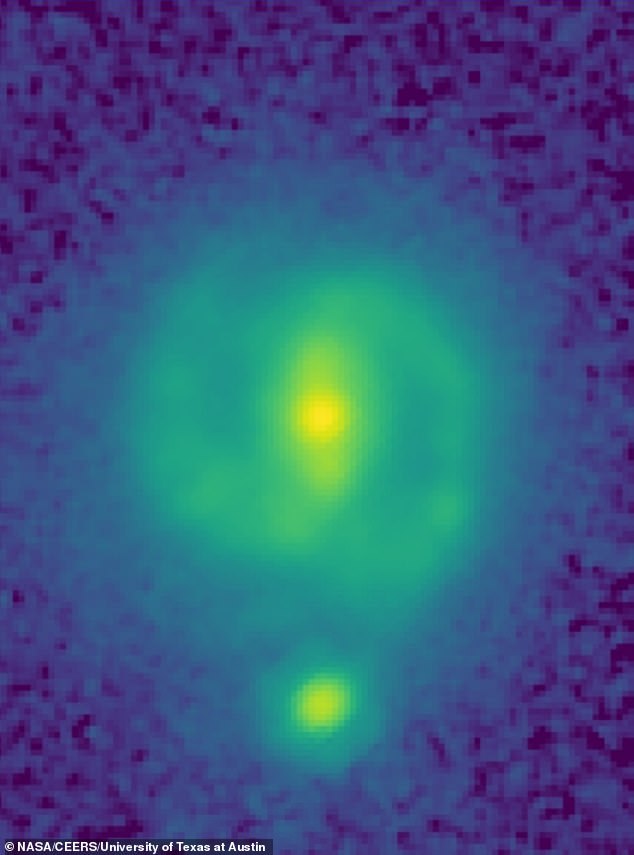 NASA’s James Webb discovered galaxies similar to our Milky Way, which formed in the early universe. These galaxies have stellar bars, elongated features of stars that extend from the centers of galaxies to their outer disks

NASA’s Hubble Space Telescope has detected rods before, but never in such young eras.

In a Hubble image, one galaxy, EGS-23205, is little more than a disc-shaped spot, but in the corresponding JWST image taken last summer, it’s a beautiful spiral galaxy with a distinct stellar bar.

“I took one look at this data and said, ‘We’re dropping everything else!’ said Jogee.

“The bars barely visible in Hubble data just showed up in the JWST image, showing the tremendous power of JWST to see the underlying structure in galaxies.”

Rods can be found in up to 65 percent of spiral galaxies and influence the motions of stars, dust and gas.

Scientists believe that rods act like a funnel, pulling matter into the disc’s bulge and stimulating star formation.

Rods also help grow supermassive black holes in the centers of galaxies by channeling the gas part of the way.

“Just as we need to bring raw materials from the port to factories in the interior that make new products, a bar of gas transports forcefully to the central region where the gas is rapidly transformed into new stars at a rate typically 10 to 100 times faster than in the rest of the galaxy.”

Astronomers have believed for many years that our galaxy is home to a stellar bar, although its presence has been indirectly inferred.

According to the Spitzer Space Telescope team, the reason that bars in the Milky Way have not been confirmed is likely due to our viewpoint within the galaxy’s disk.

This “makes it difficult to accurately determine the size and shape of this bar and the surrounding spiral arms,” ​​the team shared. 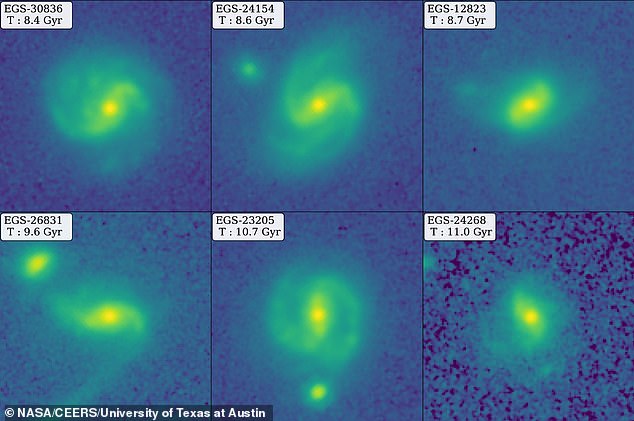 The first study to “find” a stellar bat at the center of our galaxy was released in 2005.

The University of Wisconsin-Madison team of astronomers used NASA’s Spitzer to examine more than 30 million stars at the center of the Milky Way.

The orbiting infrared telescope allowed astronomers to see bright stars through clouds of interstellar dust to paint a vivid portrait of the center of the galaxy.

Ed Churchwell, who was involved with the project, said: “We’re pretty confident about the magnitude and direction of this bar because we have more data than anyone who has ever commented on the problem.”

If you enjoyed this article…

James Webb sees spiral galaxies from the ‘cosmic noon’ period of the early universe, more than 8 billion years ago – the furthest ever seen by human eyes

James Webb discovers the oldest galaxy in the universe – a 13.5 billion year old system of stars formed 300 million years after the Big Bang

The James Webb Telescope: NASA’s $10 billion telescope is designed to detect light from the earliest stars and galaxies

The James Webb telescope has been described as a “time machine” that could help unlock the secrets of our universe.

The telescope will be used to look back at the first galaxies born in the early universe more than 13.5 billion years ago, and to observe the sources of stars, exoplanets and even the moons and planets of our solar system. 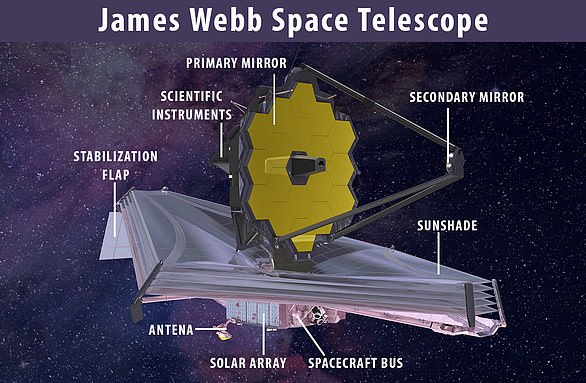 The massive telescope, which has already cost more than $7bn (£5bn), is thought to be a successor to the orbiting Hubble Space Telescope

The James Webb telescope and most of its instruments have an operating temperature of about 40 Kelvin – about minus 387 Fahrenheit (minus 233 Celsius).

It is the world’s largest and most powerful orbital space telescope, capable of looking back 100-200 million years after the Big Bang.

The orbiting infrared observatory is designed to be about 100 times more powerful than its predecessor, the Hubble Space Telescope.

NASA likes to think of James Webb as a successor to Hubble rather than a replacement, as the two will be working together for a while.

The Hubble telescope was launched on April 24, 1990 via the space shuttle Discovery from the Kennedy Space Center in Florida.

Congressman Santos is caught in House wearing a $7,800 Cartier watch that shares his last name