An Australian cameraman stopped filming in the middle of a live cross to help rescue people trying to flee rising waters during one of the worst storms on record.

Hurricane Ian made landfall and devastated the US state of Florida overnight, leaving millions without power and destroying hundreds of homes.

Reaching ‘catastrophic’ winds of up to 240 km/h, it is one of the largest hurricanes on record and has been described by authorities as ‘dangerous to life’ after previously causing deaths in Cuba.

As Lester described the dire conditions, his cameraman Glen Ellis abruptly stopped filming and rushed to help people struggling to get through the rising floodwaters.

One held a child’s hand as he carried his belongings. 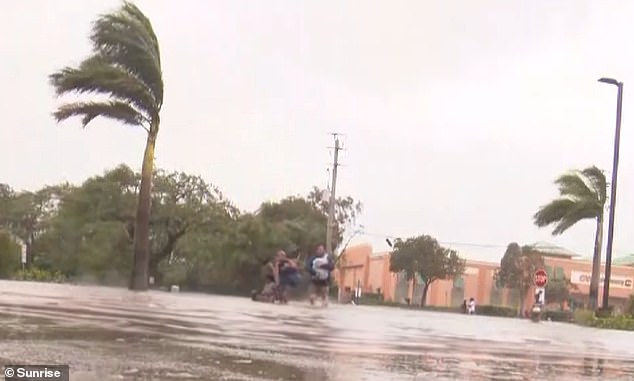 “We’re just helping some people across the water here, that’s our cameraman, Glen, out there. I think you can see that he is trying to help people who are moving out of their homes.

As Lester continues to report, Ellis is seen helping more hurricane victims get their belongings out of the rising waters.

“We’ve talked to a couple of them and they already tell us that their houses have been lost in the water, they have been flooded and they have had to abandon them,” explained Lester.

They just have no other way to do it. But they’re trying to get out, and obviously what we have here is relatively high ground, so we’re lucky to be able to talk to you. 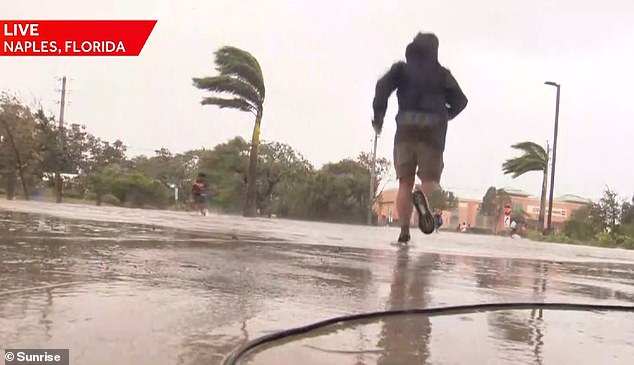 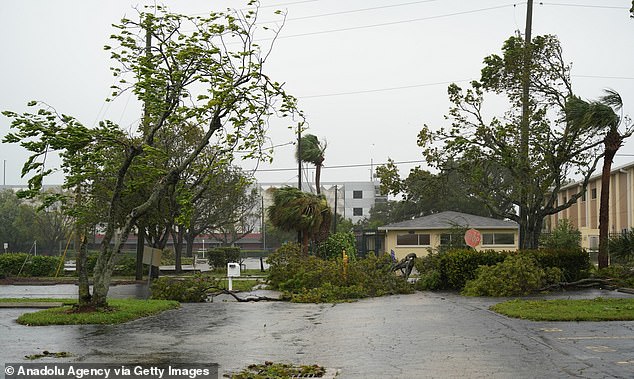 Hurricane Ian has been described by authorities as one of the worst storms on record. In the photo, the damage in Fort Myers, Florida.

Locals report that hundreds are stranded on their roofs, and the city’s population is made up primarily of elderly residents.

More than 1.3 million citizens do not have electricity and the damage bill is estimated to exceed 45,000 million dollars.

Florida Governor Ron DeSantis warned citizens in an evening address that the worst could be yet to come.

“This storm is affecting the state of Florida,” the governor said, adding that citizens expect the storm to move through the state today and “much of tomorrow,” he said.

He urged residents who decided to brave the storm to stay on their property or in emergency bunkers as the hurricane slammed into the coast at near category five strength.

It comes just days after Cuba was racked by the ferocious hurricane, which left millions of dollars in damage and at least two people dead.

Hurricane Ian is forecast to remain at hurricane strength for the next 24 hours as it moves through Florida.

“It’s going to take some time for the circulation to stop.” 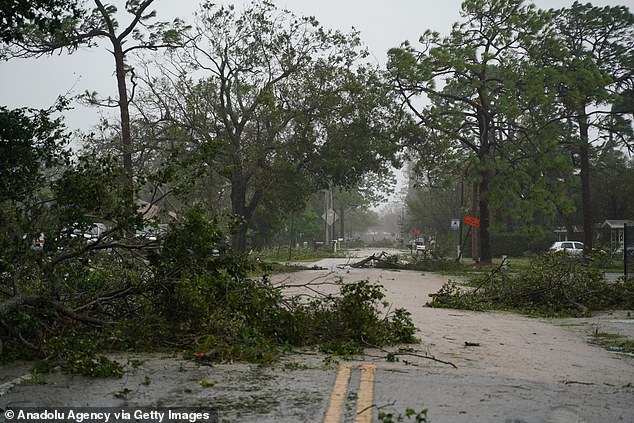 Hurricane Ian has made landfall in Florida, on the west coast of the United States. In the photo, a trail of destruction in Fort Myers, Florida.

James Courtney and Tegan Woodford open up about their secret wedding