Undercover officers armed with shotguns drew their guns on suspects as they made a dramatic arrest in a Hungry Jack’s drive-in.

Witnesses filmed the confrontational scene at 6 p.m. on Thursday at the Stuart Highway just outside Darwin.

Officers can be seen on a video swarming around the blocked in blue ute as smoke fills the drive-thru.

Another clip appears to show one of the men allegedly using a broken window screen to lash out at the surrounding officers.

The Territory Response Group officers, who were heavily armed and in civilian clothes, aimed their guns at the ute as they moved in.

They seemed unfazed by the suspect waving the broken screen at them.

It is not yet clear what the men were arrested for.

Police dogs were also present at the time of the arrest.

A police statement is expected to be released Friday morning detailing the men’s charges.

The two men are expected to appear before Darwin’s local court on Friday. 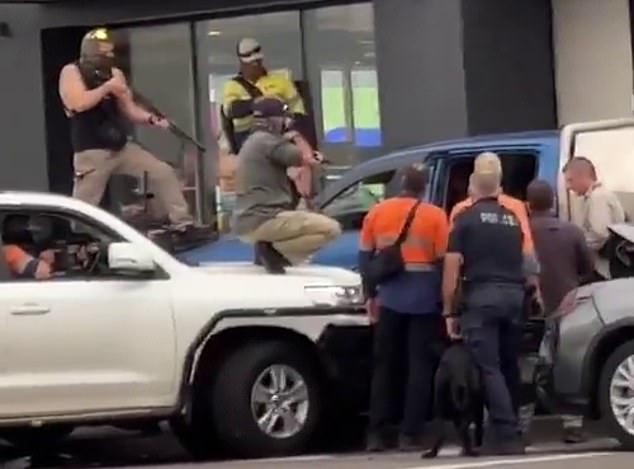 Witnesses filmed the arrest, which took place at 6pm on Thursday off the Stuart Highway just outside Darwin. Officers are seen aiming their guns in the ute 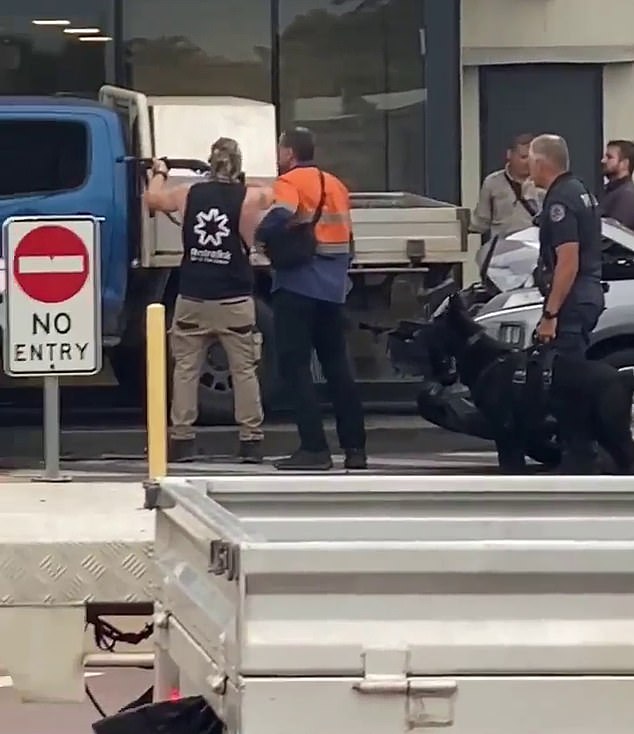 It is unclear why the men were arrested, but they are expected to appear in court on Friday