How spurned killer John Jessop was caught on neighbour’s cameras

A grainy image of a hooded man started an exhaustive CCTV trawl that eventually identified a rejected toyboy enthusiast as the man who brutally stabbed a farmer’s wife to death.

John Jessop, 26, killed mother-of-three Clair Ablewhite, 47, in February in the picturesque village of Colston Basset on the outskirts of Nottinghamshire after stopping for a pasty on the way to her home.

The killer was described as ‘baffled’ when Ms Ablewhite chose to ‘cool down’ the couple’s affair after admitting to being concerned about their age difference – before cycling to her £450,000 cottage where he launched a ‘sustained and relentless’ attack.

Jessop has been sentenced to life with a minimum term of 17 years and eight months, allowing the full retelling of the story of how he was brought to justice. 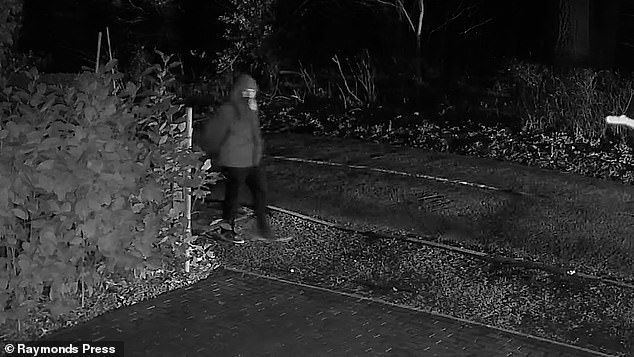 John Jessop, 26, murdered mother of three Clair Ablewhite, 47, in the picturesque village of Colston Basset. This was the first CCTV image to show him outside her house – captured on a neighbor’s home security system 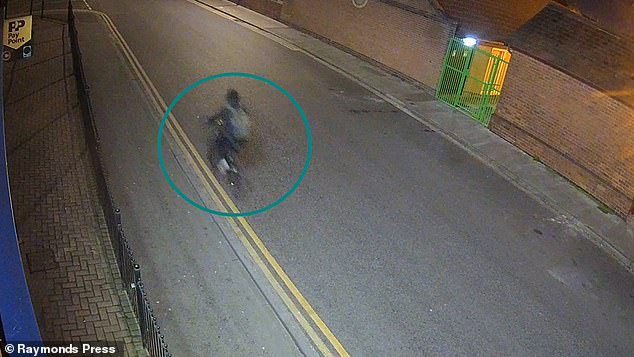 Mrs Ablewhite’s body was discovered by her shocked 74-year-old father Graham Tinkley in the fireplace of her home on February 26, a day after she was killed.

She had suffered extensive knife wounds to the neck and chest during the vicious attack, as well as a series of blunt force and defense injuries.

However, her killer had left barely a trace of DNA at the scene. And while there were blood-stained shoe prints, there was no weapon and her cell phone was missing.

Another factor of concern to police was the remote location of her home, which raised fears that there would be problems locating CCTV footage and witnesses.

Police began going through a list of Ms Ablewhite’s friends and associates, asking for alibis that could exclude them from the investigation.

Roadside cameras were examined to find the type of transportation used by the killer, but no vehicle was identified.

A breakthrough finally came when a neighbour, responding to a call, called to say he had captured an image of the killer watching his CCTV footage remotely from France, where he was on vacation. 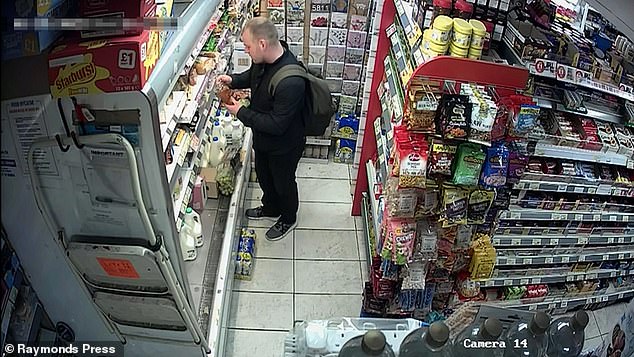 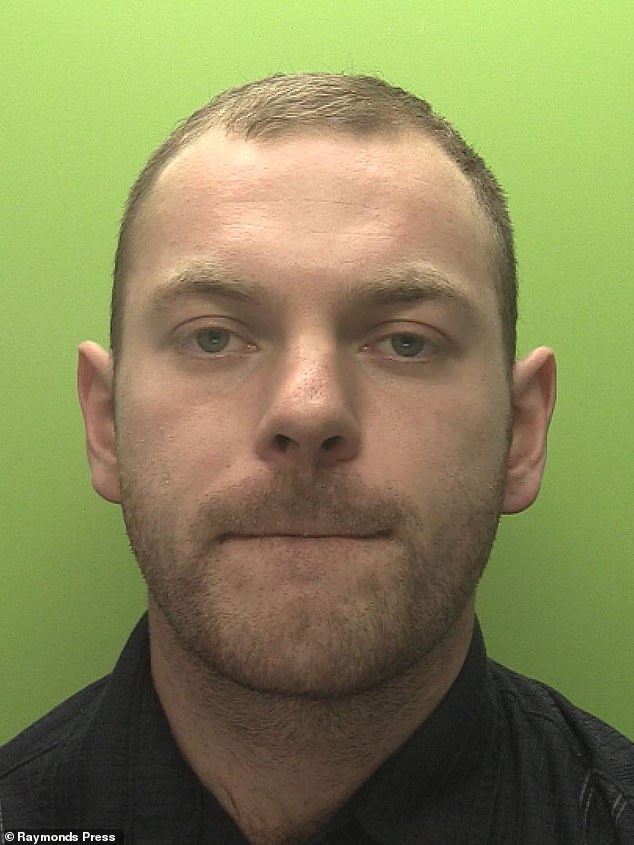 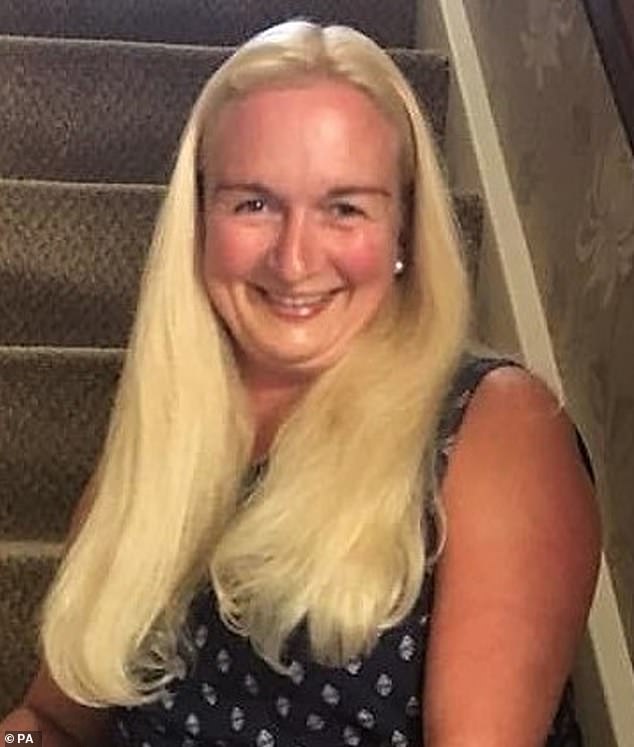 Mrs Ablewhite, 47, (above) was murdered in February at her home in Colston Basset, Nottinghamshire

He quickly flew back to show the police the footage, which not only showed the killer, but also the sounds of the attack that ended her life.

Police were also able to identify the specific type of Adidas sneakers he was wearing by matching them to the bloodstained footprints found in Ms Ablewhite’s kitchen.

Officers had now determined that the killer had walked to the crime scene or traveled there by bicycle.

Based on this information, the team searched all local CCTV cameras for any sign of a cyclist and, despite gaps in the footage, closely tracked their ride in reverse.

Officers searched a stream along the route taken by the cyclist and found Ms Ablewhite’s phone, which revealed she had exchanged WhatsApp messages with Jessop after meeting him on a dating website.

Crucially, the phone contained location data that police, along with CCTV, could use to trace Jessop’s to and from his home.

Police discovered that Jessop had cycled nearly 18 miles from his home in Newark, stopping for a pasty on the way, before arriving at Mrs. Ablewhite’s house and brutally assaulting her. 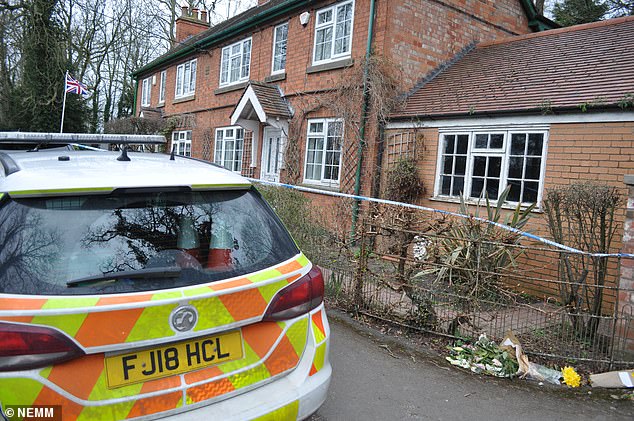 Police at Mrs Ablewhite’s £450,000 cottage in Colston Basset after the stabbing last February

Detective Mel Crutchley, the senior investigating officer, said: ‘This was a solid investigation with many officers working for hours to catch Clair’s killer.

“The CCTV work was integral and succeeded in tracking Jessop’s route from Newark to Colston Bassett.

“The neighbor played a big role in our investigation by providing those initial CCTV footage of the killer and I would like to personally thank him for traveling home from France to help us bring Clair’s killer to justice.

Jessop showed no emotion in the dock as he was sentenced to life with a minimum term of 17 years and eight months at Nottinghamshire Crown Court yesterday.

The factory worker, who met his lover on the Facebook Dating website, became the subject of a manhunt and was arrested 11 days after the murder, which took place on the night of February 25 last year.

The manhunt prompted Jessop to warn friends three days before his arrest: ‘This could be my last night out, I’m on borrowed time’.

Mrs. Ablewhite was married at the age of 19 and spent most of her life working on the farm she shared with her husband, with whom she had three children. 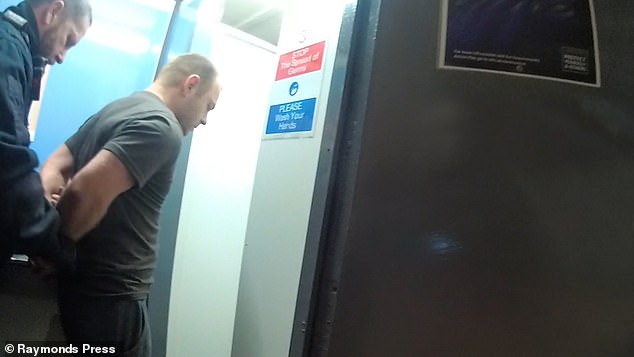 Pictured: John Jessop is led away in handcuffs when he was arrested at work last year 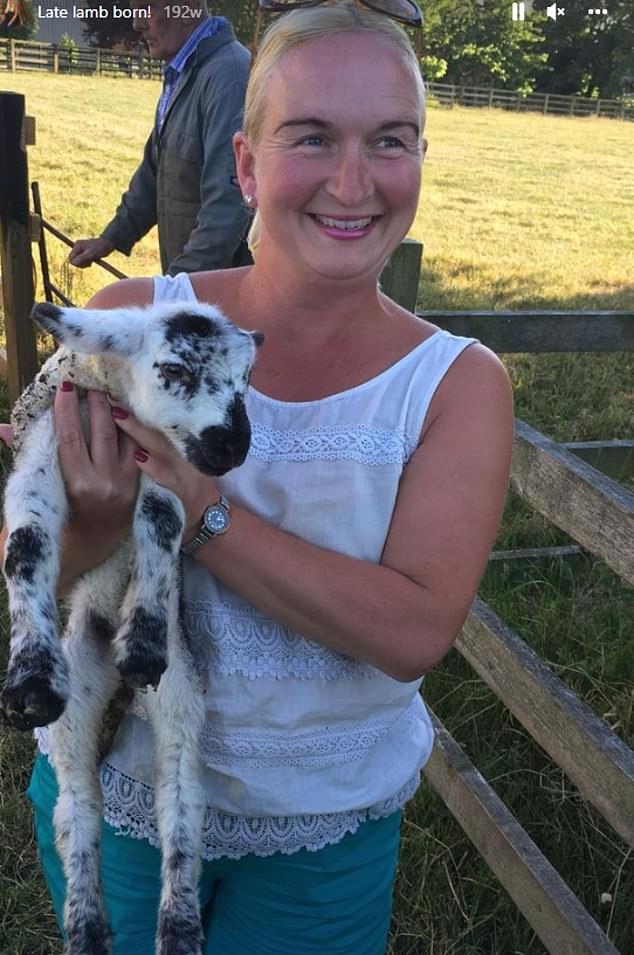 When the marriage broke down, she moved to the quiet seclusion of Colston Bassett to build a new life for herself.

Neighbors said the 47-year-old, who worked as a local dog walker, had only moved into a rented house in the village shortly before the attack on the evening of February 25.

And after her death, two of Mrs. Ablewhite’s sons paid tribute to her, describing her as “one in a million.”

Dan Ablewhite, 28, previously wrote on Facebook: “I love you so much mama. I just want to see that beautiful big smile and give you a hug and tell you how much you mean to all of us.

“You really were one in a million, rest in peace, sleep tight, remember and dream of all the good times we had together.” 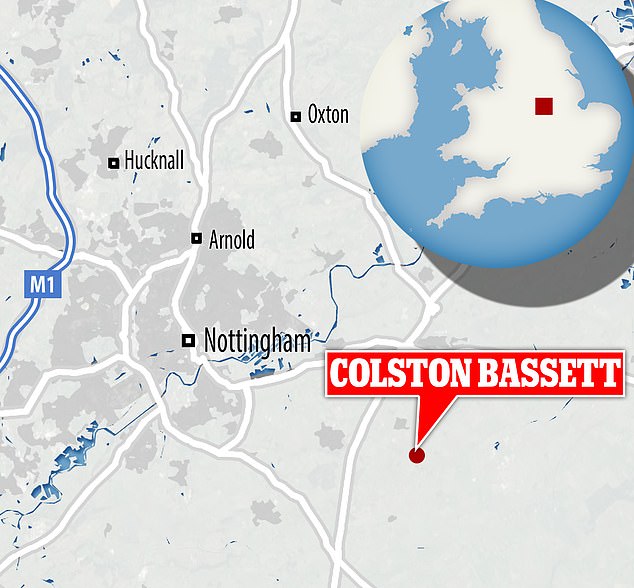 Colston Bassett is based in the Vale of Belvoir on the border between Nottinghamshire and Leicestershire and has a population of around 400.

“You really were one in a million. Words cannot describe how hard my life will be without seeing that beautiful big smile you had.

Rest in peace, sleep tight and remember all the good times we had together.

“All three brothers will do anything to put a proud little smile on your face up there.”

Colston Bassett was included this week in the Daily Telegraph’s ’54 Poshest Villages in Britain’ list, with an average house price of £786,955.

The sleepy village, with a population of around 400, is also known for its deep history as the home of traditional Shropshire and Stilton blue cheese.