Australian players who are making waves under the bright lights of the NFL will now be able to proudly wear their nation’s flag on their helmets for the first time.

Eight Down Under players will have an Australian flag decal on their club helmets over the next two weeks as part of the league’s International Series: Michael Dickson, Mitch Wishnowsky, Jordan Mailata, Daniel Faalele, Adam Gotsis, Cameron Johnston , Arryn Siposs and Matt Leon.

More than 200 players across the league have chosen to wear a decal of another country’s flag on their helmets, along with the American stars and stripes.

They just have to have lived in the country for at least two years, or have a parent or grandparent who was born there. 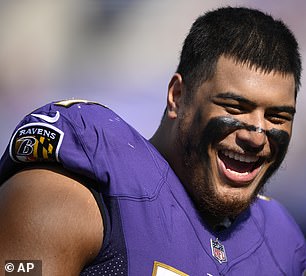 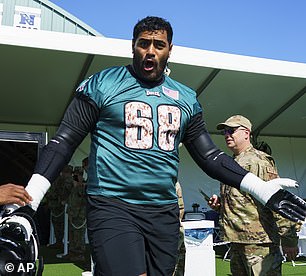 Australian NFL stars Daniel Faalele (left) and Jordan Mailata (right) will wear Australian flag decals on their helmets for the next two weeks.

All eight players spent their entire lives prior to their unlikely journey to the NFL in Australia, highlighting their enormous achievement in dominating one of the world’s biggest leagues despite only playing for a few years.

Philadelphia Eagles offensive lineman Jordan Mailata is arguably the most prominent of them all; he is not only heralded as one of the best left tackles in the league, but he also stars on the US version of the hit reality show The Masked Singer.

The 203cm, 166kg offensive lineman, who played for the South Sydney Rabbitohs before making it big in the US, is thriving in one of the best offenses in the league, in what many experts consider the second most important position of sport.

Originally from Bankstown, in southwest Sydney, Mailata signed a whopping $86 million contract last year after being drafted in the seventh round of the 2018 NFL draft as an international draft pick.

Wearing an Australian flag on his helmet is a nice nod to how far he’s come.

‘My mum, especially growing up, worked full time, six days a week, probably like 12 hours a day. My dad was a handyman, he had two jobs; the guy could fix anything,’ she has previously said of her upbringing. 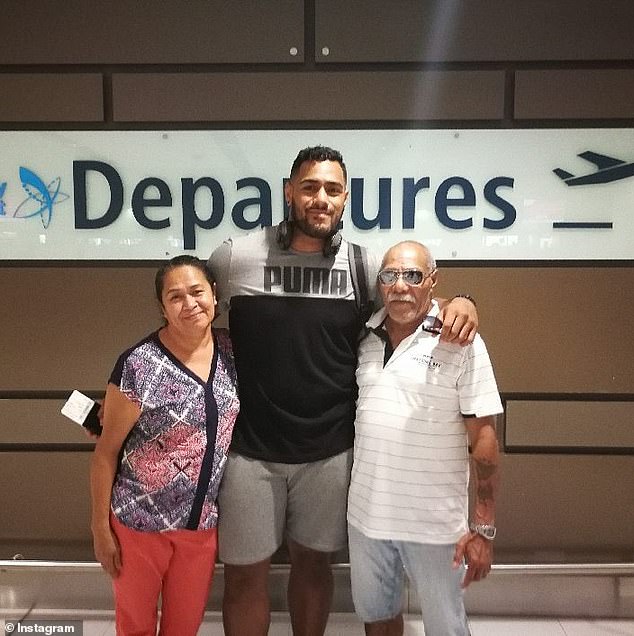 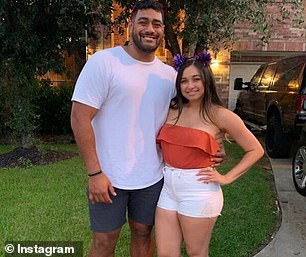 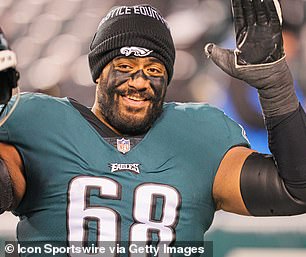 Now, despite being deeply proud of his Australian and Samoan heritage, he wants to be known for his exploits on the grid.

‘I wasn’t trying to get rid of the ‘oh the rugby player can play’. I just wanted them to see me as a football player, as a left tackle,” Mailata told ESPN last month.

Faalele, a 7-foot, 400-pound mountain man who is the heaviest player in the league, had a slightly different journey, playing college football for the University of Minnesota before being drafted by the Baltimore Ravens in April. 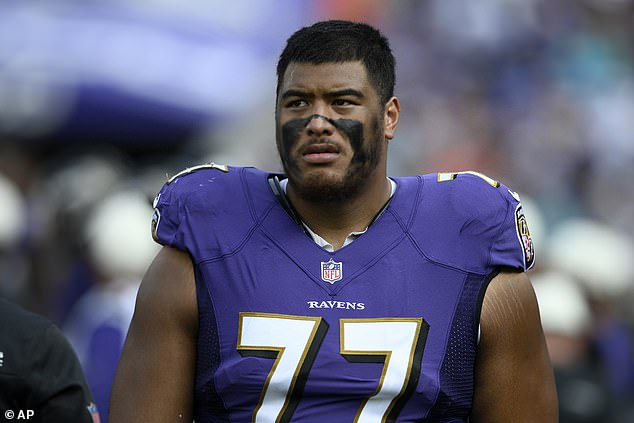 Daniel Faalele is the star of the Baltimore Ravens after being drafted in April. 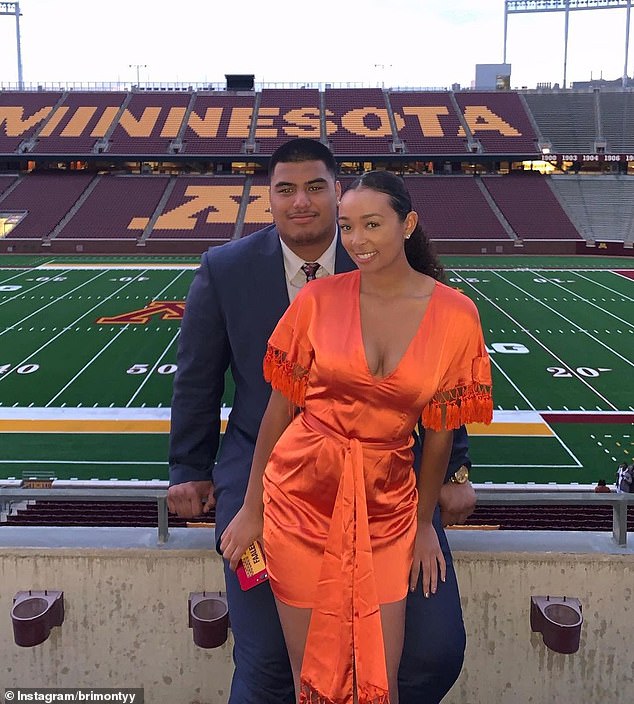 Faalele with his partner Brianna Montgomery at his alma mater, the University of Minnesota

Despite being the team’s fourth-row left tackle, Faalele was thrown into the deep end after a series of injuries, earning him high praise from his superstar quarterback Lamar Jackson after their heartbreaking loss to Miami on Monday night. tomorrow (EST).

“He just started dominating like he did in college,” Jackson told ESPN after the game.

I didn’t doubt him at all. None of us did…thanks to Faalele because he grew up.

The second heaviest player of all time, the 22-year-old from Melbourne, only put on sanitary pads for the first time in 2017.

Seattle star Michael Dickson, considered by most to be the best bettor in the league after playing in the AFL for the Swans and winning a $21 million contract with the Seahawks, will also proudly wear an Australian flag on his helmet. 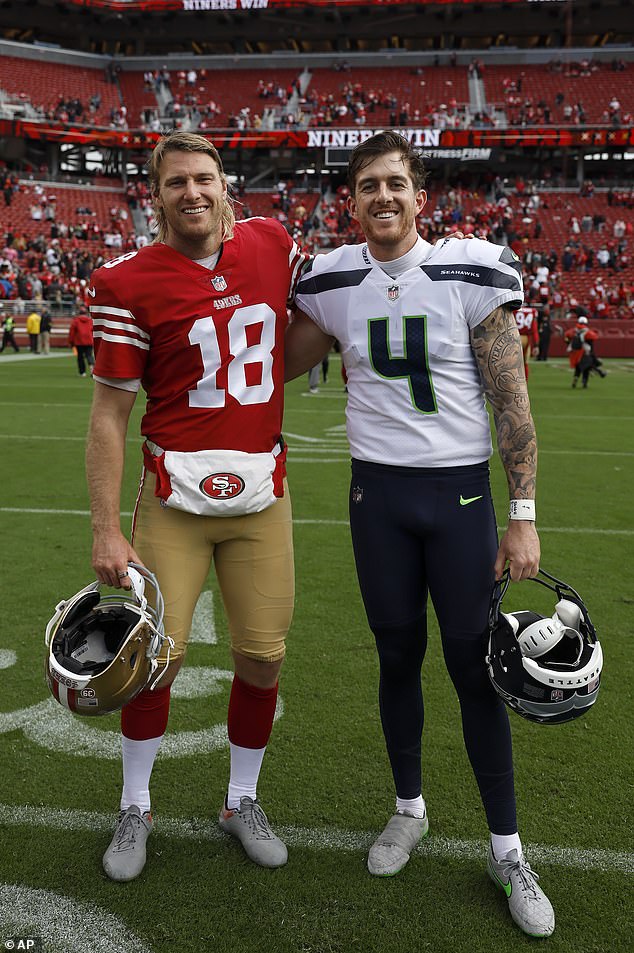 Wishnowsky just wrapped up an impressive performance that was heralded by cult NFL pundit, former punter Pat McAfee, that helped lead the 49ers to victory over Seattle.

That came just days after the Perth native signed a huge $19 million contract.

Defenders Adam Gotsis (Jacksonville Jaguars) and Matt Leo (Eagles) round out the other Australian players who will display the Southern Cross on their helmets. 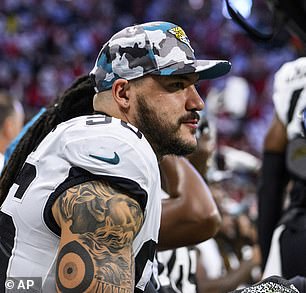 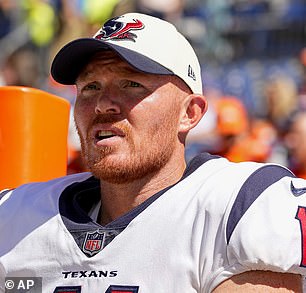 Other Australians sporting our nation’s flag on their helmets include Cameron Johnston and Adam Gotsis.

NFL Commissioner Roger Goodell, announcing the flag initiative, a first for the league, said it was important for the league to recognize the backgrounds of its diverse group of players.

“The NFL is proud of the extensive collection of nationalities and heritage of its players throughout the league,” he said.

“We recognize the many cultures they represent and the excitement they bring to their local fans, which ultimately helps grow our game.”

Other NFL superstars who will feature a different flag on their helmet include Tua Tagovailoa (Samoa), Kyler Murray (South Korea) and Amon-Ra St. Brown (Germany).