Thousands of kidney patients could potentially benefit from a new breakthrough.

Researchers have discovered that an existing lung cancer drug may be effective against the disease.

Renal cell carcinoma is one of the most common cancers in the UK and US and has a 50 per cent mortality rate, partly because three in five patients show no symptoms until the cancer is found. at an advanced stage.

Now, a study of cancer at the single-cell level found that canakinumab could prevent the formation or progression of CRC. 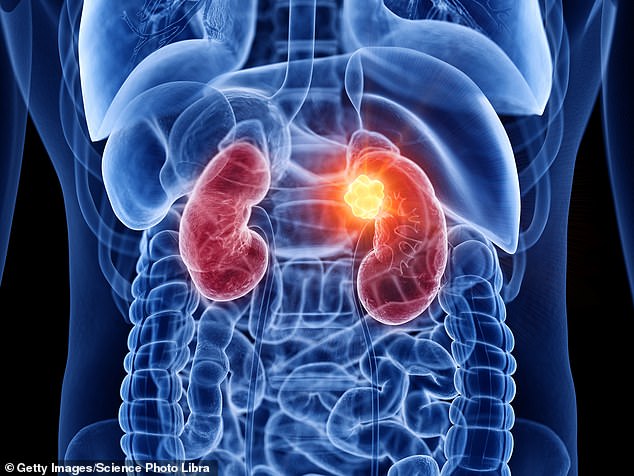 Renal cell carcinoma (RCC) is one of the most common cancers in the UK and US and has a 50% mortality rate.

The researchers studied more than 270,000 single cells and 100 microdissections from 12 patients with kidney tumors.

Samples were taken from different parts of the tumor, as well as from normal kidney tissue.

The analysis highlighted a particular type of macrophage, or white blood cell, that expresses a gene called IL1B, which is abundant at the edges of tumors. 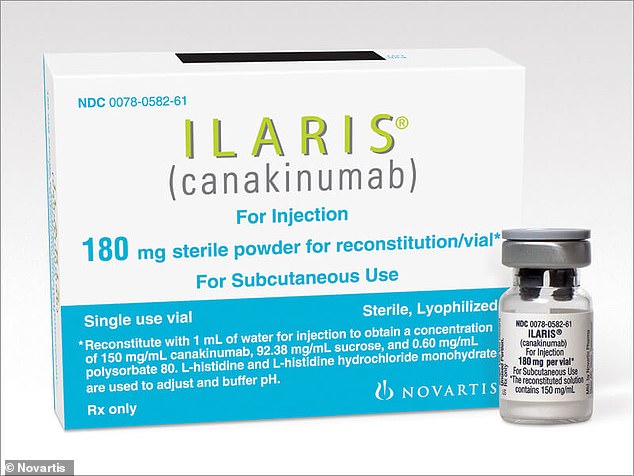 Now, a new study on cancer at the single cell level has found that canakinumab could prevent the formation or progression of CRC

What is kidney cancer?

Every year around 12,600 people in the UK are diagnosed with kidney cancer and around 63,000 in the US, according to the figures.

It is one of the fastest growing cancers in terms of incidence, with rates increasing by 50 percent in the last decade.

Risk factors for kidney cancer include obesity, smoking, high blood pressure, and a family history of the disease. Telltale symptoms include blood in the urine.

However, in about half of all cases, the cancer causes no symptoms and is only found during a routine ultrasound.

This is significant, say the researchers, because this type of cell has already been targeted with drugs that prevent lung cancer.

The team is already planning clinical trials to test whether targeted IL1B macrophages are an effective treatment for CRC.

The findings could also be important for people with von Hippel-Lindau disease, which leads to the formation of myriad tumors, commonly in the kidneys and pancreas, throughout a person’s lifetime.

Although kidney tumors can be managed and surgically removed before the cancer spreads to other parts of the body, there is a limit to the number of times patients can have surgery before losing kidney function.

Dr Thomas Mitchell, lead author of the study from the Wellcome Sanger Institute and the University of Cambridge, said: “I am optimistic that targeting IL1B macrophages may provide us with a way to treat renal cell carcinomas without resorting to surgery.”

‘This will be particularly important for patients with VHL disease because we should be able to prevent tumors from forming in the first place by focusing on their genetic roots, rather than waiting for them to grow and removing them.

‘As is the case with all types of cancer, the sooner we can intervene, the better.’

Dr Ruoyan Li, first author of the study from the Wellcome Sanger Institute, said: “Using both single cell sequencing and spatial transcriptomics allowed us to discover not only what types of cells were present in these single cell carcinoma tumors kidney cells, but also how cells are organized in space.

“This approach meant that we were able to identify macrophages expressing the IL1B gene at the edges of tumors, acting almost as a vanguard for tumor growth.”

The findings were published in the journal Cancer Cell.