The family of Hae Min Lee, the 18-year-old whose death was covered in the popular podcast Serial, are appealing a Baltimore judge’s decision to release Adnan Syed.

Syed, now 41, had been in prison for over 23 years for strangling Lee and burying her body in a shallow grave, before prosecutors vacated his conviction on September 19 and he was released.

Attorneys for the Lee family filed a notice to appeal his release on Wednesday morning, they told The Baltimore Sun, saying they were not given proper warning to prepare.

‘The fact that makes it hard for them to swallow is the fact that they were kept in the dark,’ Lee family attorney Steve Kelly told CBS Baltimore. ‘They trusted the state, and the state took such an abrupt turn without sitting down and explaining it to them.’

Young Lee, Hae’s brother, had requested that the court push the hearing back so that he could fly in from California, but the court did not grant his request.

He instead appeared virtually during the hearing, speaking to the judge and the prosecutors over Zoom.

‘Going through it again is like a living nightmare,’ Young Lee said during hearing – cameras are not allowed in Maryland courtrooms, but reporters were present. 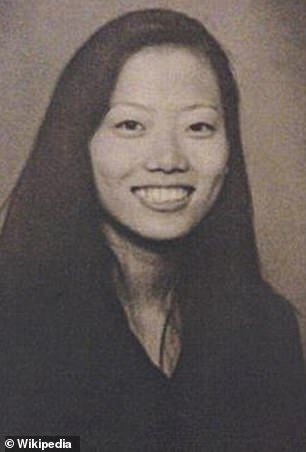 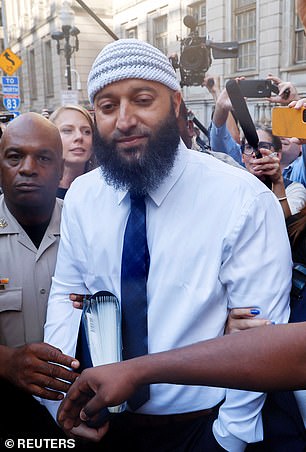 Hae Min Lee, 18, was murdered in Baltimore in 1999. The man convicted for her killing, Adnan Syed (right) was released from prison on Monday in a hearing which the Lee family said was sprung on them with little warning

Kelly said the family’s appeal is ‘the first step in seeking the Maryland Court of Special Appeals’ to review ‘potential violations of Maryland’s victim’s rights statutes in connection with the hearing.’

‘Young Lee filed the notice of appeal based on violations of his family’s right to meaningfully participate in the Sept. 19, 2022 hearing on the motion to vacate Adnan Syed’s conviction.’

The Lee family received notice of Syed’s September 19 hearing on September 16, less than one full business day out from when he would go before the judge. Young Lee had requested that the court push the hearing back so that he could fly in from California, but the court did not grant his request.

Lee’s family claims that they were not given a ‘reasonable’ amount of time to prepare, bringing on litigation the day before the hearing.

According to Kelly, the swift proceeding violated the victims’ rights law in Maryland.

Exactly much time a family should be given before a hearing, however, is not specified in the law. 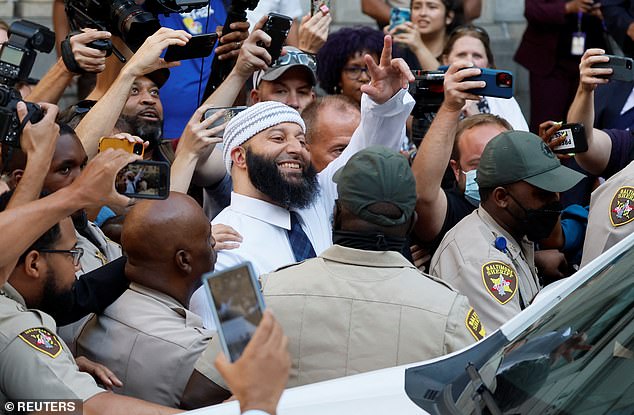 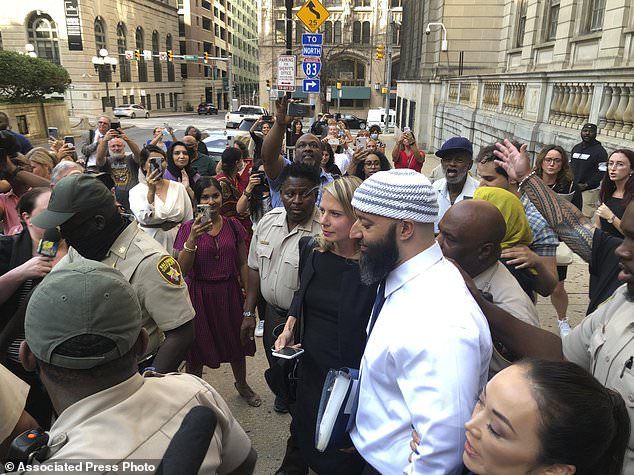 Syed, center, leaves the Cummings Courthouse on Septemeber 19 after a judge ordered his release 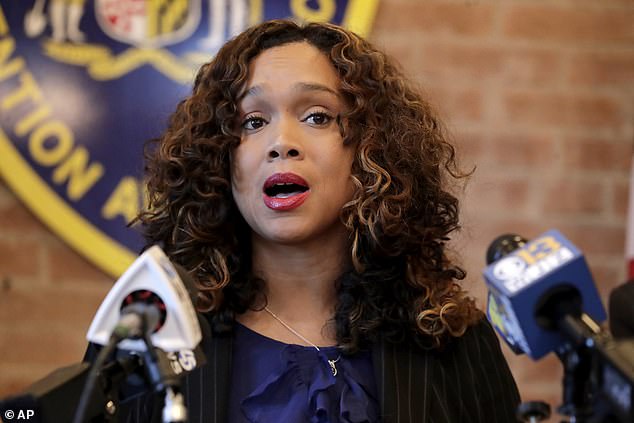 Marilyn Mosby, the state attorney for Baltimore City, says that the Lee family had a ‘reasonable’ amount of time to prepare for Syed’s hearing on September 19

Prosecutors denied the claims made by Kelly, saying that they gave the family advance notice of the hearing and had been in contact with them before the motion had even been filed.

‘We reached out to the family last week, we spoke with the brother of Hae Min Lee, we provided a copy of the motion, my attorney gave her cell phone number– we provided counseling service,’ said Baltimore State’s Attorney Marilyn Mosby in an interview with TMZ.

‘We then followed through and gave them, once we found out on Friday, when the hearing was set which was on Monday – the court set it in for Monday – we alerted them,’ Mosby said. ‘And not only did we go so far as to alert them so that they could appear, but we went and we asked the judge for a Zoom link so that they could be a part of the process.’

Syed, who dated Hae Min Lee while in high school, had been in prison since being convicted of the teenager’s murder in 2000.

The now 41-year-old’s case made major headlines in 2014 with the ‘Serial’ podcast, which examined the evidence both in support of his innocence and against it. 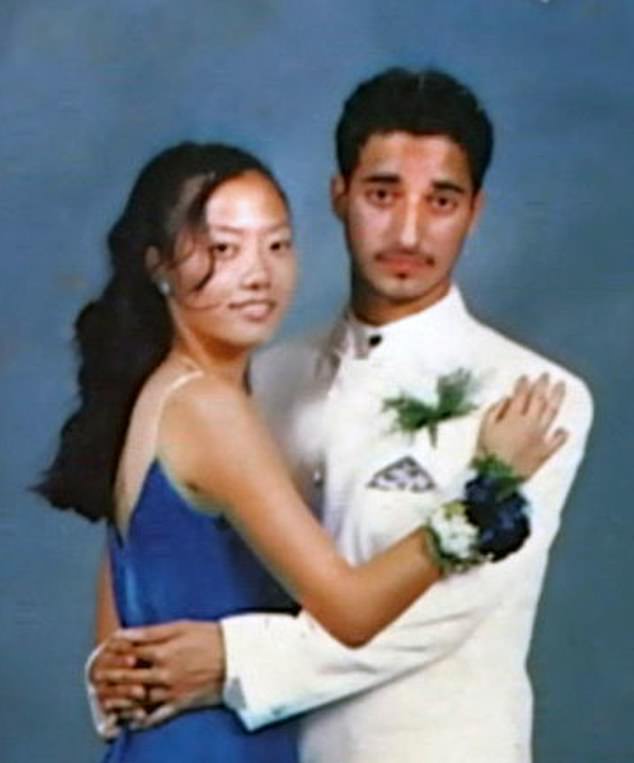 Syed was convicted of strangling Lee (with him above at prom). The two were high school classmates who had dated

Prosecutors now have 30 days to either dismiss the charges against Syed or continue with a new trial ordered by Judge Phinn.

Mosby said last week that they are waiting on DNA evidence to come back before officially dismissing the charges against the Maryland man.

According to a press release from Mosby’s office, the newly tested DNA evidence includes touch-DNA from places such as fingernails, fingernail clippers, pubic hairs, underwear, bra and shirt.

The release indicated that ‘trace-level male DNA’ was found from some of these tests, but that ‘no useful typing results were obtained from this analysis.’

Additionally, DNA tested from the shirt swab was ‘ so minimal it would not likely produce any results.’ 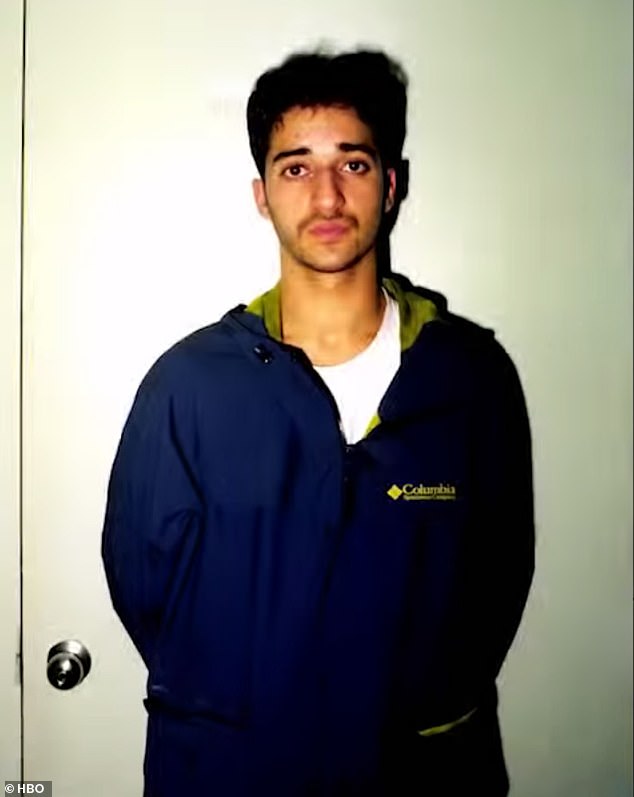 Adnan Syed was just 17-years-old when he was arrested for the murder of Hae Min Lee, his ex-girlfriend

The DailyMail.com reached out to prosecutors about the status of any new DNA tests that could yield a decision on whether to start a new trial, but did not immediately receive a response.

If exonerated, Syed could be entitled to compensation from the state after serving more than 23 years in jail.

All of this is in relation to new evidence, including the identification of two new suspects in Hae Min Lee’s murder. One of the two suspects at one point even threatened to kill a prosecutor on the case.

That information was never shared to Syed’s defense attorney, which ultimately prompted the motion to vacate to be filed.

Immediately following the decision to vacate Syed’s conviction, the Lee family through Kelly issued a statement saying that they were ‘disappointed’ by the swiftness of the hearing.

‘The Lee family is deeply disappointed that today’s hearing happened so quickly and that they were denied the reasonable notice that would have permitted them to have a meaningful voice in the proceedings,’ Kelly said in a statement.

On September 20, the creator of ‘Serial’ said that she felt a mix of emotions over how long it took authorities to act on evidence that has long been available.

The local prosecutor started a unit to review sentencing and a new Maryland law relating to juvenile sentencing provided a mechanism for reexamining the case – all after the Serial podcast in 2014 turned the details of the case into an obsession for countless amateur sleuths.

Mosby immediately applauded the judge’s decision as a victory for justice, but Syed’s win came as a bittersweet reminder to those who had been aware of the gaps in the case for years. 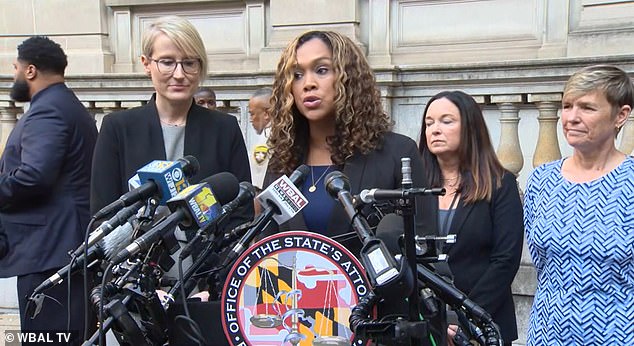 In a new episode of ‘Serial’ released on Tuesday, host Sarah Koenig noted that most or all of the evidence cited in prosecutors’ motion to overturn the conviction was available since 1999.

‘Yesterday, there was a lot of talk about fairness, but most of what the state put in that motion to vacate, all the actual evidence, was either known or knowable to cops and prosecutors back in 1999,’ Koenig said.

‘So even on a day when the government publicly recognizes its own mistakes, it’s hard to feel cheered about a triumph of fairness.

‘Because we’ve built a system that takes more than 20 years to self-correct. And that’s just this one case.’ 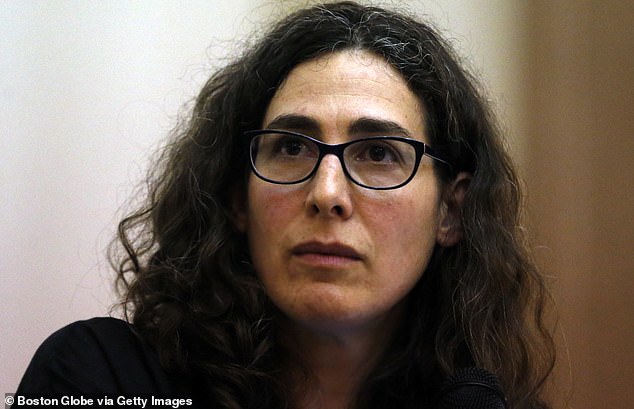 Sarah Koenig, producer and host of the podcast Serial, is seen in 2015

Koenig argued that the case against Syed involved ‘just about every chronic problem’ in the system, including unreliable witness testimony and evidence that was never shared with Syed’s defense team.

On Monday, Circuit Court Judge Melissa Phinn in Baltimore ordered Syed’s release after overturning his conviction for the 1999 murder of Lee, a high school student and Syed’s ex-girlfriend.

Syed has always maintained his innocence but in 2019 the state’s highest court had rejected his appeal for a new trial.

Mosby, who entered office in 2015, filed a motion in early September to vacate Syed’s conviction, a filing that Koenig described as a ‘firework’ coming from the same office that asked a jury to convict Syed years ago.

Key to Monday’s outcome was evidence uncovered by a unit that Mosby’s office launched to reexamine cases in which juvenile defendants were given life sentences.

That worked in tandem with a 2021 Maryland law that enables someone convicted as a juvenile to seek a reduced sentence after serving at least 20 years.

Syed was 17 when Lee was killed. 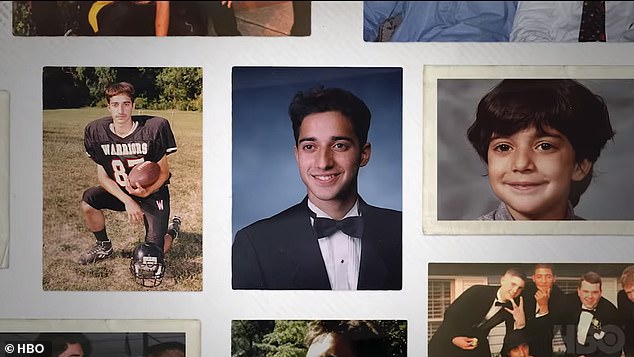 Syed, now 40, is serving a life sentence plus 40 years after he was convicted in 2000 of strangling Lee and burying her body in a shallow grave

Prosecutor Becky Feldman led the unit and found notes written by one of her predecessors describing two phone calls in which people gave them information before Syed’s trial about someone with a motive to harm Lee.

That information was not given to the defense at the time, according prosecutors – an omission that Phinn said violated Syed’s rights.

Koenig noted that she knew who these two new potential suspects were – and so did detectives who investigated Syed two decades ago – but declined to name them because they have not been charged.

December 1998: The couple breaks up due to religious and cultural differences

February 9, 1999: The missing teenager’s body is found buried in a park. Hae Min Lee had been strangled to death

December 1999: A mistrial is declared in Syed’s first murder trial

June 6, 2000: Syed is sentenced to life in prison after Hae Min Lee makes a passionate statement to the court

March 2003: Syed, now 21, files his first appeal to the court which is later denied

December 2013: A petition for post-conviction relief is filed on behalf of the now 31-year-old Syed. The petition is denied

February 2015: Syed files an appeal of the post-conviction relief denial

March 2019: The Maryland Court of Appeals reverses the decision to begin a new trial

August 2019: Maryland Supreme Court is asked to examine the case

November 2019: The Maryland Supreme Court denies the request for a new trial

September 2022: Baltimore City Prosecutors accuses Maryland Attorney General of misconduct, citing that evidence was hidden from Syed’s lawyers that could have proved his innocence and identify two other suspects

September 19, 2022: The Lee family files a notice to appeal the decision to vacate Syed’s conviction