Girl, 11, will compete at Crufts with her grandmother’s dog who was rescued from travellers in Spain

An 11-year-old girl will compete at Crufts with her grandmother’s eight-year-old dog who was rescued from travelers in Spain who couldn’t pay their vet bills.

Timmi the Catalan cross terrier soon fell ill as just a puppy and was subsequently taken to vets where travelers suggested the dog be euthanized as they could not afford the medical bill.

However, Louise Carter, a nurse at the hospital, decided to foster Timmi and restore his health until SOS Dog Rescue could find him a new home.

And the grandmother of two, Jackie Bain, 72, who rescued Timmi when he was just five months old and brought him to her home in Pebbles, Borders, Scotland.

The terrier crossbreed will compete with Mrs Bain’s granddaughter, Brooke Bain, in the under 12 agility event at Crufts. 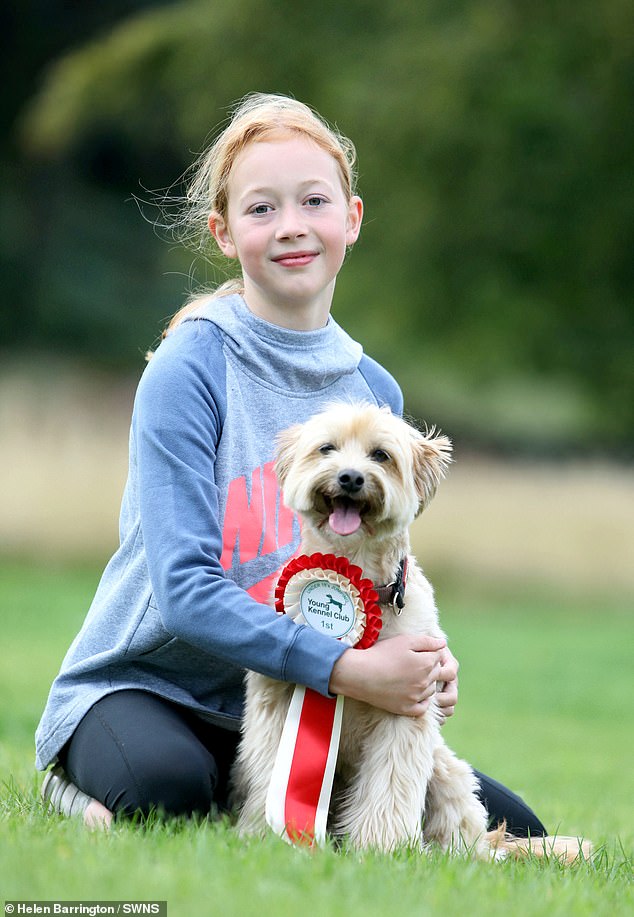 Brooke Bain, 11, will compete at Crufts with her grandmother’s rescue dog Timmi (pictured together) 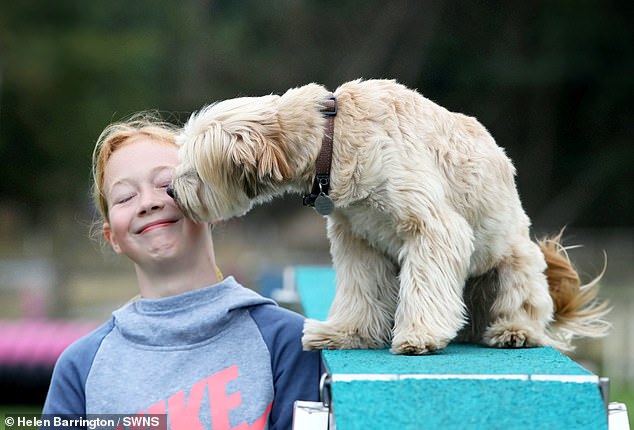 Brooke will compete in the agility test for children under 12 years old with the eight-year-old Catalan cross terrier. 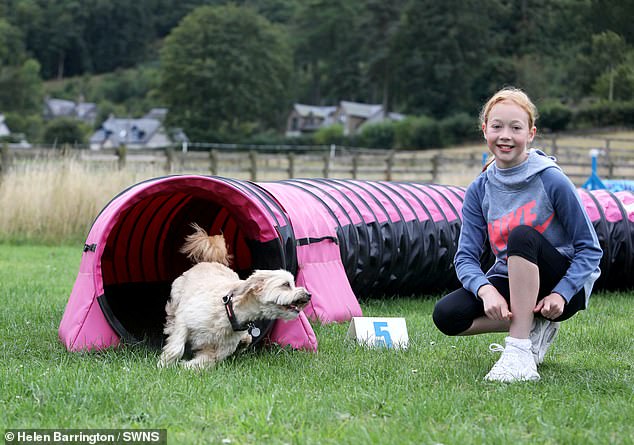 Brooke has been training once a week and has to find the time to do it outside of school. 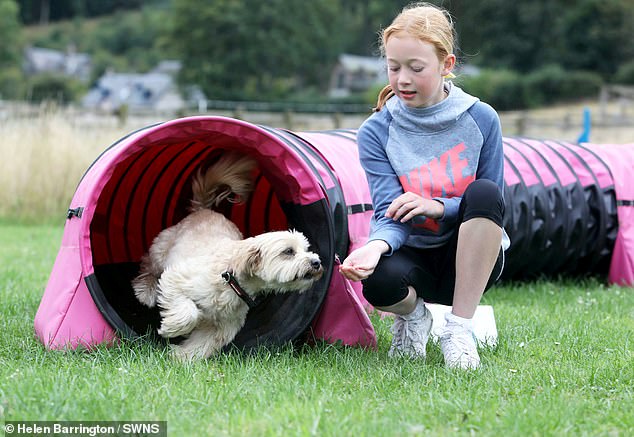 Grandma Jackie Bain said Brooke, who turns 12 in April, will be one of the youngest competitors at the NEC Birmingham on March 9.

Ms. Bain said that her granddaughter is very fond of horseback riding and training animals. “It’s very important to try to rescue dogs,” she said.

There are so many out there looking for a home. Brooke began agility training in May of this year. She just accepted it. She gets along very well with Timmi.

Brooke has been training once a week, having to find time to do it outside of school.

Ms Bain said Brooke, who turns 12 in April, will be one of the youngest competitors at the NEC Birmingham on March 9.

The grandmother, who works part-time as a chef and has three dogs in total, added: “We already had Molly, a Catalan shepherd, and we were looking for a partner for her, so we contacted SOS and they offered us Timmi.”

“After his basic training I introduced him to dog agility and I was amazed to see how quickly he picked up the skills and in 2017 won the Rescue Agility Scotland title.

It was Louise Carter, a nurse at the hospital, who decided to foster Timmi and restore his health until SOS Dog Rescue could find him a new home. Pictured: Timmi before and after being rescued by Ms. Bain 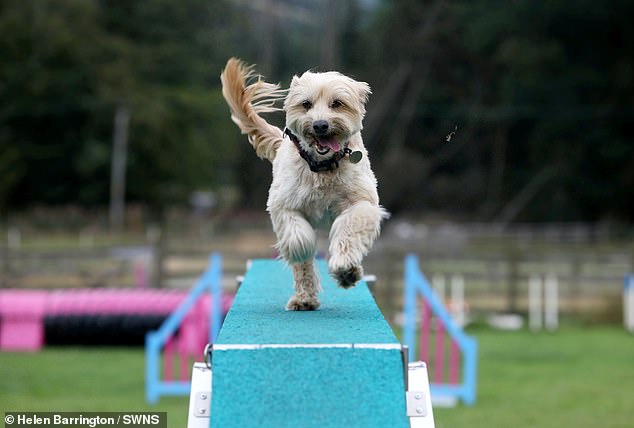 Brooke said that although she’s a little nervous, she “can’t express how proud” she is to bring Timmi to Crufts.

“Over the next several years he became a Grade 7 agility dog.

‘I took Brooke to agility training with our trainer Donna Jarvie, she said she was a natural.

‘Brooke won her first show at Bowhill House in Selkirk earlier this year, followed by a win at Kelso which secured a qualifier for Crufts.

We are all very proud of all he has accomplished.

Meanwhile, granddaughter Brooke said: ‘Crufts is a great competition and I’m very excited if a bit nervous. There is a lot ahead for Timmi and me.

‘I just can’t express how proud I am. 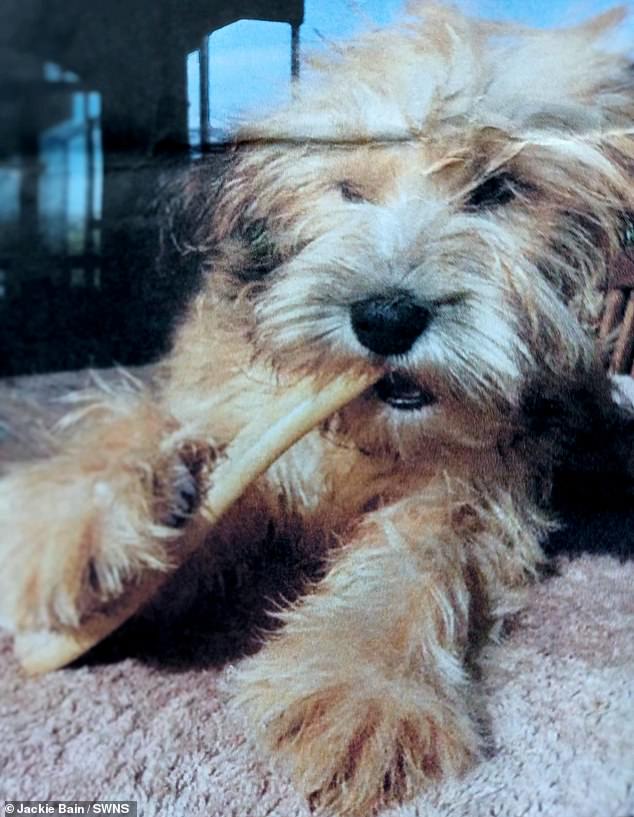 Last year, Mrs Bain rescued another dog, Monty, a Kokoni from Romania, who has settled in well with Molly and Timmi in their new home. In the photo: Timmi when he was a puppy in Spain

‘When we go to Crufts we’re just going to enjoy ourselves and the experience.

‘In the end, no matter what, I’m so proud of how far we’ve come thanks to my grandmother, my grandfather and Coach Donna.

He also thanked his patrons, the Winyard family, who run Stobo Castle, a luxury spa in Scotland.

Last year, Mrs Bain rescued another dog, Monty, a Kokoni from Romania, who has settled in well with Molly and Timmi in their new home.

Ms Bain added: “There are so many dogs in need of homes that make wonderful companions, so if you’re looking to buy a puppy or adult dog, consider a rescue.”

You will not regret.