By Luke Barr for the Daily Mail

In an exciting ride for investors, shares of the Stuttgart-based company began trading in Frankfurt at €82.50 each in one of Europe’s largest listings. 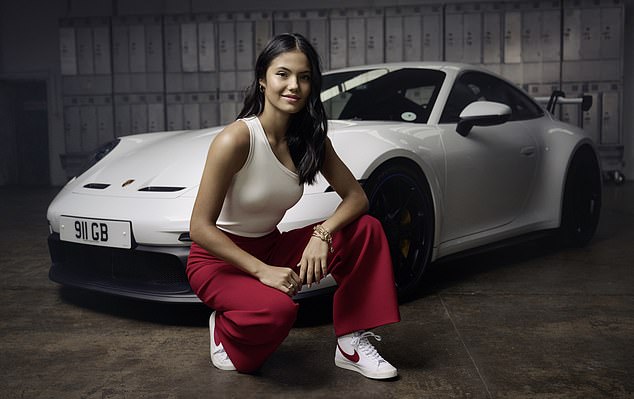 Game, set and money: Tennis ace Emma Raducanu is an ambassador for Porsche, which debuted on the stock market with a value of close to £70bn.

Porsche’s performance is under close scrutiny as one of the few blockbuster stocks going forward, as volatile global markets are ravaged by runaway inflation and sky-high interest rates.

It is the latest luxury carmaker to go public, following Ferrari’s double listing in the United States and Italy, and Aston Martin’s disastrous London listing.

Porsche owner Volkswagen listed a 12.5 per cent stake in the company, with the deal raising just over £17bn in funding.

A total of 911 million preferred shares were offered to investors, as a nod to its most famous model, but they do not have voting rights.

This means that stock market investors will have little say in the performance of the iconic car brand.

Oliver Blume, CEO of Volkswagen and Porsche, said it was a “dream come true” for the company.

He said the float, Germany’s largest since Deutsche Telekom in 1996, will help speed up electrification efforts.

Porsche is aiming for more than 80 percent of its new cars to be battery electric by 2030.

Blume said: “Our increased degree of autonomy puts us in a very good position to implement our ambitious goals in the coming years.”

Porsche’s performance will be closely watched after very different experiences at Ferrari and Aston Martin.

The value of the latter has plummeted from its £4.3bn listing in 2018, while Ferrari has flourished, particularly in New York, where it is now worth £32bn.

High Yield: Shares of Porsche, symbol P911 in honor of its famous 911 model, rose as high as €86.76 before returning to its opening price.

Aston Martin has seen its shares collapse and earlier this month launched a £576m rights issue to help reduce its debt, invest in new electric vehicles and move closer to a £2bn medium-term target. sterling in revenue for 2024-25. By contrast, Ferrari’s share price has skyrocketed.

Regardless of Porsche’s performance, analysts don’t think it will pave the way for a new wave of initial public offerings (IPOs) or public listings.

He added: “While it is a positive sign that, despite the current political and economic turmoil, companies are able to go public, Porsche’s IPO is a very special case due to its large size, strong brand and support from strategic shareholders. 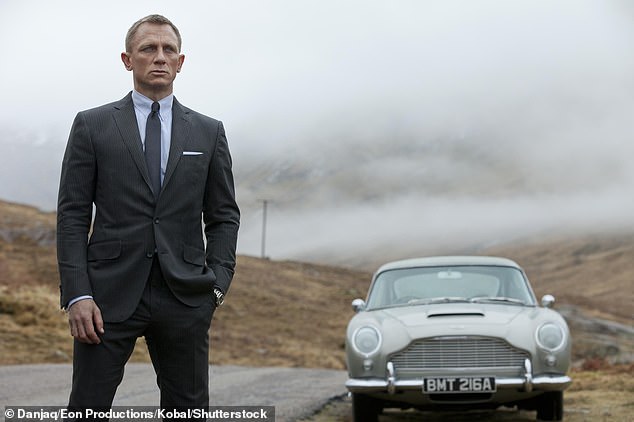 Shaken: James Bond with an Aston Martin. The UK sports car maker has seen its shares crash since its £4.3bn listing in 2018.

Last year Porsche delivered more than 300,000 vehicles worldwide and reported profits of £4.7bn. It has plants in Stuttgart and Leipzig, and employs around 37,000 people.

Laura Hoy, an analyst at Hargreaves Lansdown, said: ‘Investors were keen to take the driving seat, with shares issued at the higher end of the proposed range. Despite ongoing concerns about a spiraling cost-of-living crisis, investors are backing the group’s proposal.

“Porsche caters to high net worth individuals, a population that is unlikely to feel much pain from increases in the cost of living.