Move over, Lassie! Four-month-old kitten named Thor saves a Michigan family from carbon monoxide poisoning by meowing loudly to wake them all up

By David Averre for Dailymail.Com

A kitten is credited with saving the lives of an entire family in Michigan after it woke them up to prevent them from succumbing to carbon monoxide poisoning.

The aptly named Thor, a four-month-old ginger kitten, lived up to his heroic namesake when the Stamper family’s Farmington Hills home began to fill with the deadly gas.

A portable generator they had turned on in the garage after losing power due to severe storms in late August began to malfunction and began emitting carbon monoxide fumes while they slept.

The cat began meowing loudly and ran around the house to alert its sleeping humans, persisting even after Heidi Stamper, its groggy mother, carried it outside and later passed out from the gas.

Fortunately, she managed to wake up sisters Paige, 13, and Quinn, 11, who helped their half-conscious father get their mother outside. 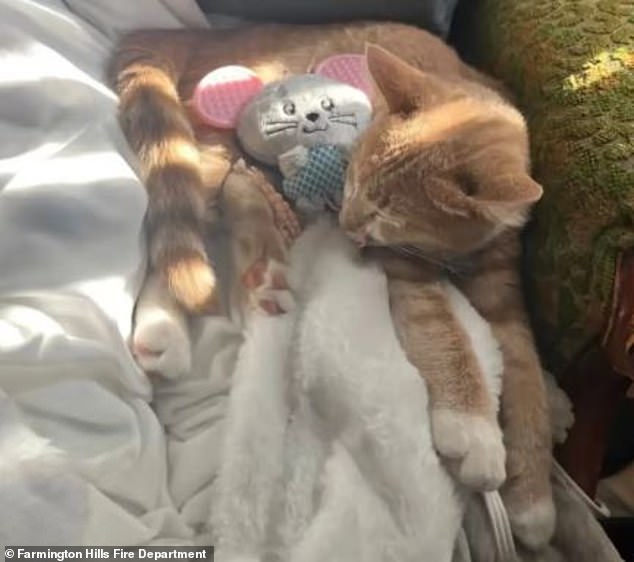 Four-month-old orange kitten Thor lived up to his heroic namesake when he managed to wake his owners up and get them out before they succumbed to carbon monoxide poisoning. 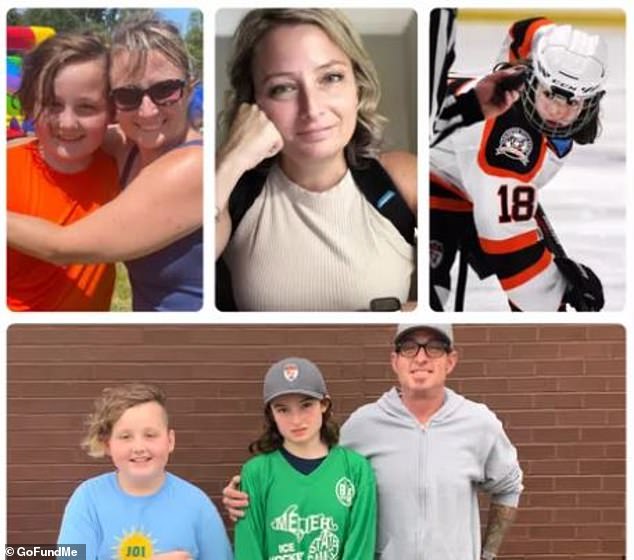 “This is a scary example of how carbon monoxide can build up quickly and potentially be fatal,” said Farmington Hills Fire Chief Jon Unruh.

“Fortunately, this incident had a positive ending, but we hope all families learn from the Stampers and keep their generators out.”

The family ultimately escaped serious injury, but they were in poor condition after escaping the deadly fumes.

The younger sisters managed to call the emergency services, who quickly rushed the entire family to the hospital.

Unruh told local media: “The fire department reminds everyone that generators should never be used inside homes, garages, basements, sheds, or any other enclosed or partially enclosed space… In this case, using a portable generator in a closed garage almost had fatal consequences.

It is a natural gas, made up of one carbon atom and one oxygen atom, which is even produced in the human body at very low levels.

But it is produced at much higher levels by incomplete burning of organic materials, which happens when something burns in an area where there is not enough oxygen.

This can include poorly maintained and vented boilers, generators, or automobile exhaust.

Open fires, such as fireplaces in confined, poorly ventilated spaces or with blocked chimneys, can also create a hazard. 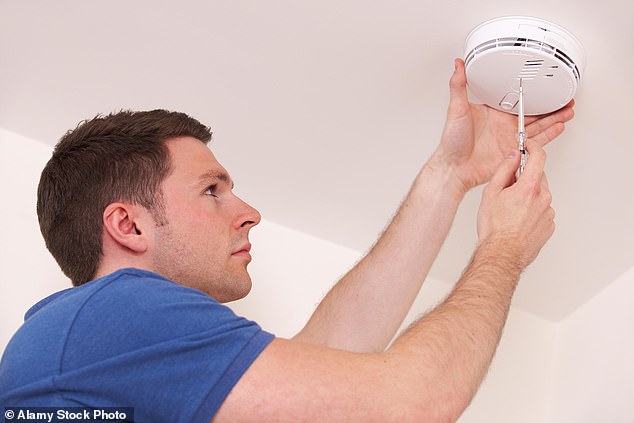 The Stamper family have now installed multiple carbon monoxide alarms, as have their neighbors, following the ordeal and subsequent warnings from the fire department (stock image)

At high levels, carbon monoxide can be fatal to humans, because it binds to hemoglobin in blood cells, preventing them from carrying oxygen to vital organs.

But the gas is colorless and odorless, making it very difficult to detect without a dedicated carbon monoxide alarm.

Prolonged exposure will cause a person to lose consciousness, experience seizures, and ultimately death.

The Stampers did not have carbon monoxide detectors installed in their home, according to the fire department.

The family has now installed multiple alarms, as have their neighbors, following the ordeal and subsequent warnings from the fire department.