The sentencing phase for former Texas police officer Aaron Dean began Friday, just one day after he was found guilty of manslaughter in the death of Atatiana Jefferson.

After 13 hours of deliberations, the jury convicted Dean of manslaughter. He faces up to 20 years in prison and a fine of up to $10,000.

Dean had faced life in prison if convicted of murder. The former police officer, who had been out on bond, was booked into the Tarrant County Jail following Thursday’s verdict.

Dean, a white police officer, fatally shot Jefferson, a 28-year-old black woman at her home in Fort Worth, Texas, in October 2019. 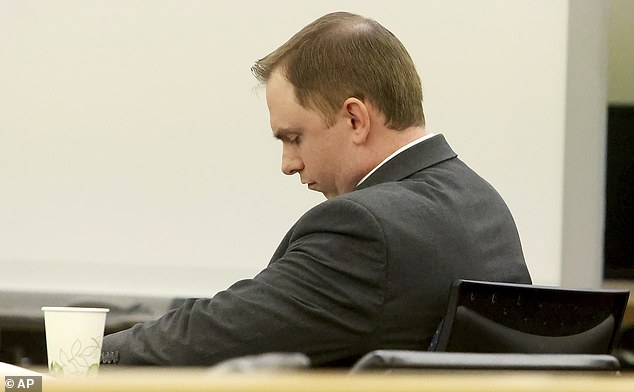 Aaron Dean, 38, was found guilty of manslaughter for fatally shooting a black woman through the rear window of her home as a police officer responding to a call about an open front door. 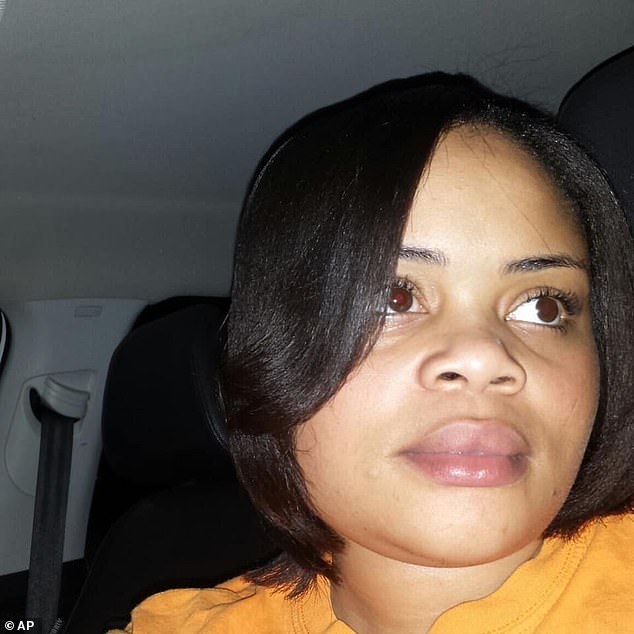 Atatiana Jefferson, 28, was armed when she was shot after a neighbor called the non-emergency police line to report that her front door was unlocked.

Jurors deliberated for more than 13 hours over two days before finding Dean guilty of manslaughter. The main dispute during the six days of testimony and arguments was if Dean knew that Jefferson was armed when he shot him. Dean testified that he saw his gun; prosecutors claimed that the evidence showed otherwise.

Lesa Pamplin, an attorney and friend of the Jefferson family, said she was glad the jurors were taking their time.

‘These people took a good hard look at the evidence and didn’t rush it. And I’m happy, not pleased, but I’m happy that they got the manslaughter,” Pamplin said.

Another Jefferson family friend, Cliff Sparks, said The Dallas Morning News that he believes the verdict will send a message to other officers that ‘they can shoot and kill someone in their own backyard and get the lesser charge.’

“It’s not good,” Sparks said. None of this is okay.

Relatives of Jefferson and Dean left the courtroom without comment.

Dean shot Jefferson on October 12, 2019, after a neighbor called the non-emergency police line to report that the front door of Jefferson’s Fort Worth home was open. She had been playing video games that night with her nephew and at trial it emerged that they left the doors open to ventilate the smoke from the burgers the boy burned.

The case was unusual for the relative speed with which, amid public outrage, the Fort Worth Police Department released video of the shooting and arrested Dean. He had finished the police academy the previous year and resigned from the force without speaking to investigators.

Since then, the case had been repeatedly postponed amid legal disputes, the terminal illness of Dean’s lead attorney, and the COVID-19 pandemic.

Body camera footage showed Dean and a second officer who responded to the call did not identify themselves as police at the home. The dean and officer Carol Darch testified that they thought the home might have been burglarized and quietly moved into the fenced-in backyard looking for signs of forced entry. 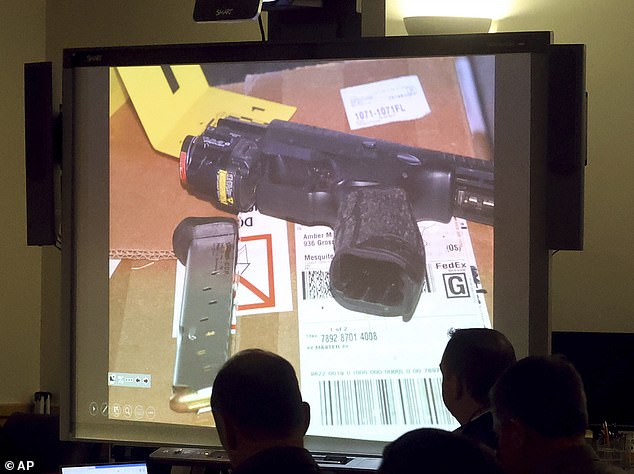 The courtroom and jury were shown a photograph of the gun found at Atatiana Jefferson’s residence, after she was fatally shot.

There, Dean, whose pistol was drawn, fired a single shot through the window a split second after yelling for Jefferson, who was inside, to show his hands.

Dean testified that he had no choice but to shoot when he saw Jefferson pointing the barrel of a gun directly at him. But under questioning by prosecutors, he acknowledged numerous mistakes and repeatedly admitted that the actions he took before and after the shooting were “more bad police work.”

Darch had his back to the window when Dean fired, but testified that he never mentioned seeing a gun before pulling the trigger and said nothing about the gun as they rushed through the house.

Dean acknowledged on the witness stand that he only said anything about the gun after seeing it on the floor inside the house and that he never gave Jefferson first aid.

Jefferson’s 8-year-old nephew, Zion Carr, was in the room with his aunt when he was shot. Zion testified that Jefferson drew the gun on her believing there was an intruder in the backyard, but offered conflicting accounts as to whether she pointed the gun out the window.

On the opening day of the trial, Zion, now 11, testified that Jefferson always had his gun pointed downward, but in an interview that was recorded shortly after the shooting and was shown in court, he said that she had pointed it down. with the gun. in the window.