The US Postal Service can continue to deliver abortion pills to women even in states that have restricted access, the Justice Department said.

In an opinion requested by the USPS, the Justice Department said that posting abortion medications did not violate an 1873 law known as the Comstock Law, which was established to prevent the sending of “obscene” or pornographic material through the mail.

The opinion also applies to other delivery companies that could be used to ship abortion drugs, including UPS or FedEx.

The availability of mifepristone and misoprostol, prescription drugs that can induce an abortion as late as 10 weeks into a pregnancy, has come into increasing question in recent months as US states continue to introduce anti-abortion legislation. 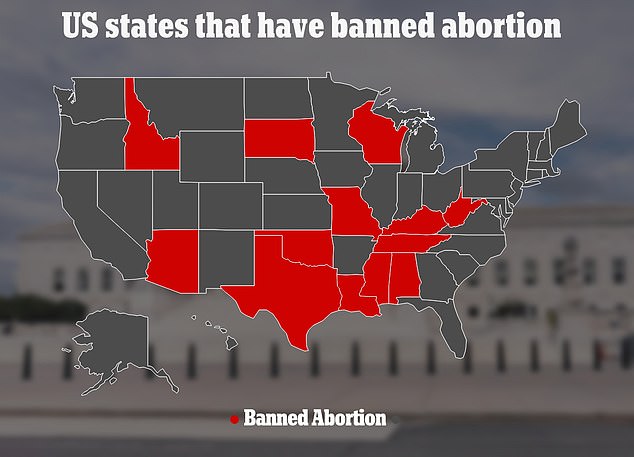 Abortion in the 13 states of Alabama, Arkansas, Idaho, Kentucky, Louisiana, Mississippi, Missouri, Oklahoma, Tennessee, South Dakota, Texas, West Virginia, and Wisconsin has been totally prohibited, with no exceptions for incest or rape. 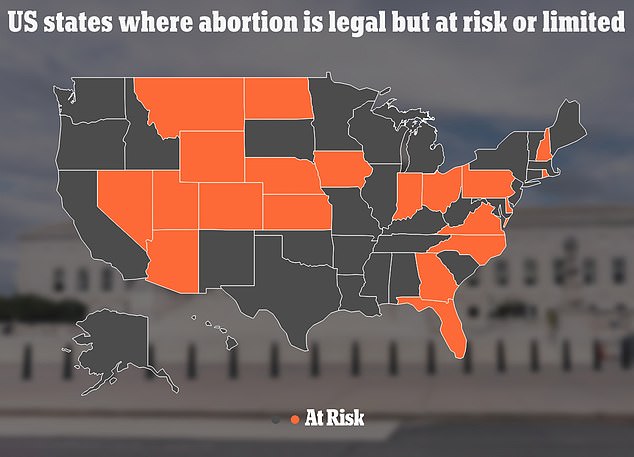 In 21 other states, abortion remains at risk, with states partially restricting the procedure or instituting bans that have since been blocked by state courts.

Since the landmark Supreme Court decision in July, ending nearly 50 years of guaranteed federal protections against abortion, 13 states have banned abortion entirely, and five more have severely restricted access to it.

Lawmakers in seven other states have tried to introduce bans, only to have them blocked by state courts.

Despite widespread abortion clinic closures in affected states, abortion pills, which account for more than half of all terminated pregnancies in the US, continue to be available by mail order.

In December 2021, a rule that required taking the drugs in a clinic was lifted to allow more women to have abortions during the pandemic. 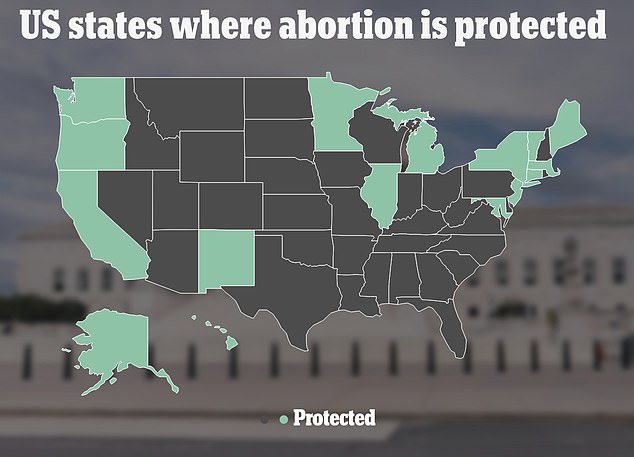 Women first take mifepristone to block the function of progesterone, a hormone needed to maintain a pregnancy.

The second, misoprostol, contains a hormone called prostaglandin, which causes the uterus to contract, leading to miscarriage.

Federal law does not prohibit the use of mifepristone and misoprostol, and the Food and Drug Administration (FDA) has determined that they are safe and effective.

Lawrence Gostin, director of the WHO Center for Global Health Law, said the Justice Department’s ruling marked a “vital protection for women and doctors.”

She wrote on Twitter: “Today, Biden delivers for the women of America, making access to abortion medications safer and more accessible.”

In a statement, the Postal Service said the opinion “confirms that the Comstock Act does not require the Postal Service to change our current practice, which has been to consider that packages containing mifepristone and misoprostol can be mailed under federal the same way as other prescription drugs.’

The 1873 law in question, passed by Congress under the Ulysses S. Grant administration, prohibited the posting of anything that might ‘corrupt’ morality.

This included contraceptives, pornographic content, sex toys, and any material written about such items.

In the opinion, DOJ’s Office of Legal Counsel concluded that the law does not prohibit the mailing of mifepristone or misoprostol if the sender does not know whether the drugs will be used illegally.

He said that even in places with restrictive abortion laws, women can still legally use mifepristone and misoprostol because there are no prohibitions on abortions necessary to preserve a woman’s life.