If, amazingly, the latest polls show voters have more faith in Labor to cut taxes and restore the economy, it’s time the Tories asked themselves a serious question. What exactly is their point and purpose?

They are believed to be the standard bearers of conservatism – a small state and an unwavering commitment to low taxes, growth, entrepreneurship and aspiration. That philosophy has served the country well over the years.

The problem is that the Tories have been duped into believing that state intervention and high taxes are necessary to win the public’s love and support.

Well, now they find out that they made a serious mistake. By wreaking havoc on the economy with tax hikes, the party has wiped out its hard-earned political reputation for being on the hard-working side.

Rishi Sunak and his chancellor need to get back to basics: letting people spend more of their own money, boosting businesses to create jobs and the wealth to fund our public services, and reduce the bloated state to a manageable, affordable size . And they need to get people back to work quickly 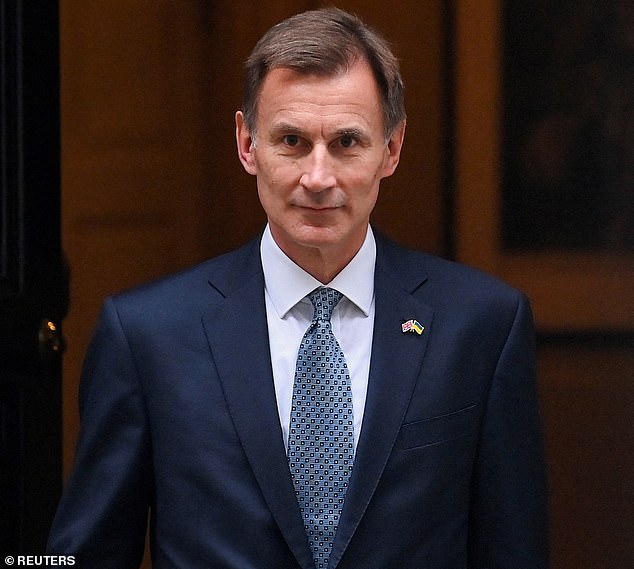 Yes, we need to balance the books. But Jeremy Hunt should not exacerbate the party’s problems in this spring’s budget

Rishi Sunak and his chancellor need to get back to basics: letting people spend more of their own money, boosting businesses to create jobs and the wealth to fund our public services, and reduce the bloated state to a manageable, affordable size . And they need to get people back to work quickly. It is outrageous that more than half of the population receive more benefits than they pay in taxes.

Embarrassingly, this is higher than under Tony Blair, who deliberately created an army of people who did so well on benefits that they shunned work.

Of course, the top earners bear the brunt of the cost, with the highest-paid 10 percent paying 53 percent of income tax.

Far too many people are slow and unproductive. As a report from Civitas warns today, a disturbing “something for nothing” culture has emerged. This sense of justice has grown since the pandemic. First furlough, then energy subsidies, have helped convince people that whatever happens to them, the government will save them.

By presiding over the highest tax burden since World War II, ministers have further reduced the appeal of working harder – or not at all – detrimental to investment, growth and prosperity.

Yes, we need to balance the books. But Jeremy Hunt should not exacerbate the party’s problems in this spring’s budget.

If public finances are worse than expected, it would be a mistake to continue to penalize tax increases.

Too many Brits don’t work – and that means Britain itself doesn’t work.

With hospitals and GPs facing unprecedented demand, it makes sense for pharmacies to treat patients with minor ailments, as a report by MPs recommends.

This could help free up beds, allow GPs to focus on people with more serious illnesses and save the NHS money.

Yet thousands of community pharmacists face extinction due to financial concerns, as the Mail’s Save Our Local Pharmacies campaign has highlighted.

If they start to play a bigger role in the health of the country, maybe they could be exempted from corporate tariffs. And of course it should be safe for them to prescribe a wider range of medications.

But let’s not forget that pharmacies stayed open during the pandemic, when GP surgeries padlocked their doors.

This is a nice solution to relieve the pressure on the NHS. But ultimately, it’s a Band-Aid on a creaking healthcare system designed for a younger age.