DAILY MAIL COMMENT: Defending bold tax plans is the duty of the Tories

Nature abhors a vacuum, Aristotle once postulated. If the ancient Greek philosopher were alive today, he might have added: ‘And politics too.’

So it was unwise, to say the least, that Liz Truss apparently buried her head in the metaphorical sand after last week’s mini-Budget was blamed for exacerbating the market crash.

With the pound plummeting, the Bank of England forced to pull the emergency rope to stop pension fund implosion, and homeowners panicking over soaring mortgage costs, the public expected reassurance from the Prime Minister. .

Instead, for days there was a disconcerting silence. She didn’t show up until yesterday, and then only to do a tough five-minute round of interviews for local TV and radio. 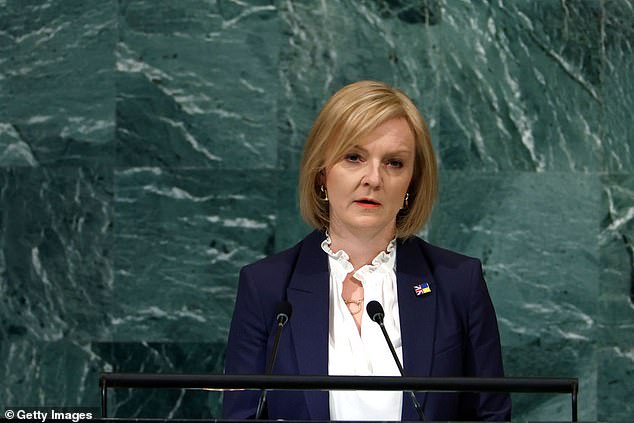 It was unwise, to say the least, that Liz Truss apparently buried her head in the metaphorical sand after last week’s mini-Budget.

He was able to highlight the government’s £150 billion energy bill freeze to help struggling families, while explaining how lower taxes would put more money in people’s pockets, create jobs and attract investment, which would make the country more prosperous. But being inexplicably absent from the fray for so long made the government appear spooked.

It also set the stage for Labor to spread, virtually unchallenged, the dishonest narratives that the Conservatives were solely responsible for the market crisis and were only trying to help the rich.

The fact is that there has been a rabid overreaction to Foreign Minister Kwasi Kwarteng’s plan to accelerate growth.

What was unveiled, in fact, was a highly ambitious attempt to ease the cost-of-living burden, cut sky-high taxes, cut red tape and scrap EU legislation.

Few, of course, rush to the barricades to defend lowering the income tax rate from 45 pence to 40 pence. But even if the timing seems politically naive, there are big positives. While it costs a maximum of £2bn, a drop in the bucket compared to the full package, it could achieve more than that by encouraging entrepreneurship and hard work.

And while Sir Keir Starmer condemns the cut, 40 per cent was the top tax rate during New Labour’s 13 years in power, except for the last month. It is also in line with the top tax rate of other countries, boosting Britain’s competitiveness.

And the policy sends a valuable signal that this government is unabashedly committed to growth. Class war prejudices or sacred cows will not be allowed to stand in the way of expanding the economy.

Miss Truss rightly believes that by increasing the size of the cake, everyone can enjoy a larger portion. For too long, Britain has focused on taxing and redistributing wealth rather than creating it, an orthodoxy that stifles aspirations and productivity.

That the ministers do not defend these radical measures is an abrogation of duty.

For the left, the ‘stain’ of the Treasury, the central banks and the BBC, the only economic path is the stale doctrines of the last two decades that have failed miserably. By deviating from the globalist consensus, Ms. Truss has become the flamethrower.

However, the entire world is in economic crisis and on the verge of entering a recession. It is entirely plausible that the PM and Mr. Kwarteng are in the lead in trying to boost growth with tax cuts, and they can save us from the worst of any recession.

So Conservative MPs must shake off the delirium gripping them. That the only truly conservative fiscal policy introduced in the last 12 years has caused such a panic shows what an outright rain many are.

Some are said to have already submitted letters of censure to the new prime minister. If true, this is nothing short of insane.

They just have to cheer up and get behind Miss Truss. Another navel-gazing leadership attack during an economic crisis would guarantee electoral annihilation.