Online material viewed by schoolgirl Molly Russell was “not safe” and “should not have been available for a child to view,” a coroner concluded today.

The 14-year-old from Harrow, northwest London, died in 2017 after hiding her ‘demons’ from her family while viewing thousands of heartbreaking posts and videos.

Molly saved 16,300 images and liked them on her Instagram account, 2,100 of which were related to depression, self-harm and suicide in the last six months of her life.

In a conclusion at the North London Coroner’s Court, Senior Coroner Andrew Walker said: “Molly was in a transitional period in her young life which made certain elements of communication difficult.”

It added that the schoolgirl “was exposed to material that could have influenced her in a negative way and, in addition, what had started as a depression had turned into a more serious depressive illness.”

Walker said he did not “believe it would be safe” to leave suicide as a conclusion for himself to consider, instead finding that Molly “died from an act of self-harm while suffering from depression and the negative effects of online content.”

The coroner said some of the content Molly viewed was “particularly graphic” and “normalized her condition”, focusing on a “limited” view without any counterweight.

In his conclusion, he noted how Molly had turned to celebrities for help while suffering from depression, not realizing there was little chance of an answer, a coroner said.

Some of the content she viewed online was “romantic acts of self-harm” and, due to the use of algorithms, she was exposed to some images, video clips and text that she had not requested, she said. 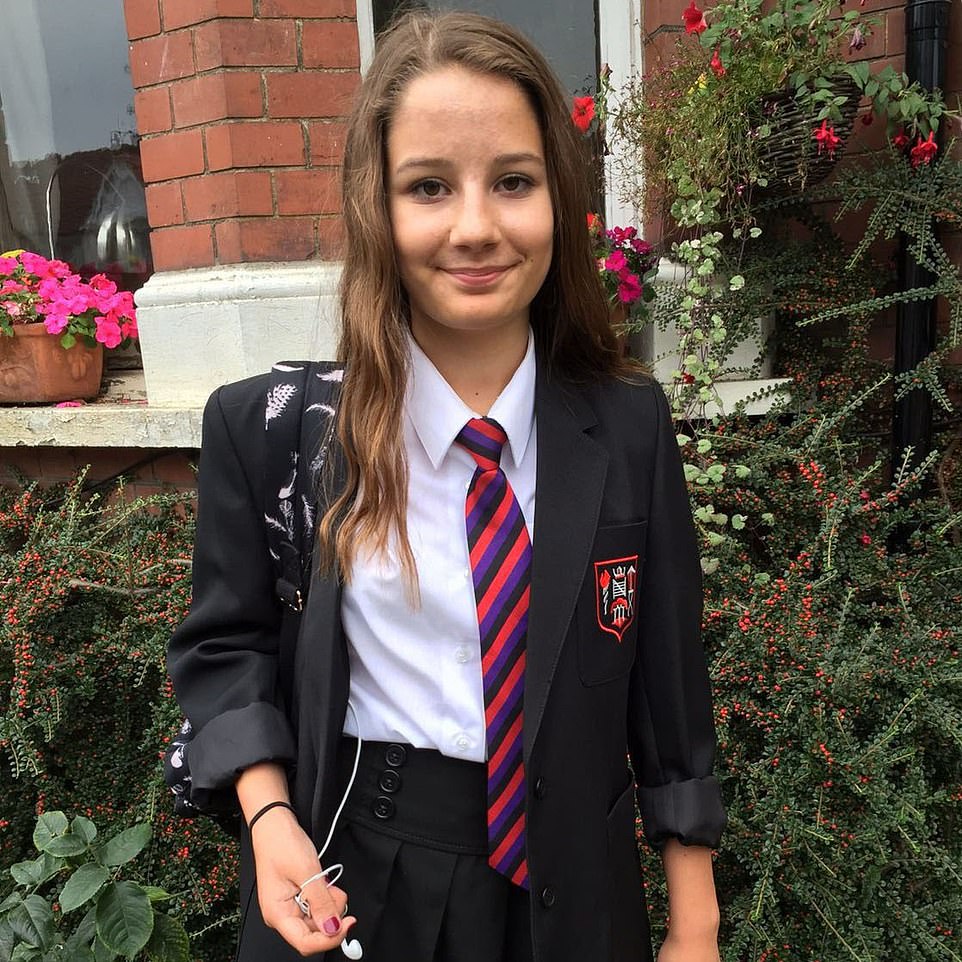 The 14-year-old from Harrow, northwest London, died in 2017 after hiding her ‘demons’ from her family while viewing thousands of heartbreaking posts and videos. 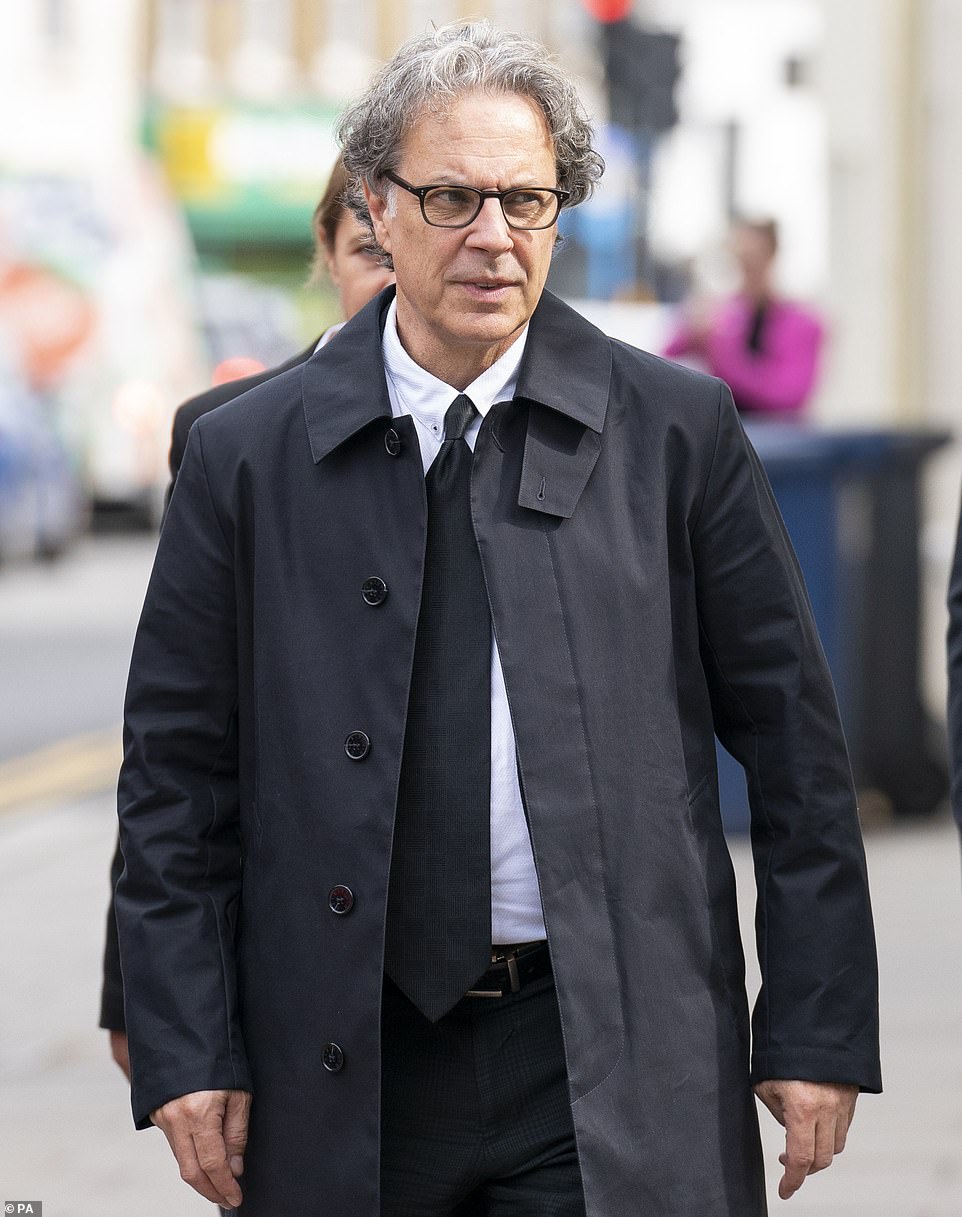 Since her death, Molly’s family (including her father, Ian, pictured today) have campaigned for better internet safety and stricter rules around content related to suicide and self-harm.

Since her death, Molly’s family has campaigned for better internet safety and stricter rules around content related to suicide and self-harm.

Before his verdict today, Walker said the “risk” the internet has brought into Britain’s homes must be recognized and “kept completely away from children”.

He said he would not be allowed to make any recommendations, but wanted to “raise concerns” about children’s use of social media. This included algorithms that push harmful content to children and the lack of separation between under 18s and adults on platforms.

His comments came as the children’s commissioner warned that children were still being bombarded on social media with content promoting self-harm.

Warning that it could lead to a repeat of the Molly tragedy, Dame Rachel de Souza published research showing that 45 per cent of children had seen harmful content online.

However, only half of respondents ages eight to 17 who saw such material, which included self-harm and suicide, reported it. After hearing six days of evidence, Mr. Walker said: “It used to be that when the boy walked through the front door of his house, he would go to safety.”

‘With the advent of the Internet, we brought into our homes a source of risk and we did so without appreciating the magnitude of that risk.

“If there is a benefit to be derived from this research, it must be to recognize that risk and make sure that risk that we have embraced so much in our homes is kept completely away from children.”

He added: ‘This is an opportunity to make this part of the internet safe and we must not let it slip away. We must do it.’

Oliver Sanders KC, the family’s attorney, yesterday accused Instagram and Pinterest of being “ignorantly blind” as to their involvement in Molly’s death.

Sir Peter Wanless, Chief Executive of the NSPCC, said today: “Finally, Molly’s family has the answers they deserve thanks to their determination to have Meta and Pinterest questioned under oath about their role in their daughter’s tragic death. and his sister”.

‘The ruling should send shockwaves through Silicon Valley: Tech companies should be held accountable when they put child safety ahead of business decisions. The magnitude of this moment for children around the world cannot be underestimated.

“Molly’s family will forever pay the price for Meta and Pinterest’s abject failure to protect them from content no child should ever see, but the online safety bill is a once-in-a-lifetime opportunity to reverse this imbalance between families and large businesses. technologies”.

“This must be a turning point and further delay or watering down of legislation addressing preventable abuse of our children would be inconceivable for parents across the UK.”

For help or support, visit samaritans.org or call Samaritans toll-free on 116 123.