By Harry Wise This Is Money

The Co-operative Group has seen its profits fall following a rise in commodity prices and the end of a trade tariff holiday.

Pre-tax profit at the food retailer and legal services provider plummeted 84 per cent to £7m in the six months to early July, compared with £44m in the equivalent period last year.

Higher employee wages and energy bills contributed around £50m in extra costs for the Manchester-based company, while the return of business fees added another £20m. 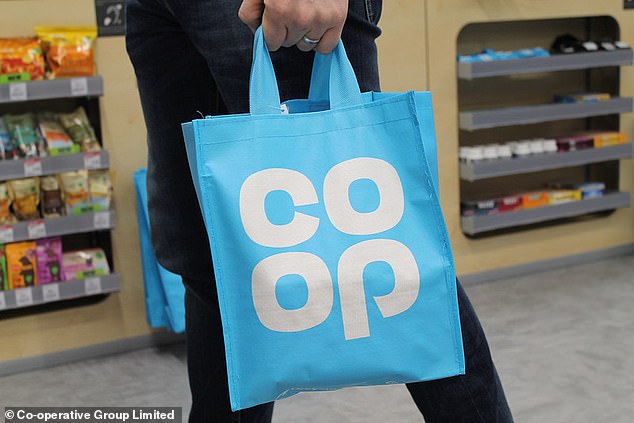 Earnings: Pre-tax profits at the food retailer and legal services provider plunged 84 per cent to £7m in the six months to early July.

Earnings also benefited the previous year from a £99m one-off settlement from a creditor who owed money to the company’s banking division.

Due to current inflationary pressures and the resulting uncertainty on consumers and businesses, the Cooperative warned that it expected to see “continued challenges during the year”.

But it said it was “better equipped to weather the effects” of these problems because of steps taken to cut operating costs and better manage capital spending, which helped cut net debt by a fifth to £731m.

Debts are expected to fall further later this year when the group completes the £600m sale of its petrol station division to supermarket giant Asda.

Additional proceeds from the deal will go towards investing in the company’s main convenience division and keeping prices affordable for consumers, he said.

In a very challenging economic environment, we have made significant progress in strengthening our balance sheet,” said Shirine Khoury-Haq, who became CEO of the Co-op in August.

He added: ‘Looking ahead, while we are aware of the continuing economic challenges, we have great confidence in the underlying strength of the Cooperative and all of our businesses.

“Having faced some difficult decisions in the first half, focused on reducing costs and improving efficiency, we ended the period stronger both operationally and financially.”

Higher petrol prices helped boost total revenue in the company’s food business and offset a drop in real food sales caused by inflation and a return of Britons to dining at hospitality venues.

Amid all this, the supermarket brand chose to cut or freeze prices on some 4,000 products and increased its share of the UK grocery market to 6.5%, according to Kantar data.

It also boosted market share in its funeral care business, something the company attributed to a new marketing campaign, although revenue fell slightly as death rates fell following the massive rollout of Covid-19 vaccines.

At the same time, the division’s underlying earnings were affected by the preparations the group made before the Financial Conduct Authority introduced new regulations on prepaid funeral plans.

However, Co-op’s total after-tax profits remained stable at £48m thanks to a Court of Appeal decision that forced technology corporation IBM to pay the retailer for a failed IT project.