Centrelink tells receptionist she owes them $65,000

An elderly retiree has revealed how her life was “turned upside down” after being told she had to pay back $65,000 to Centrelink as part of her botched robodebt scheme.

Rosemary Gay, from Ballarat, Victoria, told Brisbane’s royal robodebt commission on Monday that she was experiencing “sheer terror” after a letter warned she had just two weeks to pay.

The 76-year-old said the message came on September 29, 2016 and stated that Centrelink had received information from the ATO about her income from work.

The income referenced in the letter was $17,436. Ms Gay said she was a part-time receptionist between July 1, 2010 and June 30, 2011, while working for a transport company in Ballarat.

However, Centrelink said the amounts she stated were different from what was actually earned, something Ms Gay said which left her ‘shocked’ and ‘surprised’.

“The data I would provide them about my earnings would be exactly the same as what would appear on my group statement on my tax return at the end of that fiscal year,” she said.

Retiree Rosemary Gay told the robodebt royal commission on Monday that she received a bill from Centrelink demanding she pay back $65,000

After checking that the paperwork was the same as what she reported, Ms. Gay thought the case would be solved.

“I assumed once I confirmed that (amount) was in my group certificate, that would be the end of it,” she said.

“That they would relate that to what I reported to them, and expect it to end there.”

Ms. Gay had a steady, part-time job at the time and was paid about $22 an hour for 14 hours of work a week, she said.

The gargantuan payment, more than three times her annual salary, was due in less than a month, she said.

“All I could see was that I could sell my house and lose everything I had worked for in my 70 years and I just watched it all disappear instantly.” 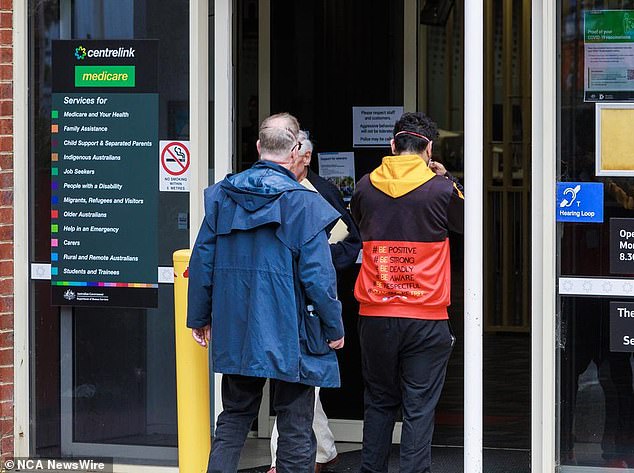 “My mental health and physical health were at a very low ebb at that stage,” Ms Gay said. Upstairs, queues at Centrelink

When Ms Gay filed a dispute with Centrelink, $133 a week was taken from her pension as a payment, before being reduced to $60 every two weeks.

“It was a very dark period for me and one that is very difficult to relive. My mental health and physical health were at a low ebb at that stage,” she said.

However, on December 7 of the same year, Ms. Gay said she had received a letter from Centrelink stating that her debt was in error and that the correct amount was $120.33.

“I was shocked and angry when I thought they could initially cause such a traumatic experience for anyone with access to a pension,” she said.

“That they can turn someone’s life upside down and still get it wrong time and time again.”

The practice was ruled illegal in federal court in 2019 and was alleged to have improperly recovered more than $750 million from 381,000 people.

The only son of novelist Graham Greene, 85, killed himself in the grounds of his…

Alessandra Ambrosio flaunts her toned tummy as she poses…

Six British children under the age of five are found living…

The only son of novelist Graham Greene, 85, killed himself…