Bukayo Saka ‘ready to START for England against Senegal, with either Phil Foden or Marcus Rashford out’, the report claims… as Gareth Southgate keeps his cards close to his chest

By Ed Carruthers for Mailonline

Gareth Southgate is reportedly “ready to start Bukayo Saka” during England’s World Cup round of 16 clash against Senegal.

According to sky sportsThe 21-year-old, who scored twice in England’s opener against Iran, will return to the starting line-up after being benched during the Three Lions’ thumping 3-0 win over Wales in midweek .

Despite featuring in England’s 0-0 draw against the USA last weekend, Saka was unable to find the back of the net and was replaced by Phil Foden and Marcus Rashford on Tuesday night. 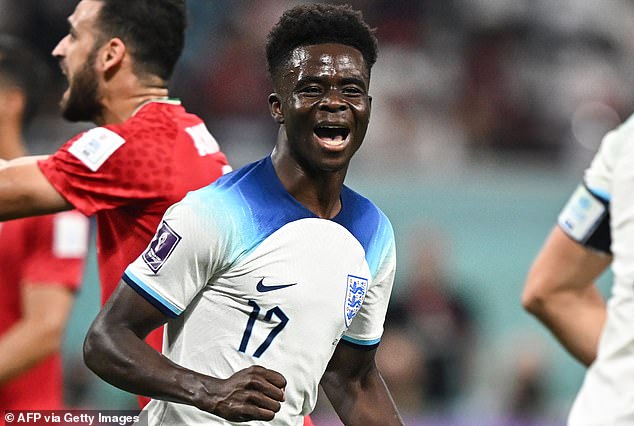 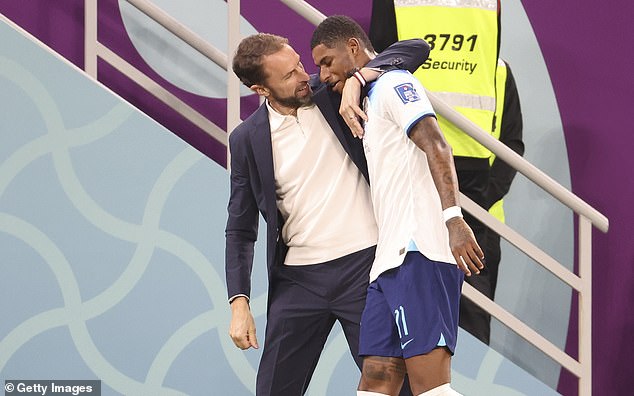 Marcus Rashford (right) or Phil Foden could be ready to make way for the Arsenal attacker.

But it looks like either Foden or Rashford might now have to make way for the Arsenal man, with Sky Sport lead reporter Melissa Reddy. suggestion that Southgate may have had this exchange planned all along.

“Despite all the talk of an unchanged lineup, Saka is ready to go,” Reddy said. ‘So one of Phil Foden or Marcus Rashford is expected to miss.

‘The fact that Saka rested in the last game, perhaps it means that this was always planned. 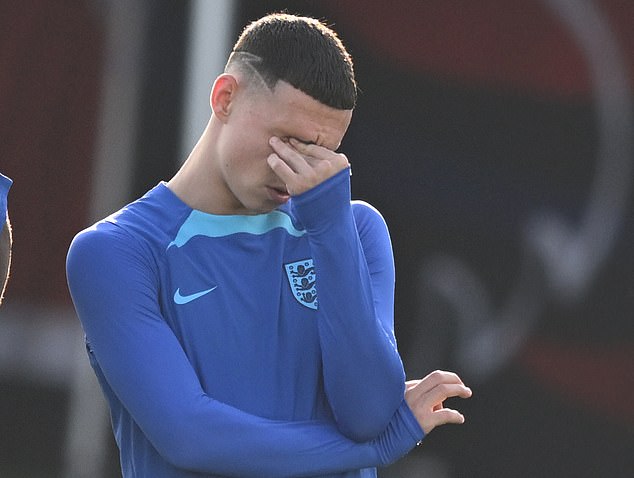 ‘That leaves a talking point about what Southgate will do elsewhere in the attack. Both Foden and Rashford offer something different: Rashford is direct, but Foden’s grace and dynamism on the ball showed against Wales.

“But I don’t think there are many complaints about the inclusion of Saka. Raheem Sterling is also someone Southgate trusts, and Southgate have never started a knockout game without him; the Sterling-Kane combination has been one of the pillars of his tenure.’ 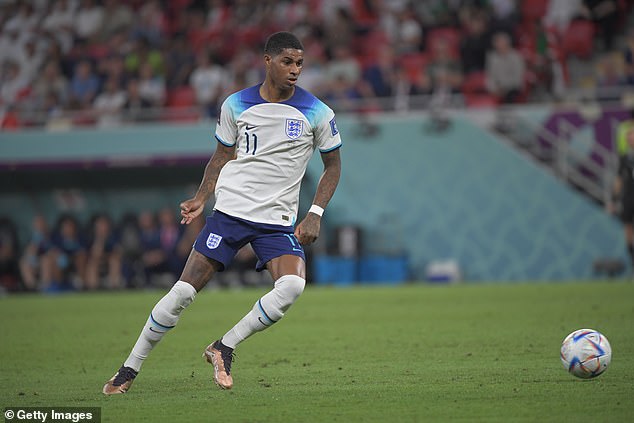 It’s quite a selection headache for Southgate, who can count on four top-quality attacking players, who will now be very confident after scoring in the tournament.

Speaking before the match, Southgate certainly kept his cards close to his chest in admitting that there really wasn’t a “right or wrong” answer as to who should start at the top of the Three Lions.

“It’s a good position to be in,” Southgate said. ‘You want your players to be confident and our forwards are.

‘Of course you want to try to make the best decision possible, but in some ways I’m not sure there is right or wrong. Regardless of the players we start with, we are going to need the bench, we need the strength.

“Everybody offers different attributes and it’s just about getting the right team balance and making the best decisions possible.”

“But for us it’s great that we have the whole team fit and available, feeling good about themselves, but with that good balance of knowing how difficult it was to get through this round in our last two tournaments.”

“We know the quality of the opposition, but we also believe in ourselves.”