Brooks Nader showed off her toned physique as she enjoyed the cool ocean in Miami Beach on Saturday.

The Sports Illustrated Swimsuit model, 25, – who launched a ’90s-inspired capsule collection in October – showed off her rock-hard abs in a gray and white bikini as she took a dip in the water.

The beauty, who currently resides in New York City, landed in Miami for the 20th anniversary of the famous art fair known as Art Basel along with other celebrities such as Kim Kardashian. 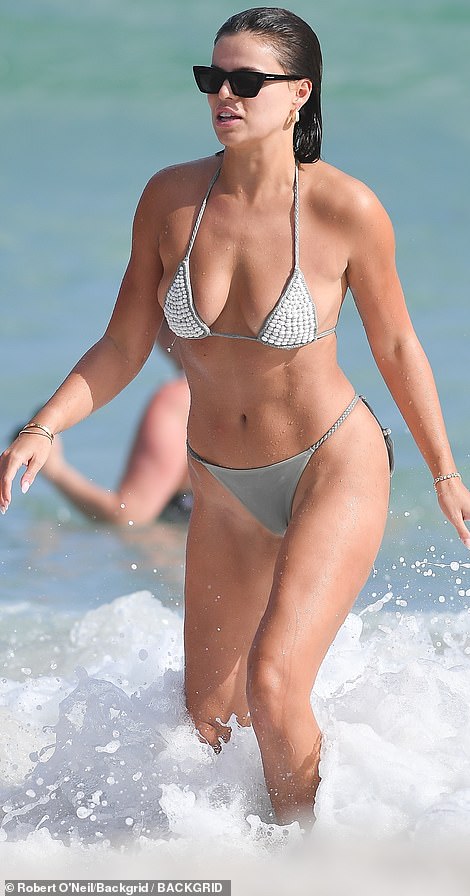 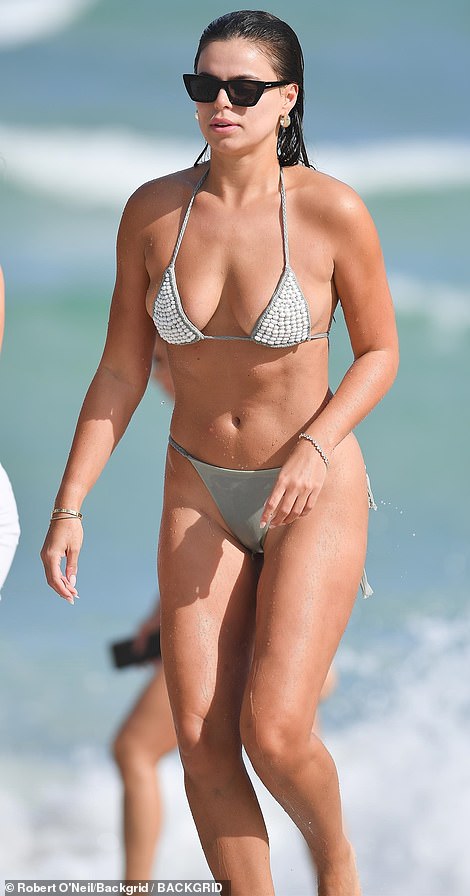 Beautiful: Model Brooks Nader, 25, showed off her toned abs in a two-piece swimsuit as she enjoyed a day out in Miami Beach on Saturday

The beauty, who signed a contract with Sports Illustrated in 2020, showed off her fit physique as she cooled off in the ocean waters.

Brooks opted for a gray and white bikini top that was pinned up and tied at the base of her neck and her back.

After taking a quick dip in the Miami waters, the businesswoman brushed her damp, dark brown hair back from her face. 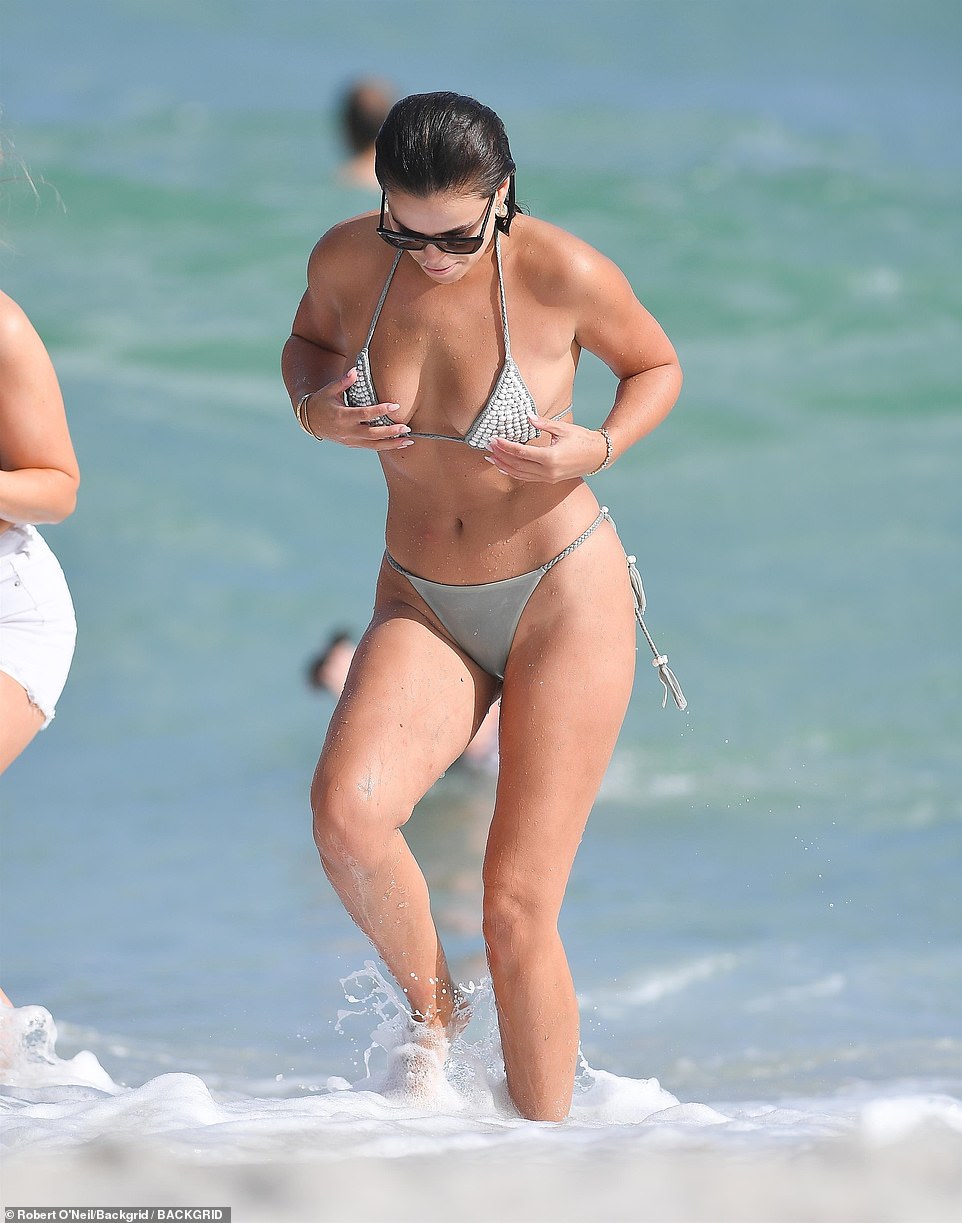 Beach day: The Sports Illustrated Swimsuit model was pictured splashing in the waves while enjoying her time at the beach in Miami 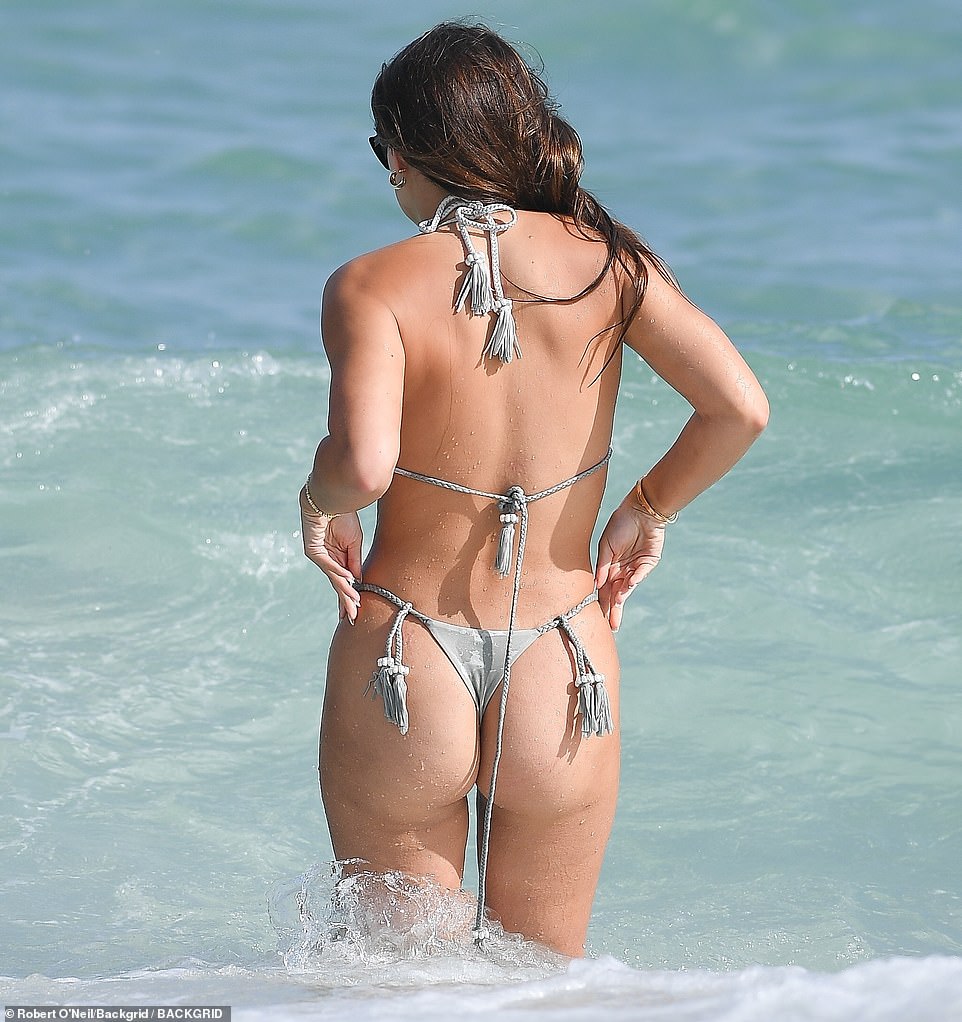 Cheeky display: The Baton Rouge-born model put on a rather sassy display by donning a drawstring bikini

Brooks chose to accessorize her look with stylish accessories, including gold bracelets on each of her wrists and tiny earrings with gold hoops.

The founder of Home by BN also donned black sunglasses as he spent time in the blazing sun.

The star, who tied the knot with William (Billy) Haire in a romantic wedding in New Orleans in 2019, seemed to be having a blast enjoying the warm weather in the heart of the chilly fall season.

The talented beauty started modeling in 2016 and was eventually scouted on Instagram. The star finished in the Swim Search contest and emerged as the winner in 2019, earning her a coveted spread in Sports Illustrated Swimsuit Magazine the following year.

When she talked about that big step that helped launch her successful career, Brooks shared Fox news, “Sports Illustrated has helped my confidence tremendously. You are surrounded by some of the most influential, beautiful supermodels.” 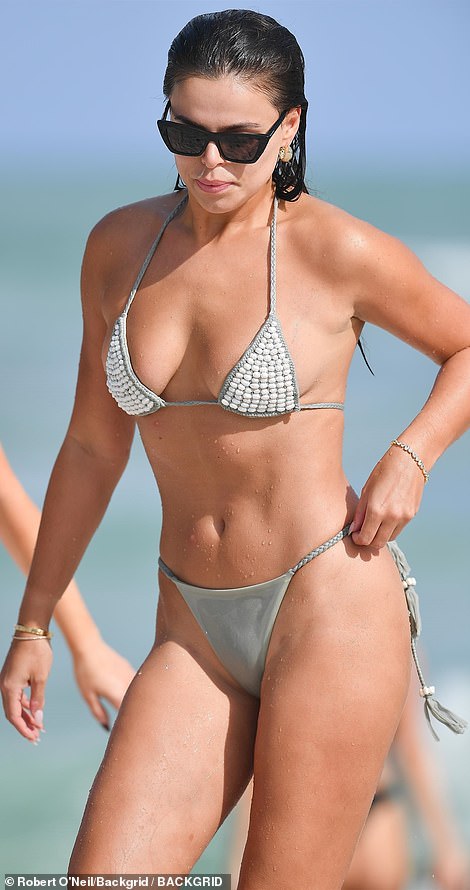 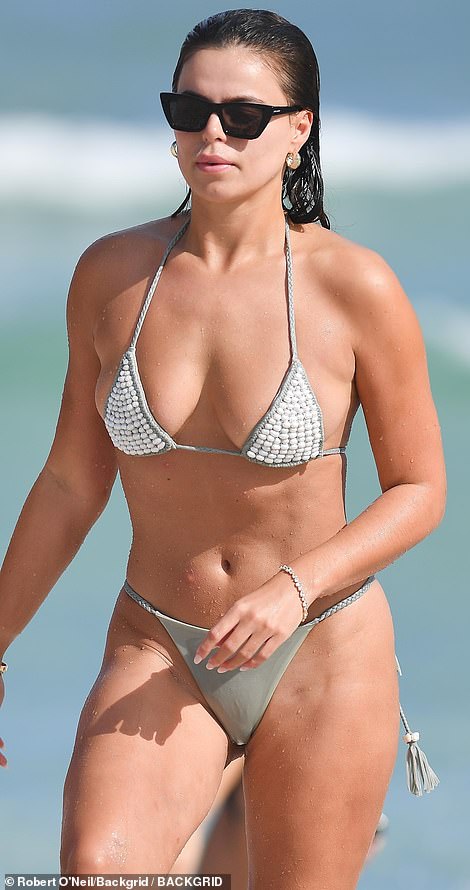 A day under the sun: The beauty, who currently lives in NYC, seemed to be enjoying the warmer weather in Miami 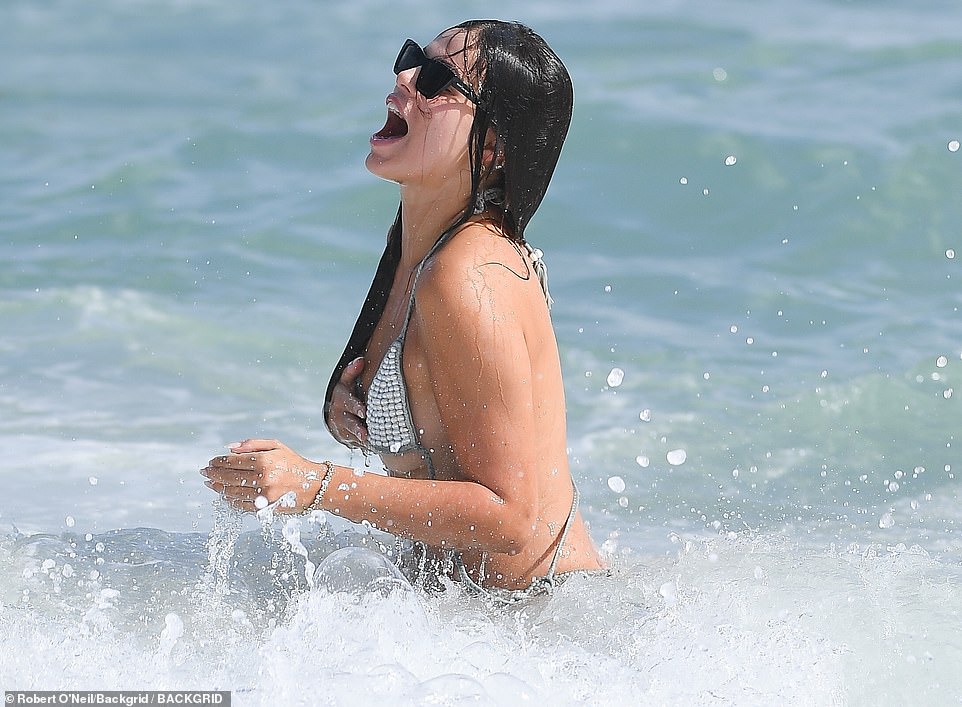 Big splash! Brooks let out a surprised sigh as a large wave crashed into her as she stepped into the water 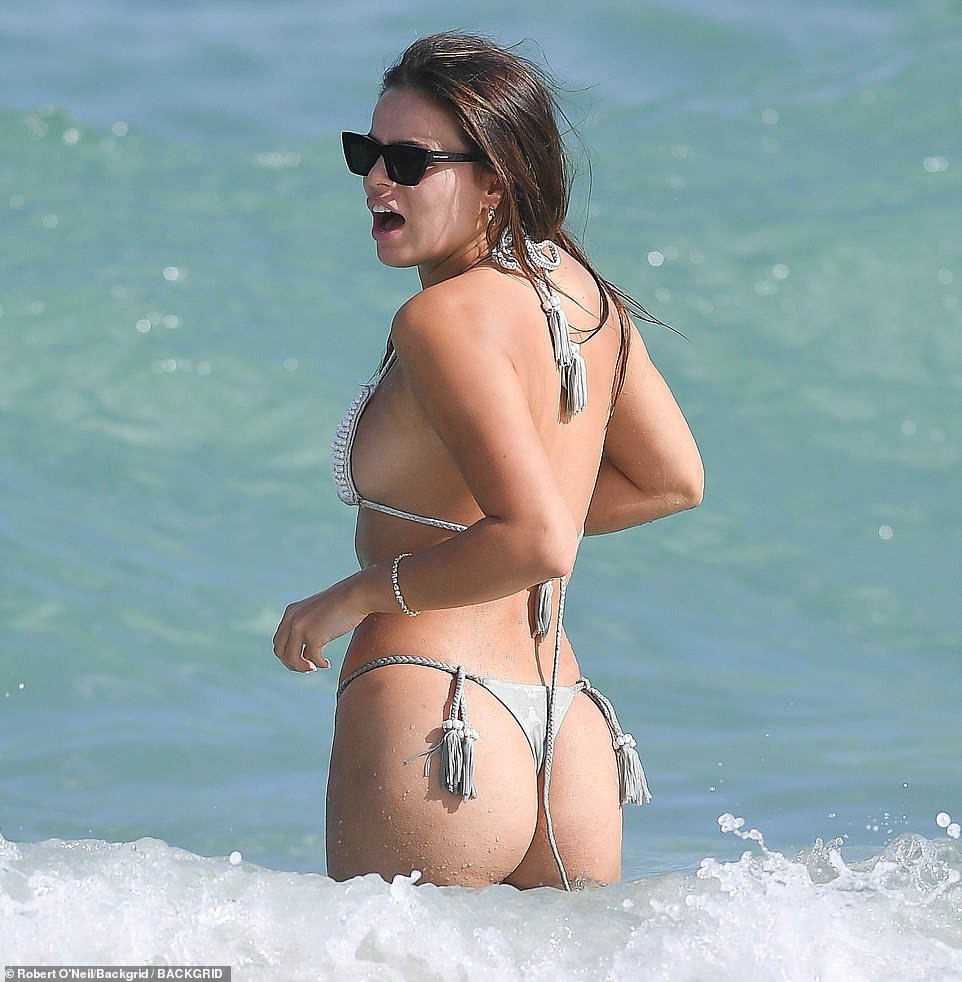 Cool off: The businesswoman liked to jump in the water to cool off while spending time under the hot Florida sun

“Not only do they have the recognition, but they have beautiful hearts, and they’re even more beautiful inside,” she further explained.

She also added that the community is “very inspiring” and that “it definitely helped me find my place in the world as a model.”

Brooks also said against Page six that working with the magazine has given her more confidence when it comes to her fashion sense.

‘SI Swimsuit makes me feel so comfortable. I’m like, whatever, I’m going to wear a sheer dress,” she revealed. “I feel like since Sports Illustrated is moving in a more progressive direction, I have less pressure to go on a crazy crash diet or something…”

Later in the afternoon, the gorgeous model, who is also friends with fashion influencer Olivia Culpo, took a rest on a towel-covered lounge chair under a shaded cabana to fully relax. 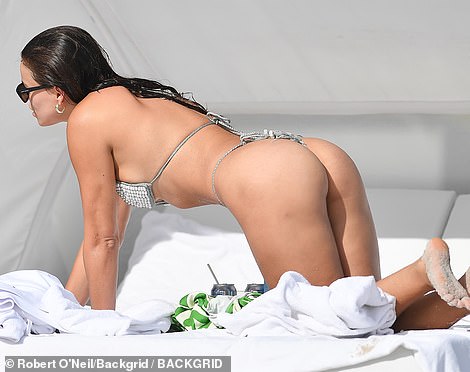 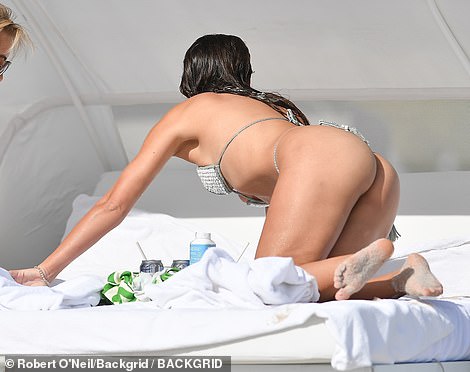 Relaxation mode: Brooks was seen laying down her lounge chair on the sandy beach after taking a dip in the water 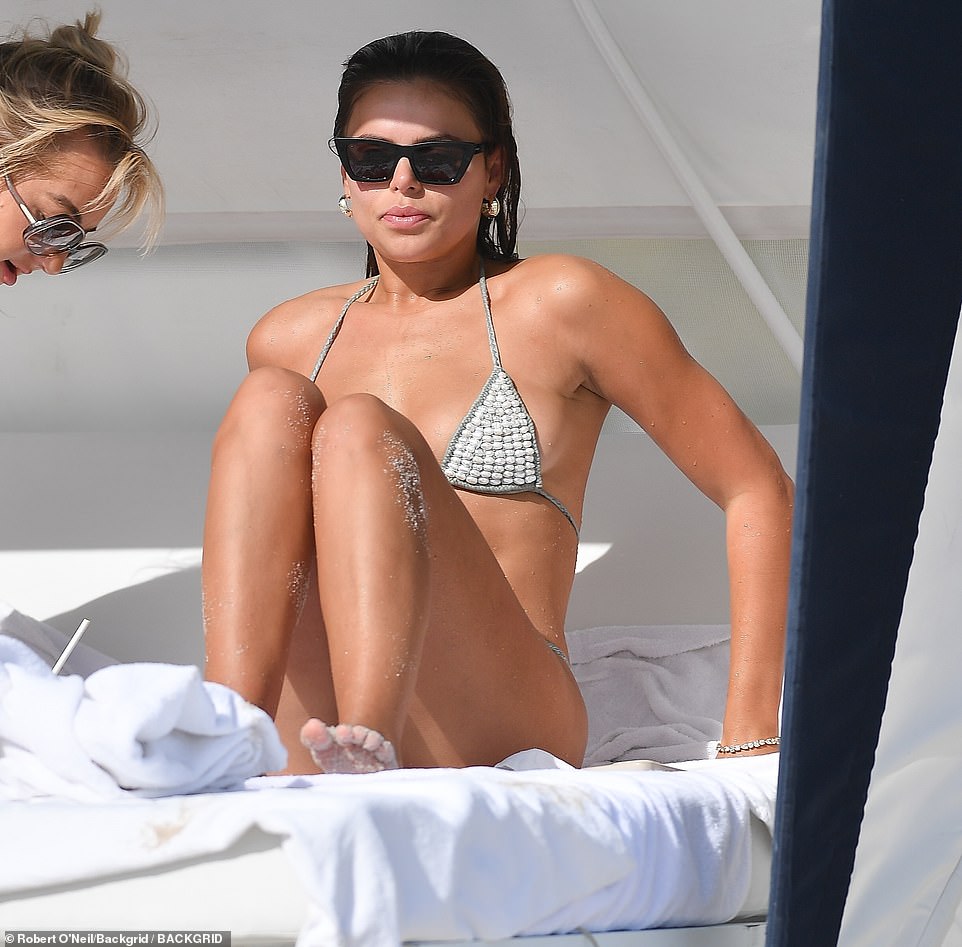 Peaceful afternoon: The talented model was pictured enjoying some quiet time while lying under a small cabana 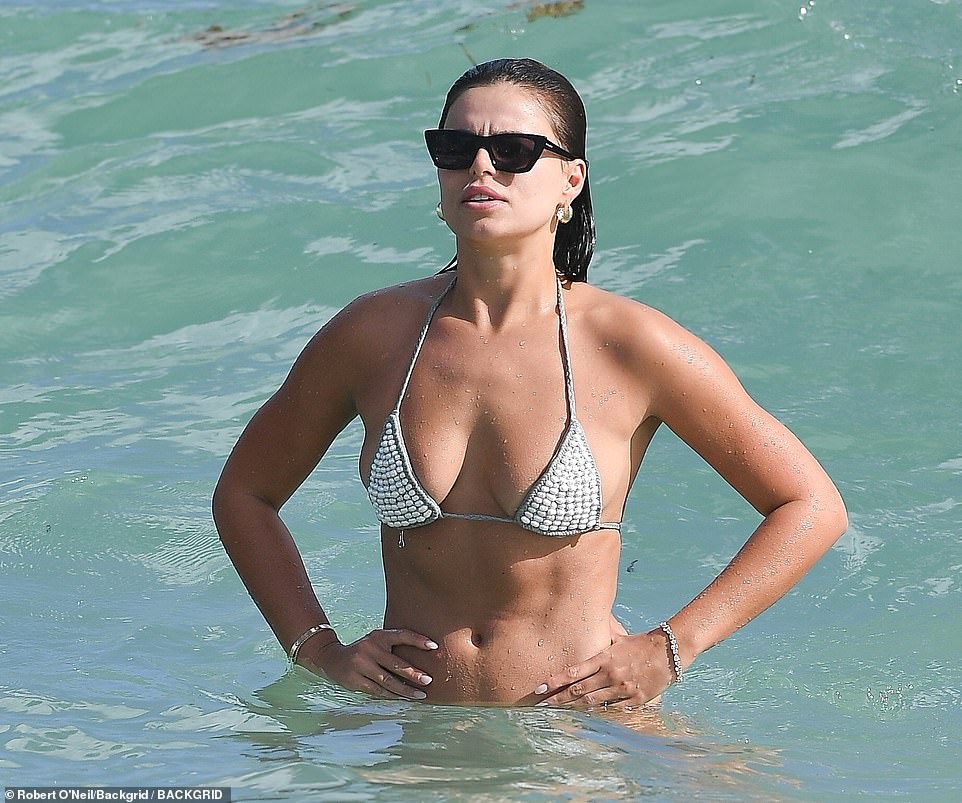 Waiting for a wave: The star could be seen placing her hands on her hips as she waited for another big wave

During an interview with Sports illustratedBrooks also talked about her past struggles with body dysmorphia, saying, “When I got into SI Swimsuit, the best thing about it was that you can just be yourself.”

The supermodel has enjoyed the warm Miami weather while attending several Art Basel events during the annual fair.

Art Basel Miami officially started in 2002 and has become one of the most popular and influential art shows in America. Forbeswith thousands of visitors and art lovers.

Brooks attended the Clarins & Each X Other celebration earlier on Wednesday to kick off the art fair weekend and showed off her toned body in a purple cut-out dress.

The model is no stranger to Miami and has walked the runway during the popular Miami Swim Week, also held in July this year. 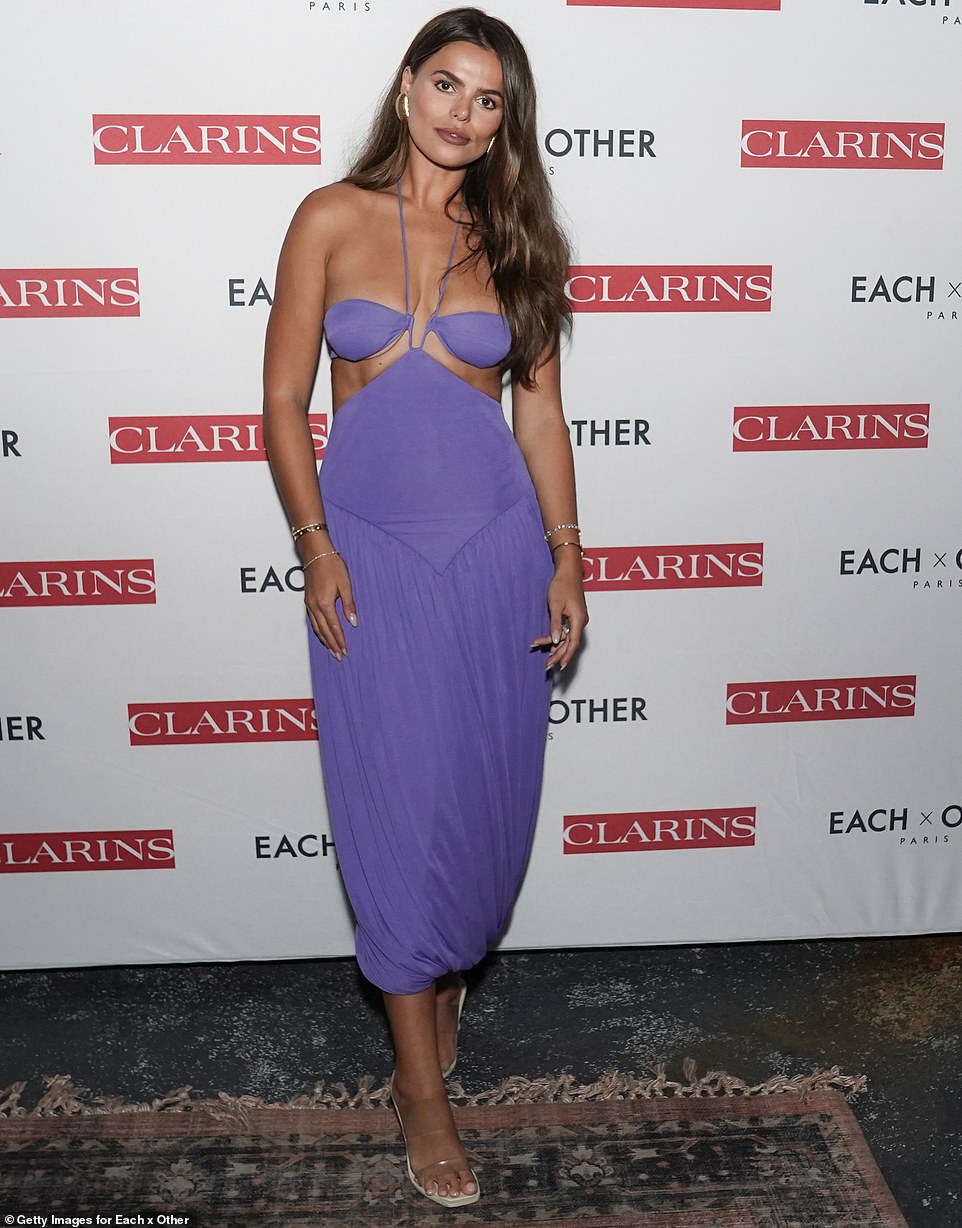 Art fan: The supermodel has enjoyed the warm Miami weather while attending special Art Basel events during the annual fair; seen on Wednesday in Miami for the Art Basel celebration 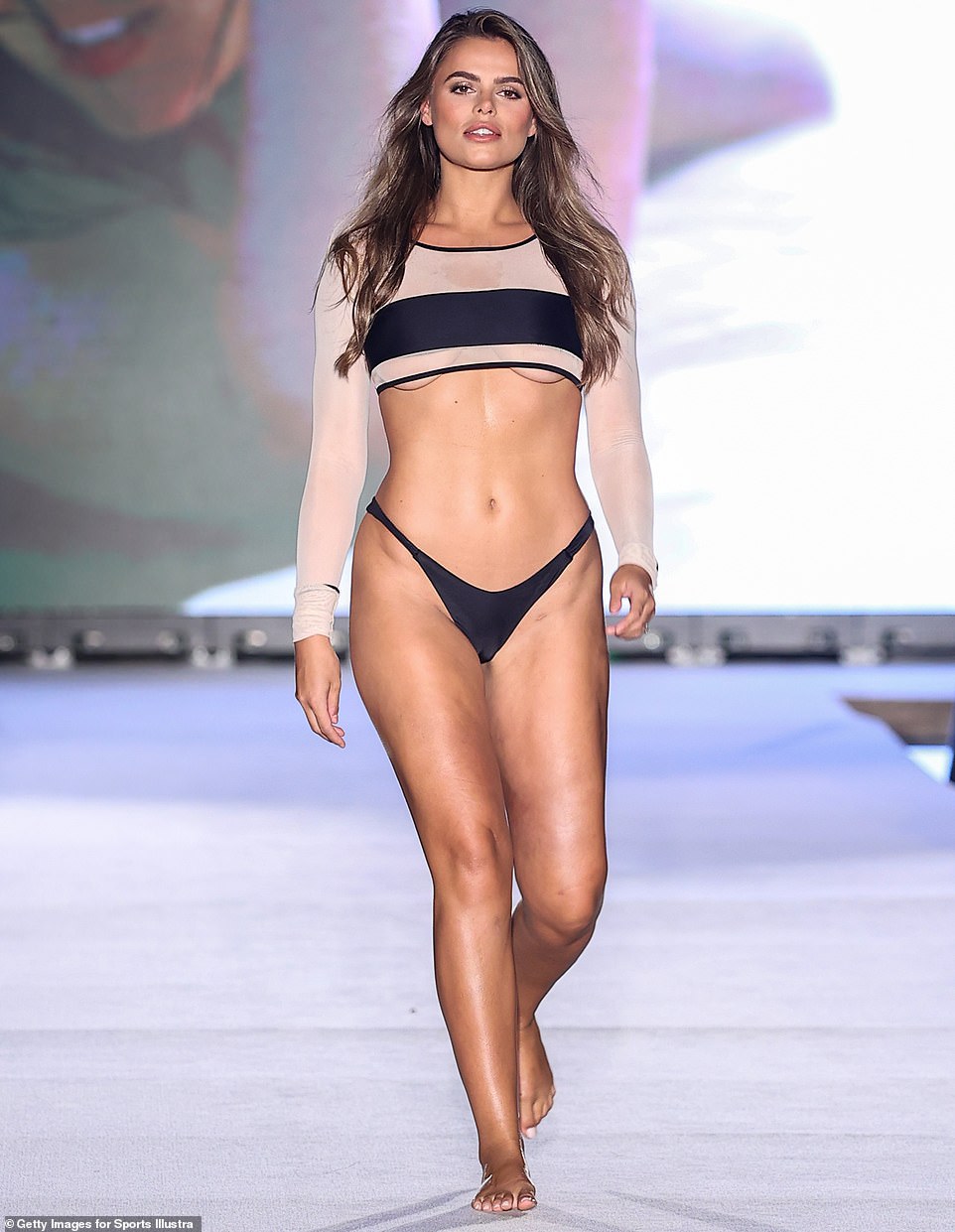 Runway ready: Brooks traveled to Miami earlier this year to walk the runway at Miami Swim Week in July 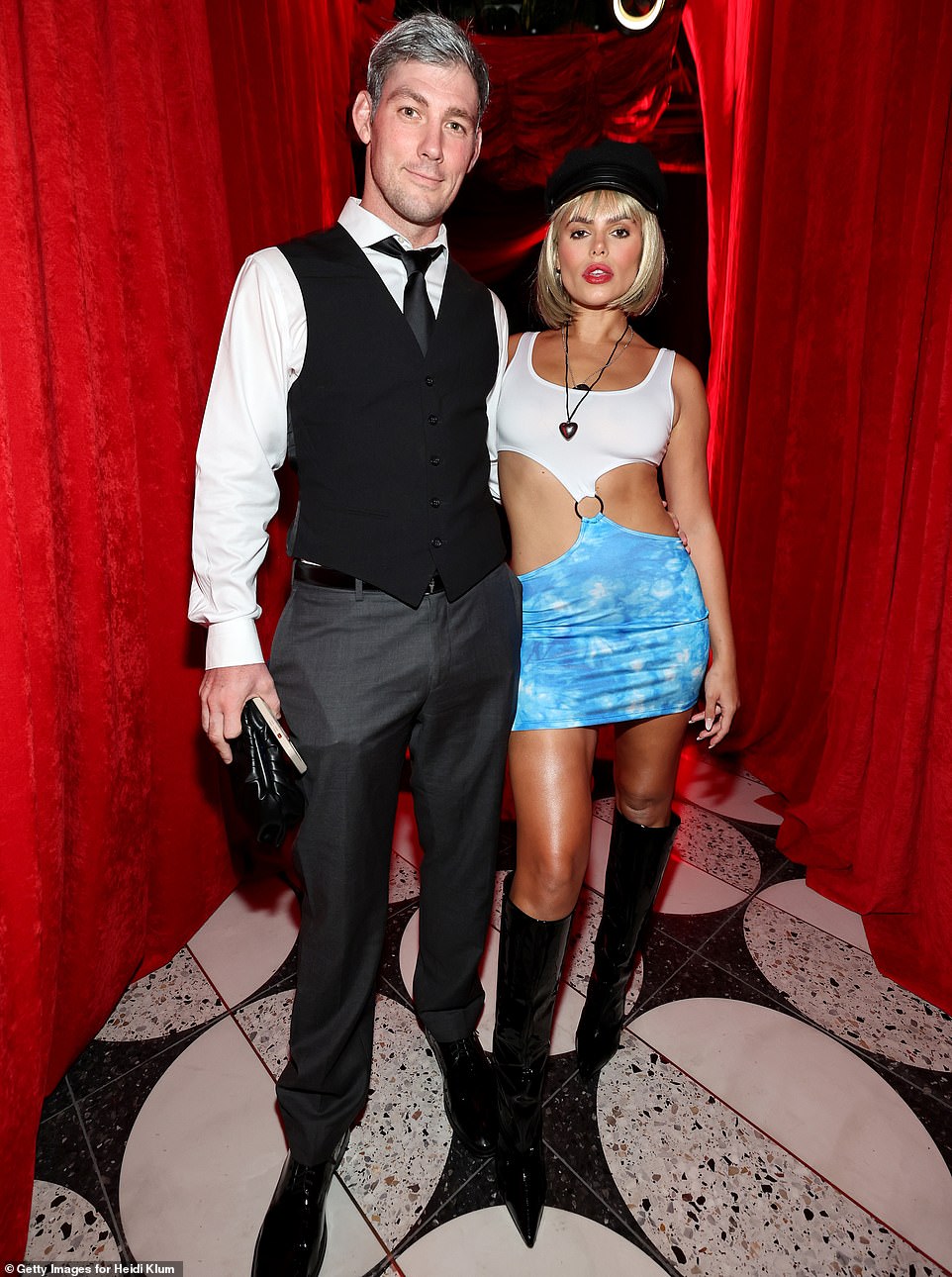 Happy couple: The beauty married William Haire in New Orleans in 2019; the two lovebirds seen in October dressed in character costumes from the movie Pretty Woman

Georgia school administrator, 43, is charged after she ‘raped student at Halloween party’