Britons suffer 84 bad days a year… caused by not enough sleep, losing a wallet and more

What gets you down? Britons experience an average of 84 bad days a year… not getting enough sleep, losing a wallet and breaking a phone at the top of our list of annoyances, a survey shows.

By the daily mail reporter

The British may not be famous for their cheerful disposition, but there could be a good reason for it.

A survey has found that we endure an average of 84 bad days a year, caused by all kinds of mishaps and misfortunes.

At the top of the list of problems that bring us down is a bad night’s sleep, which was cited by 45 percent of the 2,000 people surveyed. This was followed by a lost wallet or purse (35 percent) and a broken phone (also 35 percent).

Losing keys (34 percent) or having a fight with our other half (32 percent) also led to moodiness, along with stepping on dog poop (29 percent) and having a bad hair day ( 16 percent).

Trying on a new outfit only to find it’s too tight or doesn’t look right made 30 percent of us sad, while a bad haircut upset 13 percent.

The study also showed that many of us believe in bad luck, with 36 per cent avoiding opening an umbrella indoors and 43 per cent thinking that the power of the planets in astrology can contribute to a bad day. 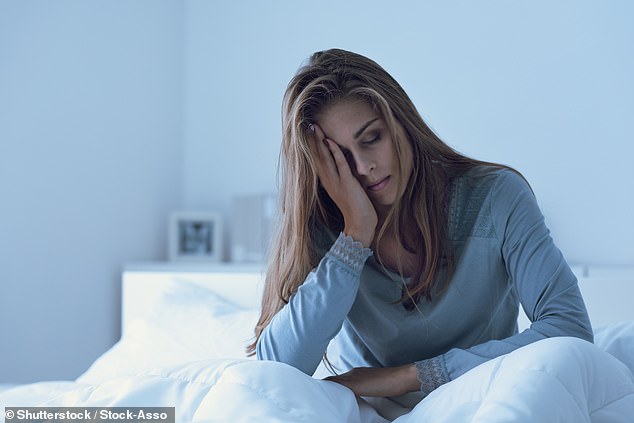 (File Image) Top of the list of problems that keep us down is a bad night’s sleep, which was cited by 45 percent of the 2,000 people surveyed. 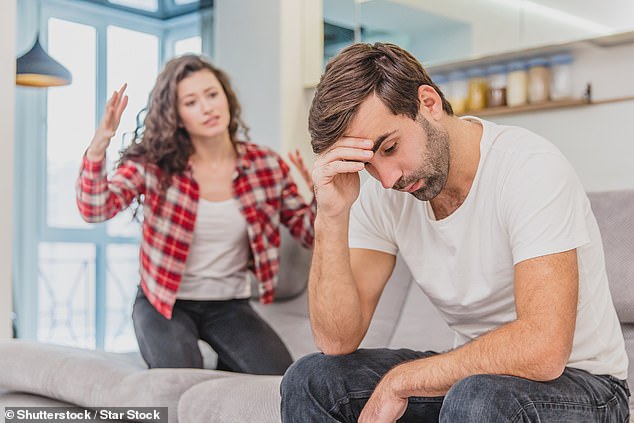 (Stock Image) Arguing with our partners was another reason for getting depressed, which was cited by 32 percent of those surveyed.

But the majority of Britons are a resilient bunch with more than 68 per cent saying they still feel grateful and appreciate what they have despite the problems they face.

The research also revealed things that make us feel better after a bad day. They included a good night’s sleep (55%), being asked by a friend if we’re okay (43%), and relaxing on the couch with a favorite TV show (42%).

Lorna Brown, from the Not On The High Street online marketplace who commissioned the survey, said: “It’s great to see from the research that despite regularly experiencing bad days, most Britons appreciate the little things in life.”

Research suggests many Britons believe in bad luck, with more than a third (36 per cent) avoiding opening an umbrella indoors, and three in ten refusing to put new shoes on a table, to avoid triggering a bad luck. day.

And almost a fifth (18 percent) avoid stepping on cracks in the pavement, while 12 percent admit they are suspicious of black cats.

Meanwhile, 43 percent of us believe that astrological moments contribute to having a bad day.

And 44 percent of the nation are now aware of the idea that Mercury is retrograde, a period of time that astrology says means all forms of communication can be affected and cloud our spirits, and something that’s happening until October 2. .

To try to counteract this period, 52 per cent of modern Britons will try to focus on being mindful, 45 per cent will take time to reflect and three in ten will resort to journaling.

14 per cent even confess to carrying crystals to ward off “bad vibes”, while 13 per cent burn sage to rid their home of any negative energy.

And 38 percent believe it’s best to always try to have a positive mindset overall when it comes to what kind of day we might be having, while one in two believe laughter is the best medicine.

Khloe Kardashian claims on The Kardashians that Tristan Thompson PROPOSED HER