The Briton is arrested in Iran for reporting to foreign media, including the BBC, on the protests over the death of Mahsa Amini.

By Dale Fox For Mailonline and Afp

A British-Iranian dual national has been arrested for reporting to foreign media, including the BBC, on protests sparked by the death of Mahsa Amini, Iran’s Fars news agency reported on Wednesday.

The BBC, which broadcasts in Iran as part of its World Service, has repeatedly complained of threats and intimidation against its journalists and their families at home and abroad.

The broadcaster has blamed this on the Iranian government, which has described it as a ‘hostile’ TV channel. 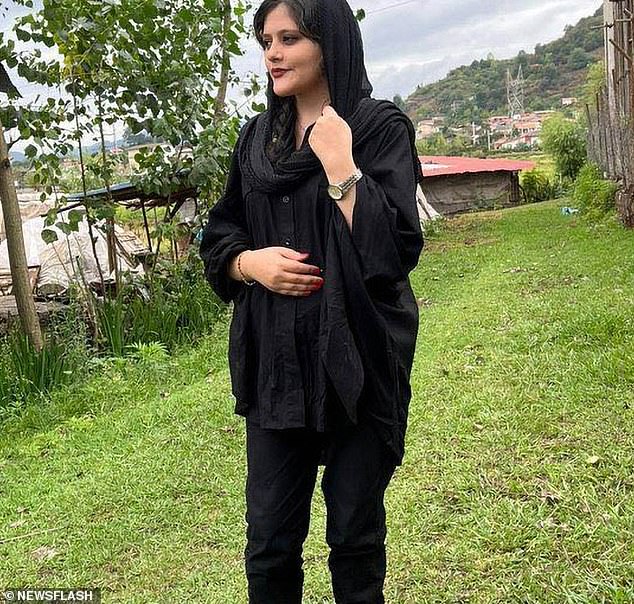 Mahsa Amini, 22, died in police custody after being detained in Tehran by Iranian morality police who believed she was wearing her hijab too loosely. 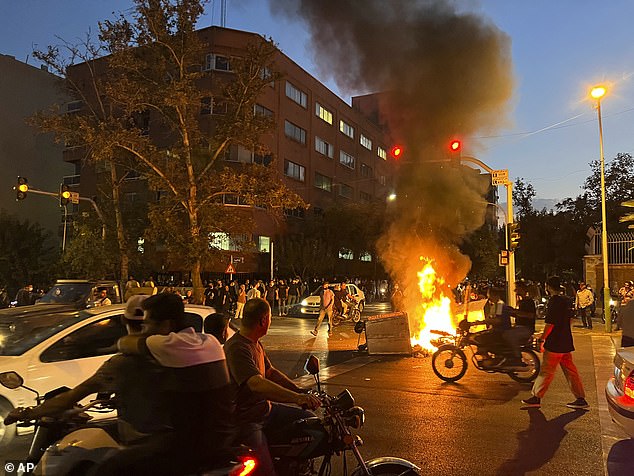 In this photo taken on September 19, 2022, a police motorcycle and a garbage container burn during a protest over the death of Mahsa Amini. 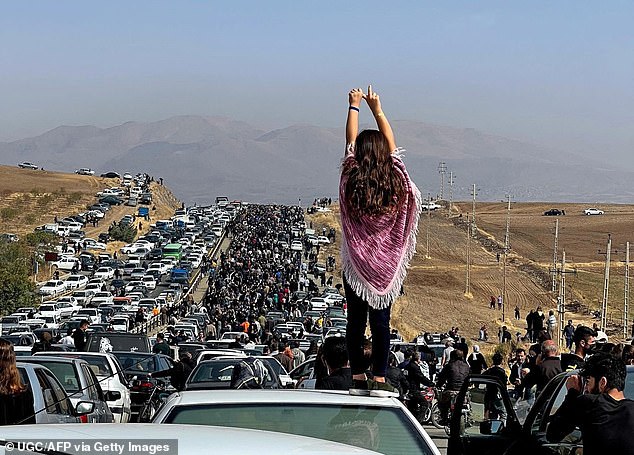 An unveiled woman stands on top of a vehicle on October 26, 2022 as thousands head towards the Aichi cemetery in Saqez, Mahsa Amini’s hometown in Iran’s western Kurdistan province, to mark 40 days since her death.

Iran, which does not accept joint citizenship, accused Britain of stoking the two months of protests since Amini’s death in police custody.

The Fars report did not give a name, gender or date of the arrest, saying only that the arrest was carried out by intelligence services and the Islamic Revolutionary Guard Corps in the city of Isfahan.

Fars described the detainee as “a source of hostile TV channels, namely the BBC and Iran International”, the latter being a Saudi-linked channel operating out of London.

Anti-terror police were seen standing guard outside Iran International studios in west London on Saturday, following warnings from MI5 that regime operatives could attack journalists in the UK.

Armed Metropolitan Police officers appeared to be patrolling the studios in Chiswick. 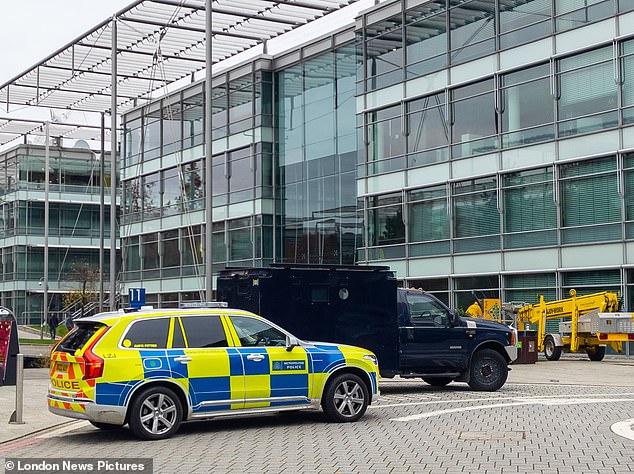 A source at the station said it was “very concerning” that armed officers were patrolling outside the offices, adding that “it must be based on a specific threat to us.”

In the meantime. the detainee had a “direct link and family ties with some of the journalists from the channels,” the news agency added.

“Beyond working with these television channels, this individual communicated and cooperated with certain counterrevolutionary elements abroad and incited civil disobedience, riots, security breaches, vandalism, and destruction of public property during the recent unrest.”

Iran has called the British ambassador in Tehran four times since the protests began.

Earlier this month, Britain detained a senior Iranian diplomat in London after what it described as death threats against journalists living in the UK.

Volant Media, the London-based broadcaster of the channel, said the couple had received “death threats from the Islamic Revolutionary Guard Corps”.

Iran International has provided extensive coverage of the protests sparked by the death of Amini on September 16 after she was arrested for allegedly violating Iran’s strict dress code for women.

The American team ready to take on England at the World Cup (but FOUR of them are from England!)