Boy, 15, stabbed five times in Leeds while ‘standing up for his brother against bullies’

This is when a 15-year-old boy who allegedly stood up to two teens bullying his little brother fights with his alleged attacker before being stabbed five times.

The collision was captured in broad daylight from the window of a car in Middleton in Leeds, West Yorkshire, on Wednesday.

The two boys were spotted fighting in the residential area, with no one filming intervening as they slammed into the road.

After the incident, the area was found to be surrounded by police vehicles and the place was cordoned off with tape.

More footage was later captured from a distance of what appeared to be police officers putting someone in a vehicle.

The teen, whose name has not been released, was stabbed five times in broad daylight on Wednesday in the gruesome incident and is currently undergoing surgery.

Police have arrested a 15-year-old boy on suspicion of inflicting serious bodily harm. He remains in custody.

The injured boy reportedly stood up for his little brother, who also witnessed the attack and was left “traumatised”.

The incident happened at 4pm on Wednesday as the streets were filled with children returning home from school.

His injuries are serious, but not considered life-threatening.

The boy’s mother shared photos of the boy’s cuts and blood-stained clothing on social media.

She said, ‘This is what some animals have done to my son. He was stabbed five times: three in his back, one in his shoulder and one in his chin. 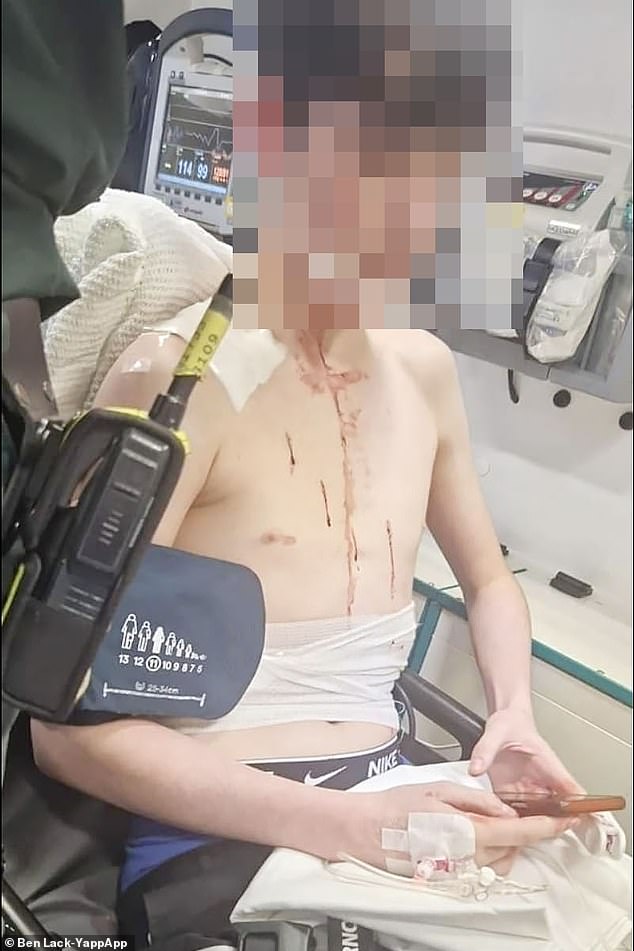 A 15-year-old boy has been stabbed five times in Leeds while allegedly standing up to two teenagers who bullied his little brother. The victim, whose name has not been released, is pictured with his injuries in the back of an ambulance 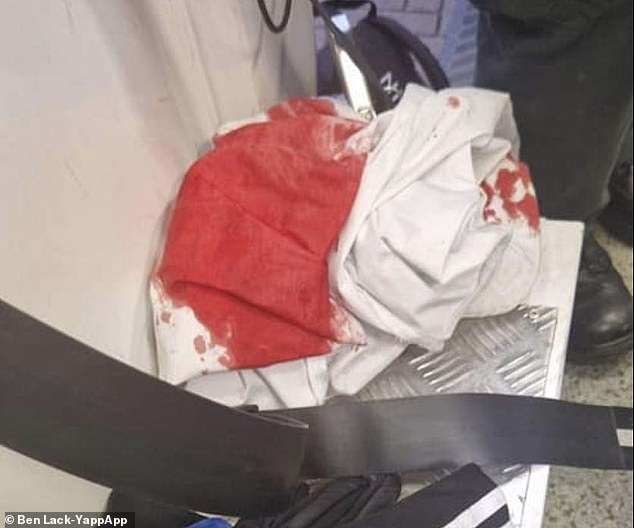 “He needs surgery to close the wounds because they’re so deep.”

The photos show the boy on his hospital bed with cuts from where he was attacked.

His mother continued, “We know who you are, you big cowardly dossers, so don’t think you can get away with it,

“All because they bullied his little brother and he stood up for him.

‘Luckily he’s fine. I am traumatized – and his little brother is too as he saw it. He’ll be fine, but he’ll have five nice scars.

“He needs surgery to get them closed because they’re too deep just for stitches.” 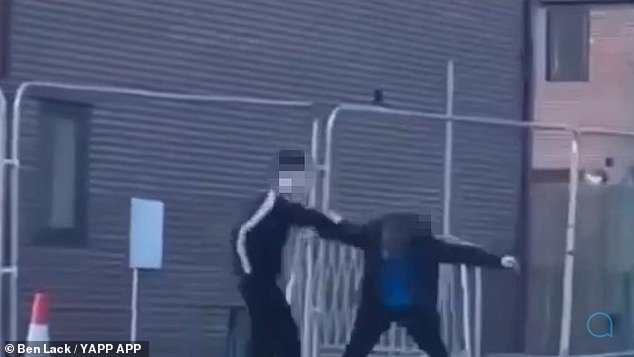 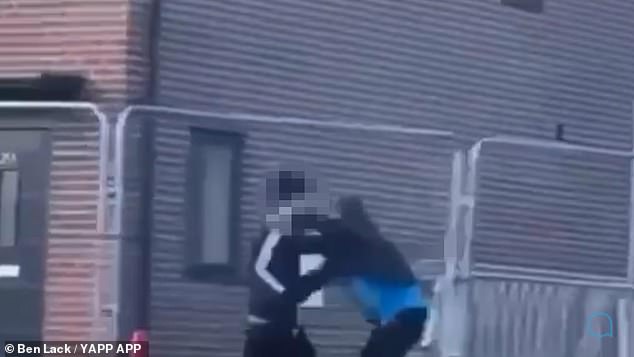 ‘It’s mean. If it wasn’t for the knife, it would have all been over because he picked the wrong boy to bully. He actually put his head in as the dosser put the knife through him.”

Another family member posted, “It was my cousin’s boy they did to. Cowards – that’s what they are.

“They can’t fight with their fists, so they use knives. He stood up for his younger brother whom they bullied.’

Photos and videos of the incident and its aftermath sparked social media outrage — with many claiming to know the attacker.

A message read: ‘The parents must also be held accountable, one of the boys involved and his two sisters attacked my son and daughter with a brick last year and the police saw it all and did nothing. Absolute joke.. I hope the boy is well.’ 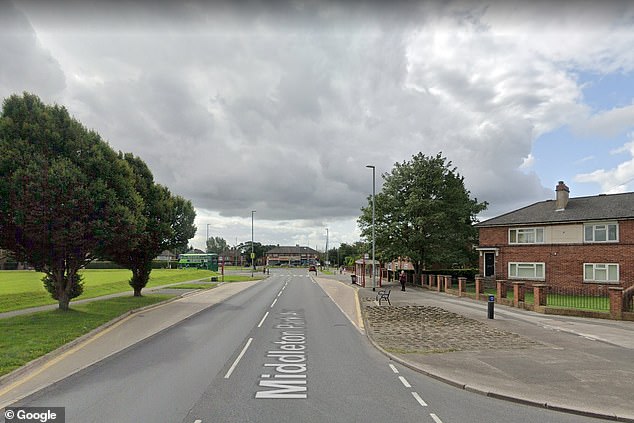 The teenager was stabbed five times in the horrific incident in broad daylight near the intersection of Sissons Road and Middleton Park Avenue in Middleton, Leeds, West Yorkshire, and is undergoing surgery (file image of the location)

One resident said: ‘It’s shocking. I am so shocked why children carry knives and feel so sorry for the poor boy and his family.”

West Yorkshire Police said: ‘A 15-year-old man has been arrested in connection with an incident in Leeds yesterday where a teenager was stabbed.

“The man was arrested last night on suspicion of intentional wounding in connection with the incident which took place near the intersection of Sissons Road and Middleton Park Avenue, in Middleton, shortly before 4pm.

The victim, a 15-year-old boy, was treated in hospital for injuries that were serious but not considered life-threatening.

“The arrested youth remains in custody and detectives from the Leeds District CID are continuing to investigate the incident.”