Biden will bring 30,000 immigrants from Cuba, Nicaragua and Haiti each month, but insists he will quickly turn away anyone who tries to cross the border: The president will visit El Paso on Sunday to address a historic increase

By Nikki Schwab, Senior US Political Reporter for Dailymail.com

President Joe Biden will continue to use COVID-19 restrictions to expel border-crossing migrants from Cuba, Nicaragua and Haiti, while allowing up to 30,000 people from those countries to enter the US by air on a monthly basis.

Reuters reported ahead of Biden’s immigration speech on Thursday about the outline of the White House plan, which penalizes those who arrive on foot at the US-Mexico border, but also allows asylum seekers to enter the country.

“The legal avenues we are announcing today are generous, but at the same time there are serious consequences if they are circumvented,” a senior administration official told Reuters.

Reuters also confirmed that Biden will make a border stop in El Paso, Texas, on Sunday, as he is due to be in Mexico for the ‘three amigos’ summit on Monday and Tuesday. 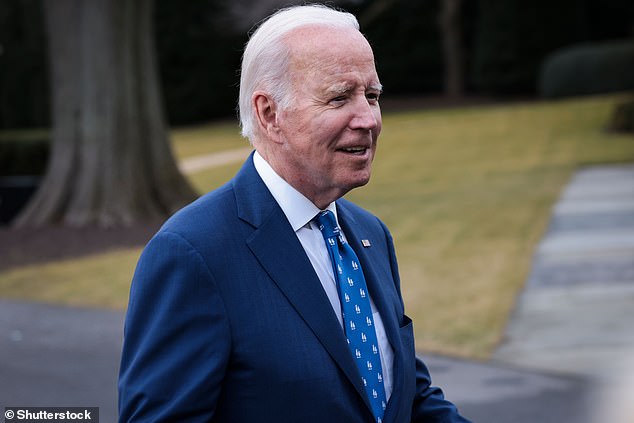 President Joe Biden said Wednesday that he hoped to see “peace and security” if he visits the southern border next week, as he plans to give a speech on immigration Thursday from the White House.

Biden had sparked a trip to the border Wednesday as he traveled to and from Ohio and Kentucky to promote his bipartisan infrastructure bill.

“That is my intention, we are working on the details now,” he said on the tarmac as he was leaving the Cincinnati area when asked if a border trip would take place before his meetings with Mexican President Andrés Manuel López Obrador and the Canadian Prime Minister Justin. Trudeau.

Landing at the White House, he said he hoped to see “peace and security” on the southern border.

‘No, I’m going to see what’s going on. I’m going to give a speech tomorrow about border security and you’ll hear more about that tomorrow,’ she said.

Biden is also expected to pressure Republicans, who have now seized a majority in the House, to stop blocking Democratic-backed immigration laws.